The pope called for change and accountability 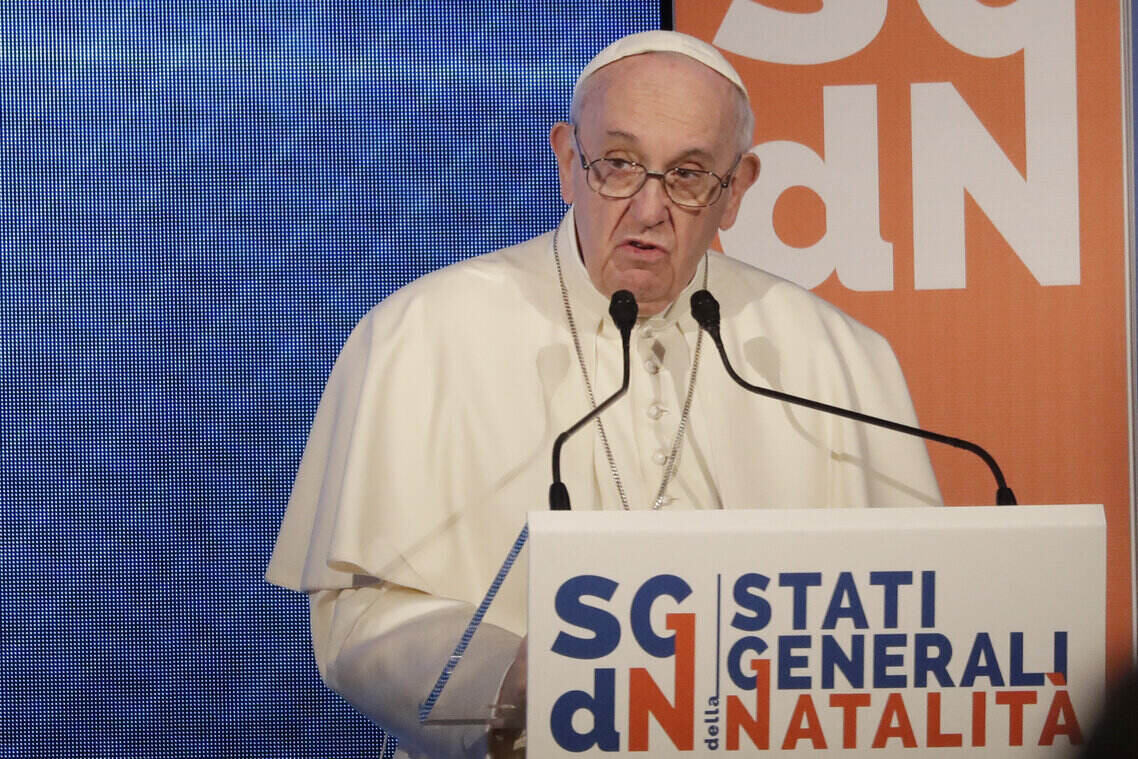 The pope was invited to open this day of reflection in the presence of several senior Italian politicians, including Prime Minister Mario Draghi and Mayor of Rome Virginia Raggi.

“During the reconstruction phases following the wars which devastated Europe and the world in the past centuries, there was no restart without an explosion of births,” Francis insisted during his long speech.

The pope expressed his worry about Italy becoming an “old country, not because of its history, but rather because of the advanced age of the people.”

“A society that does not welcome life stops living,” he added.

It is the situation in Italy that particularly worries him as the birth rate in the county has continued to fall. With 1.27 children per woman (compared to 2.44 in 1961), the trend of having only one child has become the norm. That is a much lower rate than in France, where this figure stood at 1.88 children per woman in 2019.

“Where is our treasure, the treasure of our society? In children or finances?” asked the pope.

He attributed this “demographic winter” to a structural weakness of Italian society as well as the individualistic mentality.

“The message that is spreading is that thriving is synonymous with making money and being successful, with children appearing almost as a barrier, which should not hamper anyone’s personal aspirations. This mentality is gangrene for society and makes the future unsustainable,” he said.

“I think with sadness of women who are discouraged by their work to have children, or who have to hide their bellies. How is it possible that a woman should be ashamed of the greatest gift life can give you?” he asked, adding that “it is not the woman, but the society that should be ashamed.”

“The dramatic birth rate and frightening figures of the pandemic call for change and accountability,” he further stated.

It is not the first time, far from it, that François expresses his deep concern for the demographic situation of Europe, and more particularly that of Italy.

“An Italian sociologist told me the other day, speaking about the demographic winter in Italy, that within 40 years, we will have to import foreigners so that they can work and pay taxes for our pensions,” he said to a French journalist in early March on the plane that brought him back from Iraq.

“You, French people, have been more cunning, for 10 years, you have had a law that supports families, and your birth rate is very important,” continued the pope.

Earlier, in April 2017, he also hinted at low birth rates in very harsh terms and linked it to the debate on migrants.

“We are a civilization which does not produce children, but we also close the door to migrants,” he said, calling it a suicide.

Title image: Pope Francis speaks at a conference on the Demographic Crisis in Rome Friday, May 14, 2021. Pope Francis added his voice Friday to the chorus of alarm about Italy’s demographic crisis, calling for government policies that provide the necessary financial stability to encourage young people to stay in Italy and have families. (AP Photo/Andrew Medichini)