Authorities investigated the crime as a terrorist attack 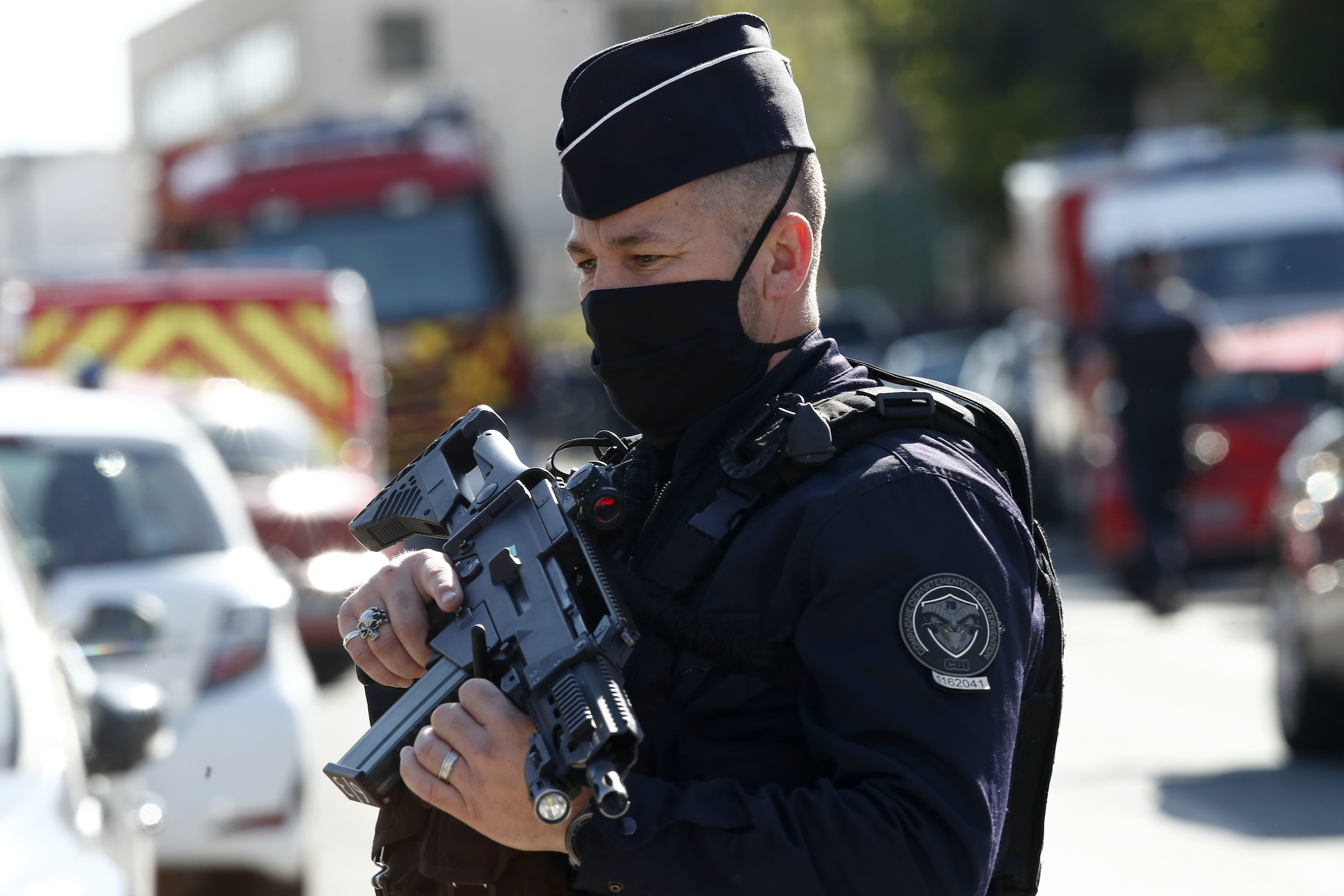 At the entrance to a police station in the French town of Rambouillet, a Tunisian stabbed a police officer who suffered severe injuries and died on the spot. Her colleagues shot and arrested the attacker, who later died at the hospital. The counter-terrorism prosecutor’s office is investigating the case.

An AFP source familiar with the investigation said the attacker shouted “Allahu Akbar” (God is great). The woman working at the reception desk of the police station when the attacker injured her on the neck. The 49-year-old woman died on the spot despite firefighters giving her first aid, leaving behind two children. According to Le Parisien, the man attacked her while she was returning from lunch.

In response to the attack, French President Emmanuel Macron said that France would not slow down in the fight against Islamist terrorism while his main rival in the 2022 presidential elections, Marine Le Pen, decried the fact that the government seems paralyzed to stop terrorist incidents that have plagued France for years.

“The same horrors follow one after another, the same infinite sadness when thinking of the relatives and colleagues of this murdered policewoman, the same profiles guilty of this barbarism, the same Islamist motives… We can’t take it anymore,” Le Pen wrote on Twitter.

On n’en peut plus. MLP #Rambouillet

While the Tunisian man was a legal resident during the time of the attack, Le Pen indicated that he had been living n the country illegally for 10 years before he was naturalized instead of being expelled. She indicated that the lax French immigration system was responsible for the policewoman’s death.
“How could a man who has remained underground for 10 years in our territory be regularized? Why are the hundreds of thousands of illegal immigrants present in France not expelled? #Rambouillet,” she wrote.

“The republic has lost one inconspicuous heroine today due to a barbaric and very cowardly act,” Castex said.

The media, referring to the police, identified the attacker as a 36-year-old Tunisian who resided legally in the country and had no criminal record.

According to the prosecutor’s office, the man surveyed the area before the attack. At the crime scene, anti-terrorism prosecutor Jean-François Ricard stated that he took over the case mainly because of the way the attack was carried out, the victim’s profile, but also the “remarks” made by the perpetrator.

“We will not slow down in the fight against Islamist terrorism,” Emmanuel Macron wrote on Twitter.

“She was a policewoman. Stéphanie was killed at her police station in Rambouillet in the already affected department of Yvelines,” Macron added, referring to last year’s murder of teacher Samuel Paty and the murder of a pair of police officers in June 2016 in the same area.

Islamists have carried out a range of attacks over the years, with Paty’s beheading death last year being committed by an 18-year-old Chechen whose family was provided asylum in France after their request for asylum was rejected in Poland. The Chechen was apparently motivated to kill Paty after Paty showed a caricature of Muhammad during a lesson on freedom of expression in France to his class.

Paty is not the only one to suffer a beheading death at the hands of Islamists either.

In 2015, Hervé Cornara was beheaded by Yassin Salhi, who hung Cornara’s head on a fence post alongside flags of Chahada, an Islamic creed.

Hervé Cornara’s brother, Didier Cornara, told Le Parisien last year that the tragic murder destroyed his family and that the government has forgotten about him and the murder. He blamed Macron’s government for failing to take action against radical Islam to prevent another tragedy.

Over 250 people have been killed in terrorist attacks in France since just 2015. Last year, György Bakondi, the Hungarian prime minister’s chief security officer, stated in a televised interview that the reason France suffers from terrorism and not Hungary is that Hungary has rejected mass immigration.

Title image: Police officers gather next to the Police station in Rambouillet, southwest of Paris, Friday, April 23, 2021. A French police officer was stabbed to death inside her police station Friday near the famed historic Rambouillet chateau, and her attacker was shot and killed by officers at the scene, authorities said. (AP Photo/Michel Euler)