An increasing number of Ukrainian refugees in Britain are homeless 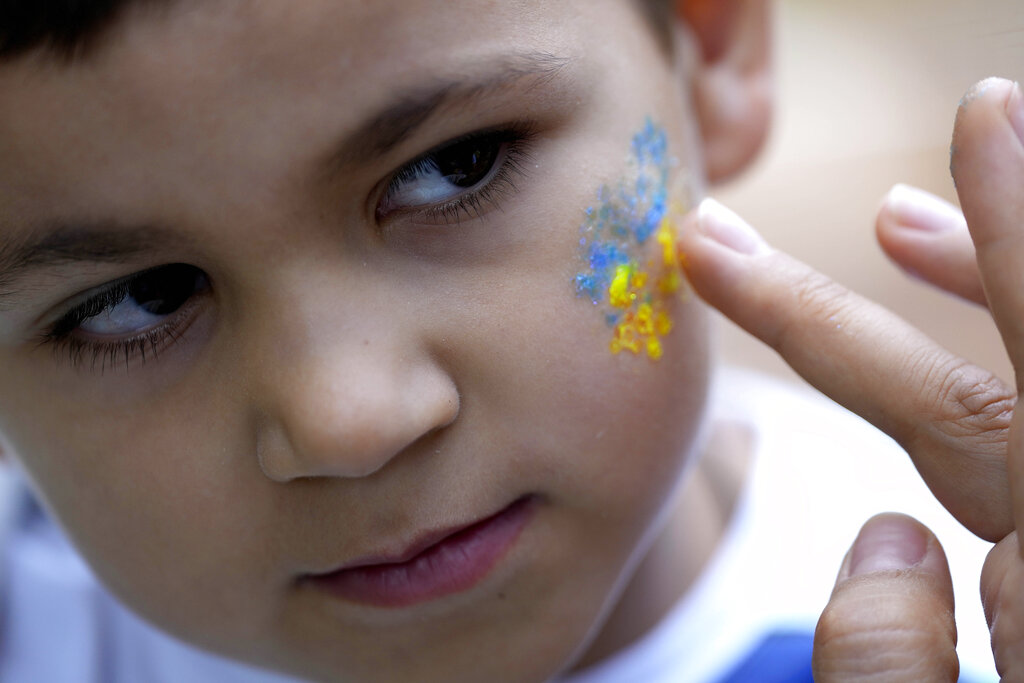 A young boy gets his face painted in the national Ukranian colors for a celebration of the Ukraine Independence day in Chichester, south England, Saturday, Aug. 27, 2022. Chichester has been named the most generous area in the country for housing Ukrainian refugees.(AP Photo/Frank Augstein)

The number of homeless Ukrainian refugees who had fled to the United Kingdom rose by 30 percent in the past month; the jump reflects the fact that some hosts have stopped housing Ukrainian asylum seekers given the end to financial incentives for landlords and the increasing cost of living in the country.

According to The Times newspaper, over two-thirds of the 150,000 Ukrainians who arrived in Britain received their visas under the Homes for Ukraine government initiative; this has allowed private persons, local authorities, churches, and charities to provide rooms for migrants for at least six months, for which they received £350 (€406) monthly of support from the state budget.

With that six-month period nearing an end, the number of Ukrainian families seeking an alternative housing solution is growing rapidly. According to data presented by the government, over 2,000 Ukrainian families with children, and 900 single refugees were homeless by the end of November. This is an increase of 800 in a single month.

Housing Minister Michael Gove is currently negotiating increased financing for families that are hosting refugees in their homes to prevent a looming crisis. One of the proposals suggests the monthly payments should be doubled to reflect the increasing costs of living, as well as to support those who host entire families with more funds than those who host single people.

The Times notes that the number of 2,985 Ukrainian families or single persons who are registered as homeless is probably an underestimation, as some local authorities are yet to submit statistics.