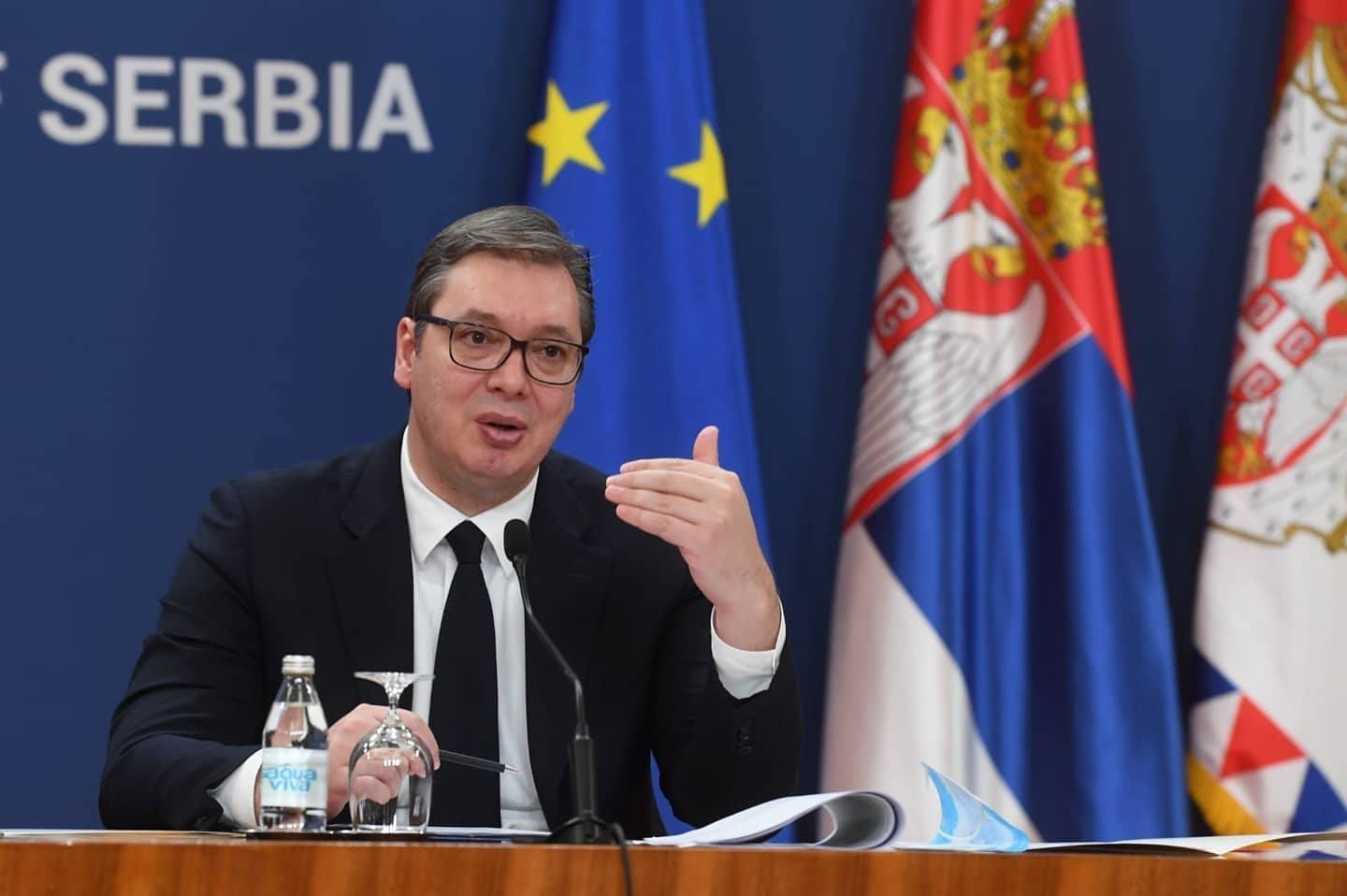 A planned assassination attempt  against Serbian President Aleksandar Vučić has been prevented, according to a police report. In a statement made by Bogdan Pusic, head of a police department investigation division, a plot to kill the Serbian President was planned for Jan 27 during the unveiling ceremony of a statue for the founder of Serbia, Stefan Nemanja. Eventually, the president did attend the ceremony secured by over 850 members of special police forces.

It is believed that organized crime, rather than political motifs, are behind the attempt on Vučić’s life. According to reports, the head of a Serbian criminal group, Velko Belivuk, who is currently in detention, was behind the plan.

Alongside Belivuk, 17 other members of the criminal group have been arrested on Feb. 4. They are thought to have acted under the guise of Serbia’s Partizan soccer club group, and have fought vicious battles against rival soccer club associations. Those arrested have been charged with murder, robbery and drug trafficking.

Vučić had first announced a fight against organized criminal networks in 2014 at the outset of his first term as prime minister. He was elected president in 2017 on a strong anti-corruption and organized crime platform. In 2020, he told his followers that Serbia “cannot become a possession of criminals, and cannot be governed by criminal networks”. Since 2014, he is credited with dismantling several drug and weapons trafficking gangs, including those tied to the capital Belgrade’s notorious soccer gangs.

This is not the first time that a plot has been unveiled against Vučić’s life. In 2015, attending a funeral for victims of the 1995 Srebrenica massacre, he was pelted with stones and bottles by an enraged crowd and was forced to leave the scene.

He later described the event as a pre-planned attempt on his life, although a more likely explanation is that mourners have found his presence insensitive at a commemoration of a mass murder committed by a Serbian ultra-nationalist, of whom he was a former supporter. Vučić is a former member of the ultra-nationalist Serbian Radical Party that had regarded Serbian political and military leaders of the 1990s Balkan wars as heroes. In 2008, he left the Radical Party and was among the founders of the Serbian Progressive Party, that is today a member of the European People’s Party.

According to police reports, as far back as 2016, weapons and explosives have been found near the house of his parents near Belgrade. Although no arrests were made in connection with the find, most commentators agree that this could have been an unsuccessful plot against the president’s life.

In 2017, a luxury Bentley had crashed into the president’s motorcade, prompting speculations of another assassination attempt. Although three people were detained at the scene in connection with the crash, such intentions were later disproved.

Vučić is regarded a nationalist politician and a conservative leader who has relatively close ties with other conservative heads of states in the region, such as Viktor Orbán of Hungary. Although he had to make concessions to Brussels’ pro-migration policies as a leader of a country seeking entry into the European Union, privately he is against the free-flow of masses of migrants through his country. Thus, it comes as no surprise that some local media, especially the George Soros funded Balkan Insight, have implicitly accused the pro-government media of artificially fanning the flames by creating conspiracy theories and hype surrounding these incidents.

However, Serbian authorities have good reasons to be extra-vigilant when it comes to threats against the lives of high-ranking politicians.

In 2003, then prime minister Zoran Dindic’s convoy was attacked by an associate of a powerful organized crime syndicate, who drove a truck into the car of the prime minister. Dindic had then escaped injury only to be killed later that year by a sniper’s bullet as he was exiting his car in the capital.

Dindic was also known for his hard stance against organized crime and had made many enemies in ultra-nationalistic circles by being the one who extradited former war leader Slobodan Milošević to stand trial for war-crimes at the Hague International Criminal Court.