Back to normal? Czech government introduces plan to reopen shops and schools

Step by step, Czech businesses can restore their normal activities 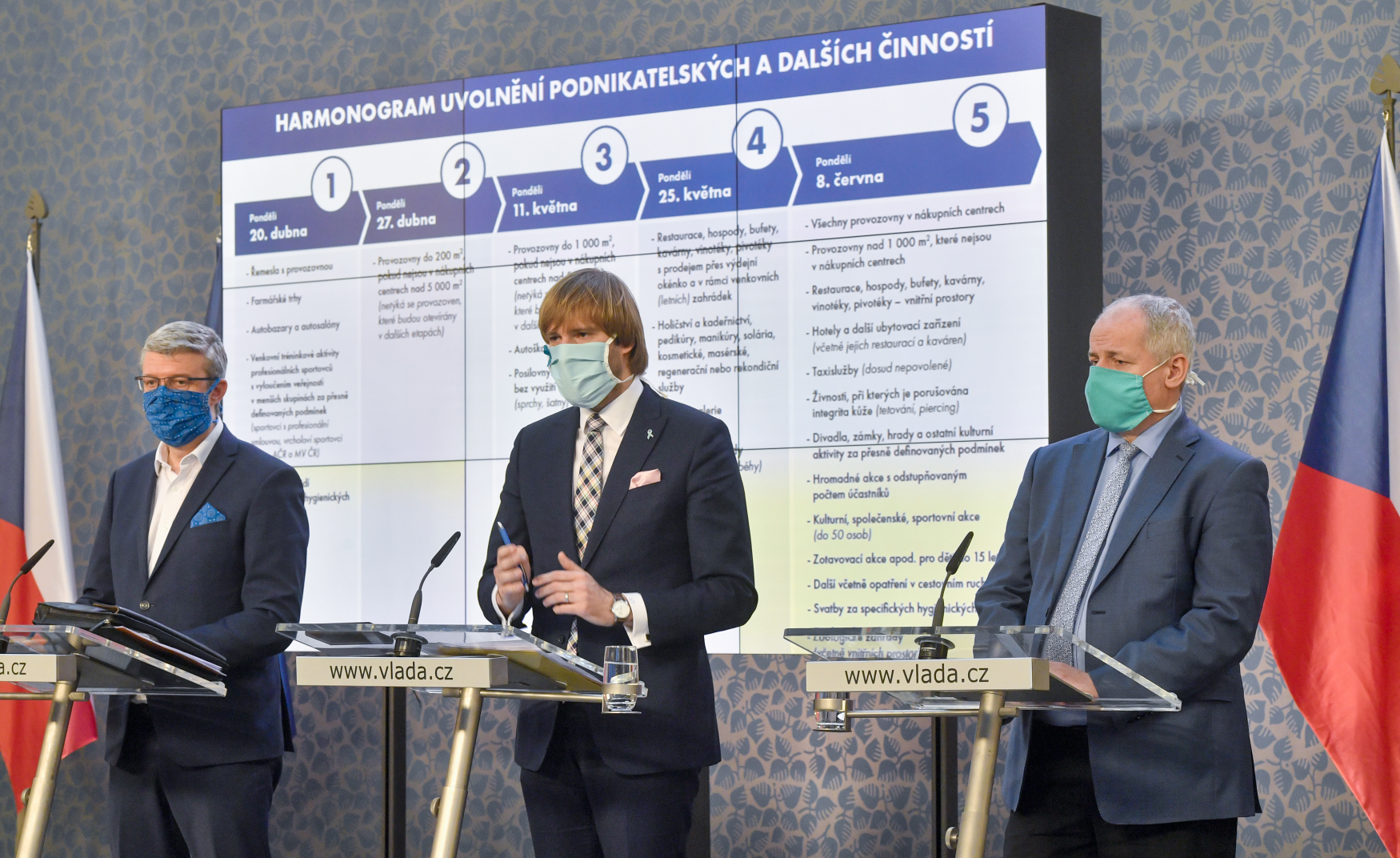 On Tuesday, the Czech government presented a five-stage plan to reopen shops and other facilities that have been closed over the coronavirus epidemic.

The government’s plan will start on April 20 and end with the fifth stage on June 8, however, ministers also said that nothing is guaranteed. The plan may change depending on the development of the epidemic.

Farmers’ markets, car dealers, and craftspeople with workshops will be the first to resume their business on Monday, April 20.

Gradually, other shops and services are set to follow.

In May, for example, driving schools, hairdressers, and fitness centers can resume their activities. Fitness centers will open on the condition that nobody can use changing rooms or showers.

Simultaneously, with the reopening of services and shops, students and pupils will return to school.

The oldest demographic, university students, will be the first to return to school as state final exams are approaching.

Universities can be reopened in the first stage of the plan, i.e., on April 20, but only for individual consultations of students in their senior year.

In May, secondary school students will return to schools, but solely for final exams.

Primary school pupils between the age of six and ten can voluntarily return to schools at the end of May. Teaching can only take place in classes with a maximum of 15 pupils.

Lessons for older children will not be renewed until summer holidays that take place from July to August in the Czech Republic.

“We followed the opinions of epidemiologists. Our priority was health protection, but we also had to follow some economic assumptions,” Minister of Industry and Trade Karel Havlíček said while explaining the government’s decision-making process. That is why economically endangered craftspeople with workshops were eligible for the first wave of businesses to reopen, but hairdressers and other cosmetic services, for example, are not able to open until late May.

It is not yet clear whether businesses restricted from resuming operations in May will be entitled to some compensation.

So far, the Czech government has released 25,000 korunas (€928) for each business owner affected by anti-coronavirus measures but this support can only be claimed until the end of April.