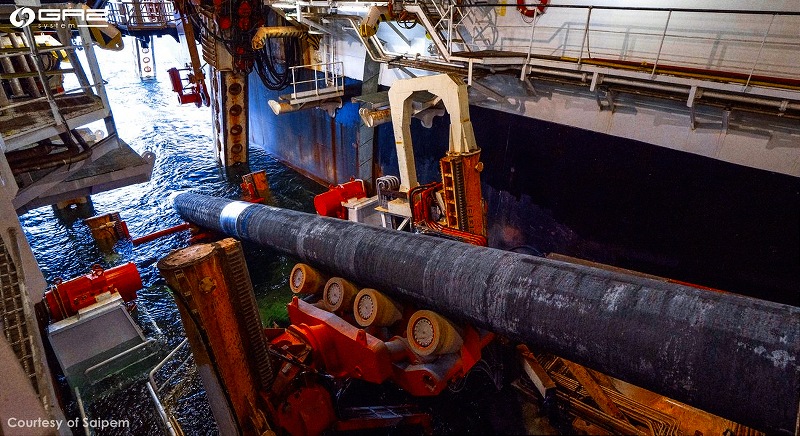 The laying of the underwater section of the Baltic Pipe pipeline was initiated in late June 2021. Work is going so efficiently, that by the end of July, information was released that the ships had completed 140 kilometers of the pipeline – more than half of the total planned 275 kilometers.

“This was key, and we expected the worst to happen. Of course, an agreement was signed between the companies responsible for both pipelines, but it is known that Russia will do everything to impede Poland’s energy independency. Fortunately, the crossover took place without any incidents, and only the second half of the pipeline remains to be finished,” declared Law and Justice (PiS) MEP Zbigniew Kuźmiuk.

Kuźmiuk believes that by the end of summer (when large storms will appear on the Baltic Sea) the remaining part of the project will be completed. All that will remain at that point is finishing the Danish section of the pipeline.

The MEP Kuźmiuk emphasized the importance of the situation from both an energy and political point of view.

“Finally, our Eastern neighbor [Russia] will not impose any decisions on us. If they offer us gas on the same conditions and prices as they have done for Germany for years, then of course we will eagerly buy it from them. If not, then we will have other sources. This is why the investment is a thorn in Russia’s side and they were ready to pay much for it to fail,” he said.

Kuźmiuk added that the pipeline is a historic investment because Poland has been unable to gain independence from Russian gas since it regained its freedom in 1989.

He added that the Świnoujście LNG gas terminal is also another way for Poland to have energy independency and that the terminal is being developed to increase its receiving ability to up to 7.5 billion cubic meters of gas.

“For years, Russia used resources as a weapon and Moscow put a gas gun to our heads. We had to comply because we had no other options. Now we will still be able to purchase gas from them on our terms,” he noted.

Kuźmiuk reminded that the terrible conditions of Poland’s gas deal with Russia made it so that Poland was forced to pay Russia immediately for the gas even if it was unable to use it all. To make matters worse, Poland did not have any rights to re-export the surplus of gas, and Donald Tusk’s government wanted to extend this unfavorable contract until 2037.

“Thankfully, following a conflict in the EU and President Lech Kaczyński’s intervention this contract was extended only to 2022,” he said. Later there was also an efficient lawsuit in an international tribunal, which Poland won, concerning Russia inflating gas prices.

The MEP confirmed that the final part of the Baltic Pipe in Denmark will be completed by Fall 2022 despite issues with environmental permissions, owing to the swift intervention of PM Mateusz Morawiecki and President Andrzej Duda.

Baltic Pipe is a strategic project meant to create a new supply chain of natural gas from Norway to the Polish and Danish markets, as well as the markets of neighboring countries. The pipeline will be able to transfer 10 billion cubic meters of gas annually to Poland and 3 billion cubic meters to Denmark from Poland.