3.7 million liters of fuel at risk of leaking into sea 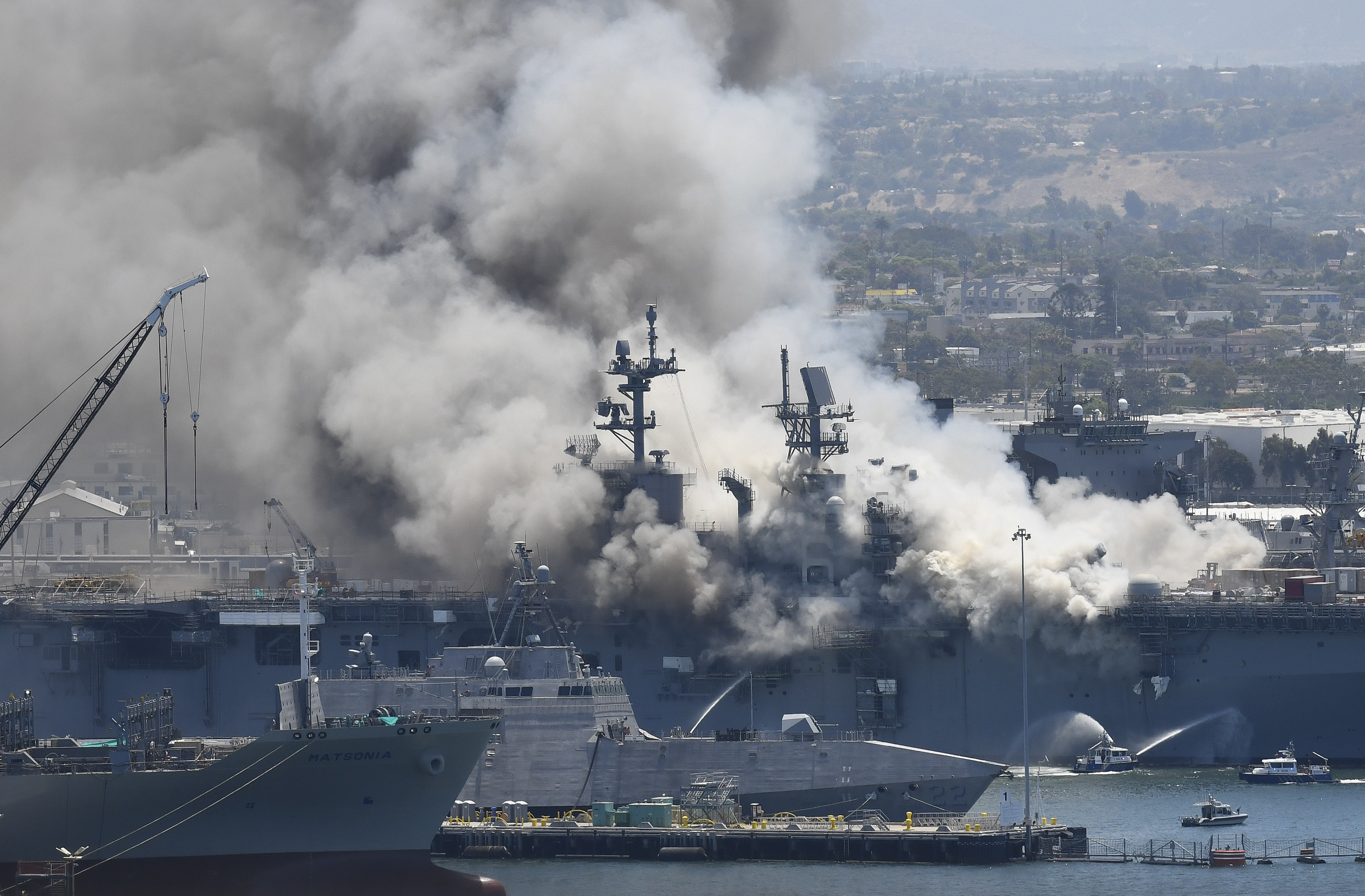 Federal firefighters are still battling to contain a fire aboard the amphibious assault ship USS Bonhomme Richard at the San Diego Naval Base, which threatens a giant spill should the flames reach the 3.7 million liters of fuel in its tanks, news portal Origo reports.

The fire broke out after an explosion aboard the ship on Sunday morning and since then at least 59 people taking part in fighting the blaze have had to be treated, of which 36 Navy personnel and 23 civilians suffered from smoke inhalation, exhaustion or minor burns.

Rear Admiral Philip Sobeck, commander of Expeditionary Strike Group 3, said the fire was threatening the ship’s superstructure but he was hopeful that the fire will not reach the fuel tanks located two decks below. He also confirmed reports that because the ship was undergoing maintenance, its Halon fire suppression system was not activated.

The 255-meter long ship began to list to starboard (right side), because of the water pumped in to suppress the fire.

Lawrence Brennan, professor at New York Fordham University, said that should the ship fall apart during the fire, the environmental catastrophe would cause billions of dollars worth of damages.

The fire is also a nightmare for the U.S. Navy from a strategic perspective as it will set back or at worst overwrite its plans to operate continuous deployment of F-35B fighters in the Pacific. The ship was one of four large amphibious ships modified to carry the fighters in a $219 million General Dynamics contract in 2018.

Title image: Smoke rises from the USS Bonhomme Richard at Naval Base San Diego on Sunday, July 12, 2020, in San Diego after an explosion and fire on board the ship. (AP Photo/Denis Poroy)