‘Beginning of an invasion,’ says Nigel Farage after record number of migrants reach UK shores over the weekend 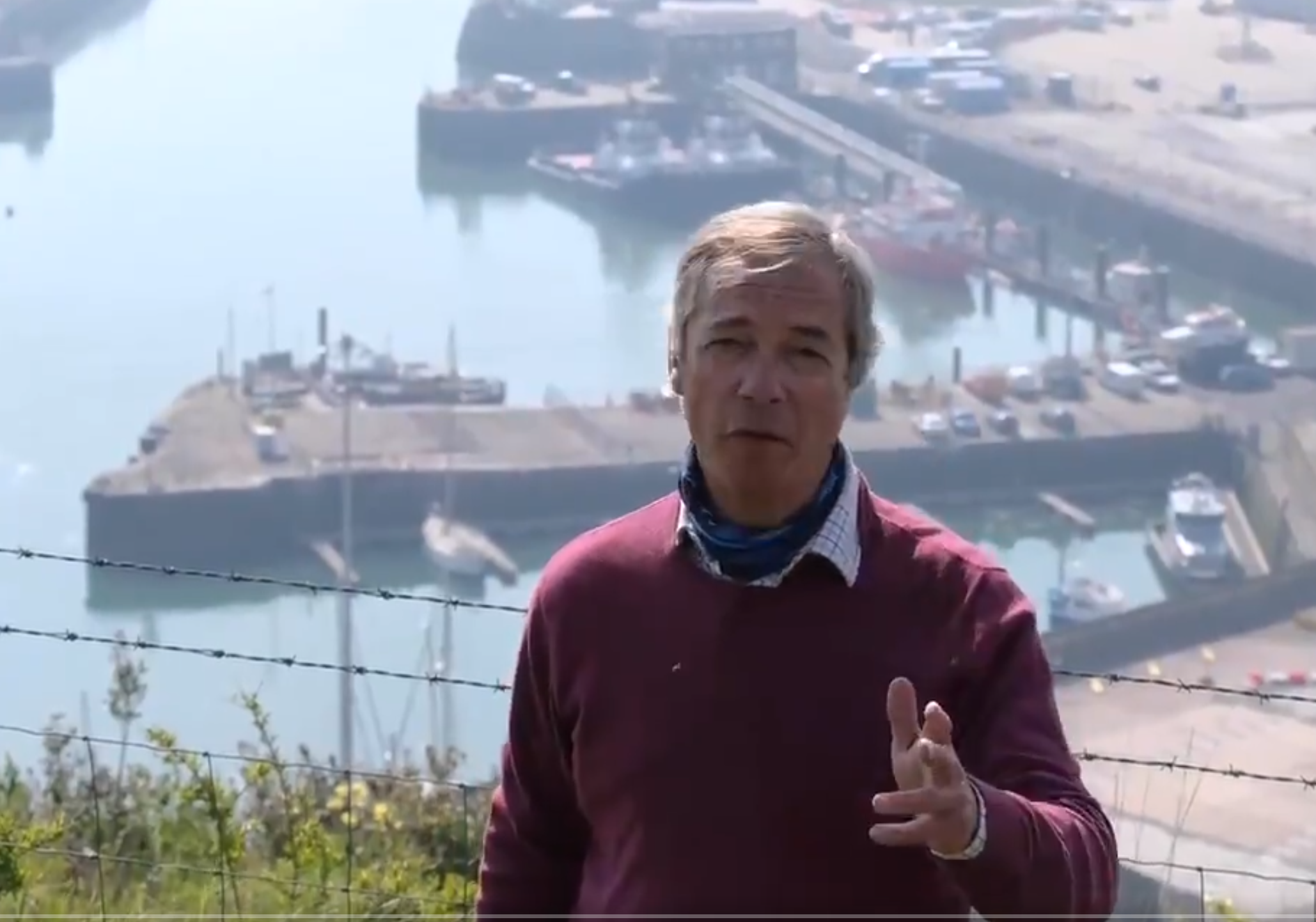 At record 300 migrants reached the United Kingdom’s shore this weekend after another boat made the hazardous journey across the English Channel, prompting Brexit Party leader Nigel Farage to label the migration wave the “beginning of an invasion”.

Overall, eight ships were stopped by the UK Border Force in the English Channel on Friday during the UK’s coronavirus lockdown. One of them included 51 immigrants crammed on board. In total, there were 145 migrants picked up, which is a new single-day record.

Just one day after that, the Home Office confirmed that 82 more migrants were found and brought to Dover, according to Kent Online.

“As I have predicted, a record number of illegal immigrants have been taken into Dover. All along the coast there are many more,” Farage warned on Facebook about the record-breaking number of crossings.

“This is the beginning of an invasion,” he added.

Seventy of the migrants were discovered on inflatable boats, another 12 men were found at Dungeness headland on the Kent coast.

Immigration officers were called again on Sunday early morning to a boat with 17 migrants aboard. They were also taken to Dover, where they will be tested for coronavirus.

The Home Office stated that these attempted crossings are “reckless acts facilitated by criminals that we are determined to stop”.

COVID-19 lockdown was introduced in the UK on March 23. Since then, at least 853 migrants have been stopped by local authorities, rescued and brought ashore.

Many of the migrants are fleeing from France, which is a safe harbor country that currently has no conflicts or humanitarian conditions that should justify Britain being required to take in the migrants. Nevertheless, Britain must still adhere to European Union regulations that force countries to allow migrants to apply for asylum even if they arrive illegally from a safe country.

Farage, who has recently been reporting on the migrant crisis in the UK, was told by police last week that his film work covering illegal migrants arriving in Dover was in “violation” of social distancing rules in place during the coronavirus crisis.

There have been over 300 attempted illegal migrant boat crossings over the weekend.

RT if you think the government should get a grip of this scandal.

Farage has responded with a new video at the port of Dover entitled: “I will not be intimated.” He vows that despite harassment from authorities, he will continue reporting in a legitimate capacity while adhering to all coronavirus restrictions.