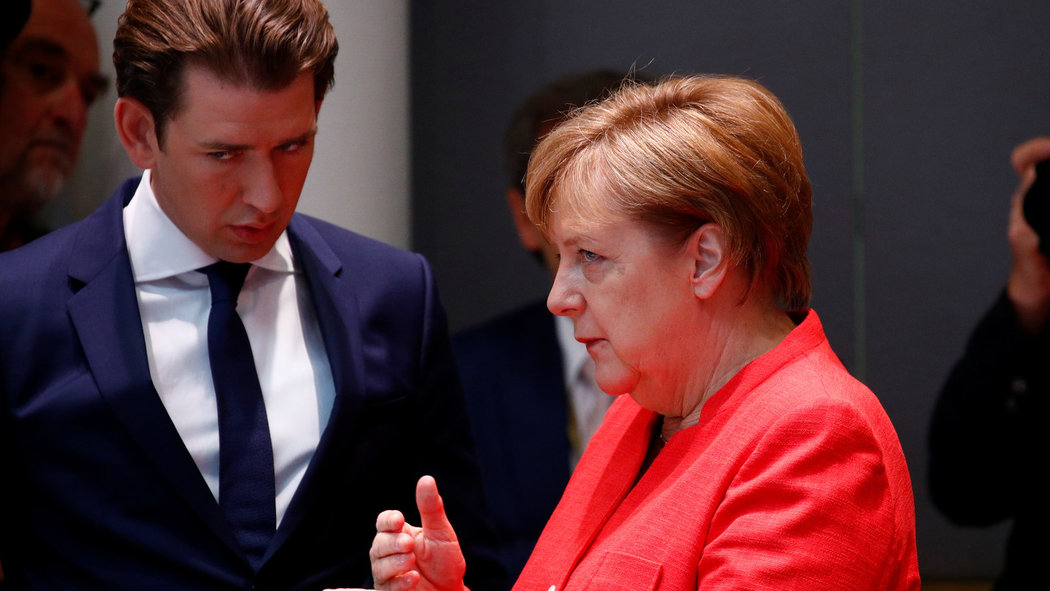 Coronavirus is fueling disputes between Germany and Austria

Relations between the two countries are getting worse

Germany is still refusing to open its border with Austria despite a request from the Austrian Chancellor Sebastian Kurz, and some Austrian commentators are even beginning to wonder if the German refusal is part of a campaign targeting Austria.

One thing is certain. If the Germans do not allow their citizens to go on holiday to Austria in the summer, the Austrians will have serious problems, as about half of the foreign tourists who head to Austrian hotels come from Germany. Austrian tourism is thus essentially dependent on its neighbor.

But if you would expect that these two nations, speaking the same language, will quickly agree on the resumption of tourism, you would be deeply mistaken. The Germans have so far been very cautious about the Austrian chancellor’s repeated calls to open the border with Austria as soon as possible.

At the same time, he reminded Austrians of their sore spot: the Tyrolean ski resort Ischgl, from which the coronavirus infection spread in several European countries after Austrians decided to close the resort too late.

“We have already seen what the infection can cause in a popular recreational area,” continued Maas, adding that there should be no rush to reopen the borders.

But some Austrians are unhappy with the fact that their government has to keep persuading the Germans to reopen the borders. To many Austrians, it seems as if the German government wants to make it clear to its neighbors that they cannot do without Germany — and that if they want something, they have to ask nicely.

It’s also clear that Germany’s behavior towards Austria during the coronavirus epidemic is not the first example of the strange relationship that Germans have had with Austrians recently.

“Germany is punishing Austria,” wrote Martina Salomon in an opinion piece for the Kurier daily.

She notes, for example, that when German Interior Minister Horst Seehofer talks about the possibility of a gradual opening of the borders, he talks about the north of Germany, not the south. This is even though the north features Sweden, which has the most open and relaxed approach to fighting the pandemic in Europe.

On the other hand, according to Salomon, Seehofer opposes a fast reopening of the border with Austria, which has achieved almost identical results in controlling the disease as Germany. At the same time, the Austrians definitely also have better results than the Dutch and Belgians, who are also expected to be given priority over Austria when German borders are reopened. So why is the German government treating Austria so “unfairly”?

Are the Germans bullying Austrians?

Salomon states three possible reasons for this. First, Bavarian politicians, in particular, want to persuade residents to spend their holidays at home rather than as usual in the Austrian Alps.

The second reason for Germany’s hesitation to open the border with Austria may indeed be the delayed reaction of the country on the spread of the virus in the Ischgl ski resort. Nowadays, foreign politicians can easily use this as a reason to label Austria a dangerous country.

According to Salomon, the third reason might be intentional bullying from the Germans to make it clear to the Austrians who is the “master”. Salomon points out that this was also the case, for example, in the recent refugee crisis. The Germans have allegedly misused the crisis to bully the Austrians as well.

“In Walserberg and Kufstein, commuters and travelers have been tortured by the border controls for years under the pretext of the refugee crisis,” Salomon wrote regarding the situation at the two border crossings, adding that Europe without borders is a myth.

However, some German commentators and ordinary Germans consider the Austrian reaction to the closed borders to be overblown. In the eyes of some Germans, Austria’s reaction only reinforces the prejudices they have towards their Austrian neighbors.