According to experts, this is the opposition’s largest mobilization in 11 years 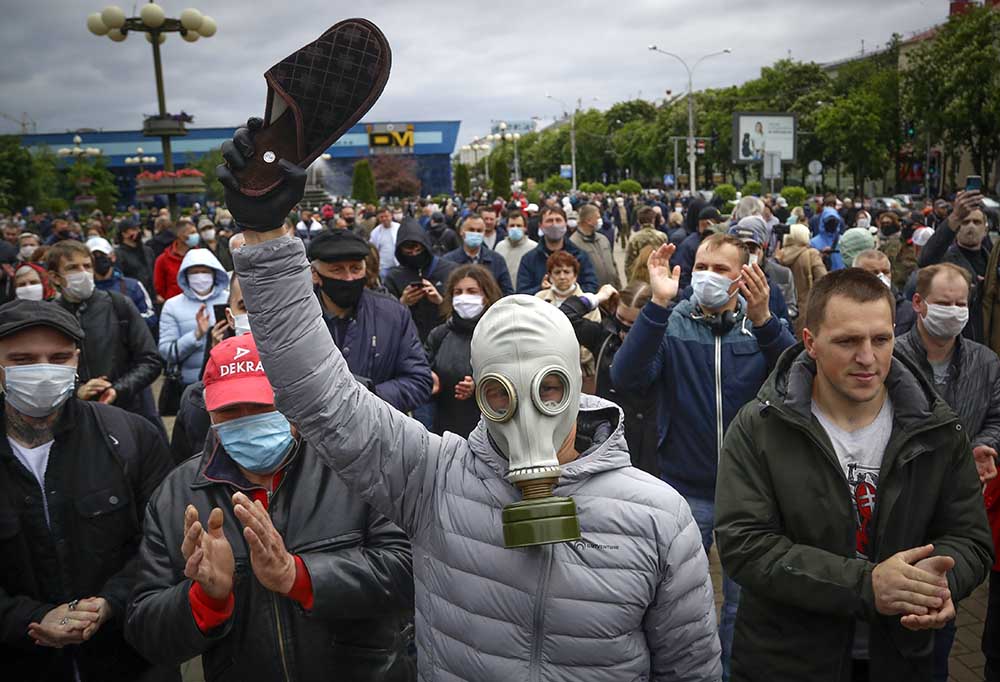 Thousands of people in several Belarusian cities, including Minsk, have taken to the streets on weekend to demand the government free opposition leader Siagiey Cihanouski.

Cihanouski is a popular blogger and YouTuber who has been leading protests against Alexander Lukashenko’s regime. He was arrested by Lukashenko’s security services a few days ago.

Many Belarusians have also been signing letters of support for Cihanouski’s wife as candidate for the upcoming presidential elections on Aug. 9, 2020. People were waiting for hours in lines to sign the list.

Many Belarusians are using social media to spread information about the protests. Journalist Franak Viacorka was holding a live feed on Twitter in which he describes the thousands of people who have gathered in the center of Minsk to protest the arrest.

I think the Square already began. If I would be Lukashenka, I would be very scared. Crowds gathered in all regions of Belarus after the protest leader, YouTube blogger, S. Cichanouski was arrested pic.twitter.com/VX73rVRLgl

During the protests, many brought Belarusian and European Union flags. According to Viacorka, people also chanted, “Freedom! Freedom!”, “Overthrow the cockroach!” and “Free Cichanouski”.

Adam Eberhardt, the director of the Center for Eastern Studies in Warsaw, commented on the protests, emphasizing that such social mobilization has not been seen in Belarus in 11 years.

“The August elections may be very difficult for the authorities. There is huge social exhaustion with Lukashenko after 26 years. Mainly, the economic crisis, but also his underestimating the epidemic. Russia may also be supporting the destabilization, as it awaits proper integration,” the expert explained.

Title image: A man wearing a mask to protect against coronavirus, attends a rally to support for potential presidential candidates in the upcoming presidential elections in Minsk, Belarus, Sunday, May 31, 2020, AP.