Czechia is ready to defend its interests at the court 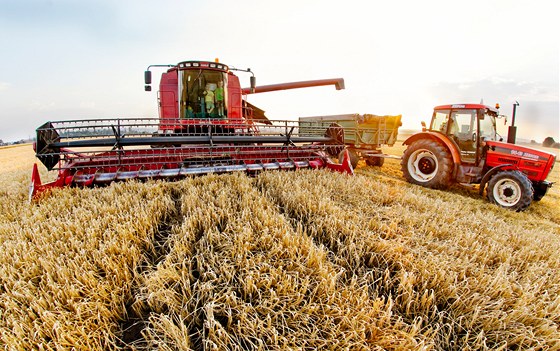 “A formal statement from the European Commission was delivered on Dec. 20, 2019. In the statement, the European Directorate-General for Agriculture and Rural Development (DG AGRI) proposes to exclude €45 million, or 1.16 billion korunas, instead of the original 7.5 billion korunas (€291 million),” said Lenka Rezková, spokesman of the State Agricultural Intervention Fund, which is in charge of redistributing European subsidies.

Brussels calculated the final amount that the Czech Republic will have to return after negotiations with Czech authorities.

According to Rezková, the European Commission decided the amount based on a flat-rate correction. The original fine for an erroneous drawing of European subsidies between 2015 and 2017 was thus reduced by more than 6 billion korunas.

The sanctions are based on the inquiry conducted in the Czech Republic in September 2017. At that time, Brussels examined whether the Czech authorities checked that the subsidies were really sent to farmers, as in 2015, the policy of the so-called active farmer was introduced. According to this policy, only applicants who make a living directly from the agricultural sector can benefit from EU support.

The aim was to prevent subsidies to go to entrepreneurs who do not personally engage in agriculture. However, Czech authorities were embroiled in a dispute with the European Commission over the interpretation of this status. The European Commission later imposed a fine of 7.5 billion korunas.

Despite the fine, the Czech Ministry of Agriculture has rejected claims it committed any misconduct.

“The European Commission reproached Czech authorities that some types of controls are not in line with its guidelines, either quality-wise or quantity-wise,” said Vojtěch Bílý, a spokesman of the ministry.

However, the agriculture ministry disagrees with the outcome of the inquiry and is ready to initiate a conciliation. According to Bílý, the government is even prepared to defend Czech interests at the European Court of Justice.

On the other hand, Marian Jurečka, who was the Minister of Agriculture at the time of the European Commission inquiry, considers the current development to be successful.

“It means that the Czech Republic’s arguments were really strong, given the significant reduction of the fine,” he said.