Brussels won’t be able to derail this Hungarian economy

The Hungarian economy will grow robustly, by more than 6% 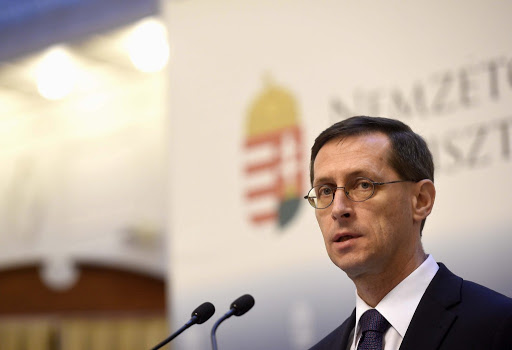 Despite a robust six percent growth predicted for Hungary in 2021, Brussels still believes that it can force its way, this time by withdrawing recovery funds under the pretext of the rule of law. The obsession with making the Hungarian people an example by the European progressive elite for Hungarian defiance in resisting the spread of LMBTQ ideology was confirmed by the vote in the European Parliament last week, when left-wing MEPs overwhelmingly voted to begin punitive proceedings against the conservative-ruled country. The demand towards the European Commission was to withhold EU recovery and development funds from the country until the government of Viktor Orbán repeals the child protection law that raises jail terms for acts of pedophilia and forbids gender identity propaganda in schools. However, according to Hungarian finance minister Mihály Varga, whichever way the EC sets out to punish his country, the Hungarian economy is resilient enough to withstand an economic onslaught of such magnitude.

In an interview for the online portal Origo, the finance minister gave a sobering overview in terms of the challenges that the Hungarian post-COVID economy faces, especially the significant rise in food and consumer goods prices. As he explained, the price rises have been caused by domestic as well as international factors, such as the fact that after the reopening of the economy, demand was much higher than what the market could satisfy, which in turn drove prices upwards. The post-COVID reopening also resulted in a huge spike in energy consumption, which also resulted in a nationwide rise in energy prices. However, there are also purely international factors, such as the trade war between Canada and the US, which drove up lumber prices worldwide.

Despite these difficulties, the Hungarian government is planning what the opposition has labelled an “election budget”, hinting at the planned parliamentary elections in 2022. For instance, the government is set to raise pensions to match increased inflation to above three percent, which will no doubt play well with older voters, who belong to the Fidesz party’s traditional voting segment. According to Mihály Varga, the government can afford such measures, since the economy is performing better than expected, largely due to protective measures taken in 2020. The latest numbers point towards a fourteen percent rise in the second quarter, which could result in a 6.5 percent annual rise in GDP. In 2022, the Hungarian economy is expected to rise by as much as 5.3 percent, which would mean that the economy could compensate for COVID losses within a year and a half.

This could mean a financial windfall not only for the elderly, but for couples with children, too. Prime Minister Viktor Orbán has made a promise to reimburse families with children their entire annual personal taxes in case the economy shows an annual growth larger than 5.5 percent. If the above figures are correct, the average Hungarian family could be in line for thousands of Euros worth of tax rebates by the beginning of the next year. This could affect over 1.5 million taxpayers.

As for accusations by the opposition that the government is squandering money only to buy itself votes before the elections, the finance minister pointed out that there were similar family and pension supporting measure before the 2014 and 2018 elections, both won by Viktor Orbán’s government, yet the budget has in both instances ended with a smaller deficit than planned, way below the three percent limit required by the EU. In contrast, the opposition, when in power, has produced a 6.6 percent deficit on average, and there were years when this went up as high as over nine percent.

When asked about the possible withholding of recovery funds by Brussels, Varga replied that it is shameful for Brussels to turn purely economic questions into political ones. However, according to the minister, this won’t affect the Hungarian economy in any decisive way, as even if the EU would withheld the entire recovery sum, economic growth would still be above six percent. The government had catered to such a scenario in advance. Brussel won’t be able to derail the Hungarian economy even if they tried, stated Varga.

Also reflecting on the fifteen percent global corporate tax rate, which the minister called the Biden tax, Varga reaffirmed his earlier stance that Hungary will resist the introduction of such measures. Although 130 countries have voted to accept the proposal, nine were against, including Hungary. This would impact the Hungarian corporate sector negatively, and the government will therefore oppose it, even if it means going against the proposal of the US president.