Influential Polish historian and publicist Sławomir Cenckiewicz is against erecting a statue of Tadeusz Mazowiecki, the first post-communist Polish PM. Cenckiewicz also criticized the 1989 Polish Round Table Talks as a “betrayal of the elites.” 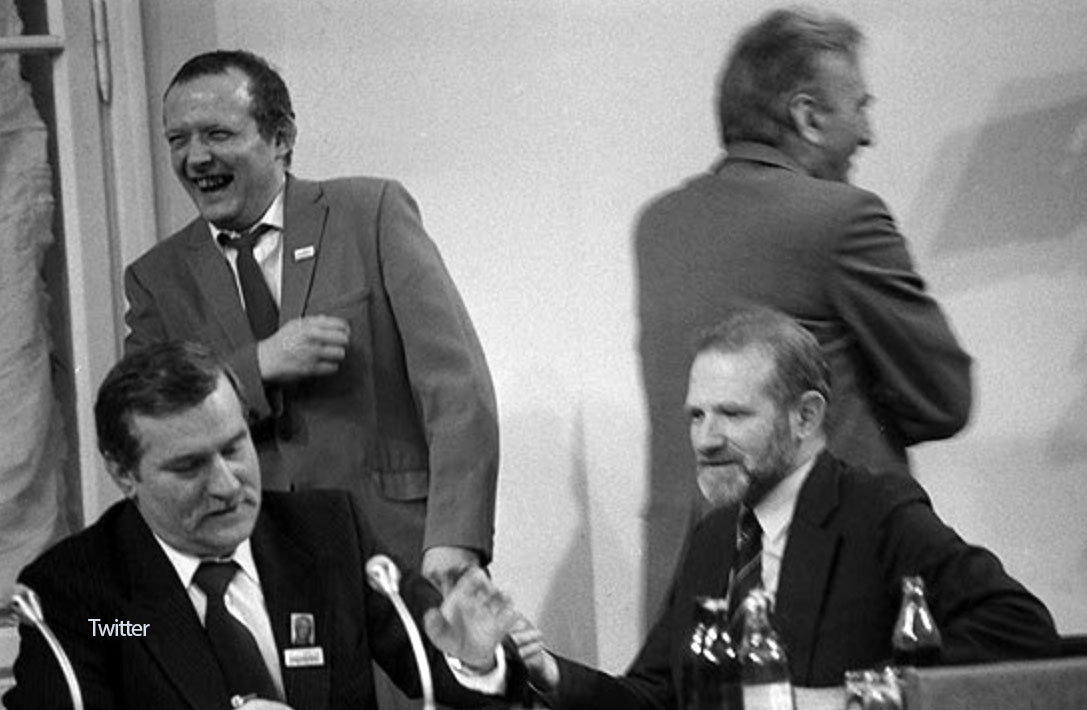 Picture above: A. Michnik, L. Wałęsa, B. Geremek and T. Mazowiecki (standing on the right) during Round Table Talks in 1989.

Cenckiewicz is in opposition to President Andrzej Duda, who evaluated that the Round Table talks were necessary: “although the account is not unambiguously good, it is positive. (…) I have no doubts, that it was necessary”. The President also claimed a statue of Mazowiecki should be erected in Warsaw.

Cenckiewicz opposed Duda, claiming that “we should have waited for Communism to fall on its own, because the communists just wanted to make themselves a partner. The Round Table was a betrayal of the elites.”

The Round Table was a betrayal of the elites

The historian also opposes the construction of a statue to commemorate Mazowiecki. “I negatively evaluate that character. I even thought about writing his biography, but I don’t think I’ll have time to do that.”

“Since the end of March 1989 there was a certain agreement, which isn’t written down in a secret addendum, but people from Adam Michnik [Gazeta Wyborcza head editor] accepted a form of government prepared far away from the Round Table,” the historian argued

The Round Table talks

The Round Table talks of 1989 were the negotiations between the opposition and communists in Poland. They led to the first partially free elections in Central-Eastern Europe after World War 2 on June 4th 1989 and forming the first government in CEE with a non-communist Prime Minister – Tadeusz Mazowiecki.