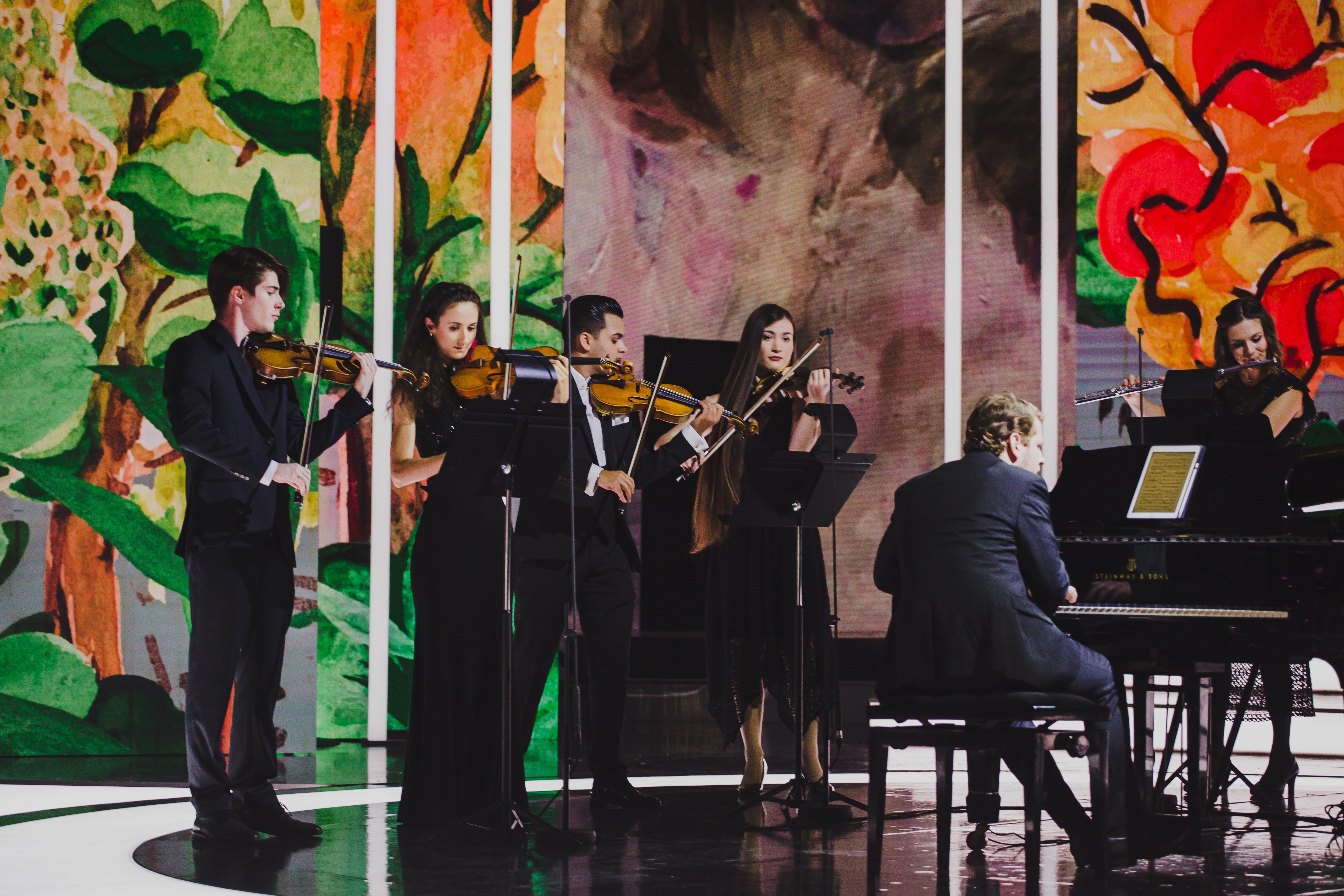 The 6th season of Hungary’s popular classical music talent show, Virtuosos V4+, will be making its debut this autumn under the theme “We play the same language”, with the program airing on Duna TV in Hungary.

Featuring some of the best classical music talent from the Visegrad Four countries of Czechia, Hungary, Poland, and Slovakia, plus Serbia, the series will start airing on Nov. 27.

The aim of the talent show, which also serves an educational purpose, is to showcase the classical musical diversity of the participating countries as well as their common cross-border culture in Central and Eastern Europe.

Mariann Peller, who serves as the creator, founder and producer of the Virtuosos show, said that the production has always sought to support the community, foster collaboration, and help the talent from the region have a broader platform.

“The mission of the program is to support a young generation that is proud of itself, its values and culture, and is working to improve the world; we seek to provide them with spiritual food and cultural richness,” she said. “This is the generation that can help this region move to the forefront of cultural and economic fields on a global scale. The idea of Virtuosos V4+ came about at the very beginning, with concrete negotiations starting during Hungary’s last V4 presidency. As Hungary will take the presidency again next year, the time has now come for the dream to become a reality, and for this, an unprecedented cultural collaboration must materialize.”

The participants of the program will have their performances aired in all five participating countries beginning Nov. 27 and is expected to reach up to 70 million people.

Not only is the program designed to share the rich musical traditions of each country, but the hope is also that it will foster an appreciation in classical music as well, including for younger generations who have a host of distractions.

“It is very difficult to turn the attention of today’s young people to classical music given their attraction to what dominates on the internet, specifically YouTube. But the Virtuosos show can present this wonderful world in a spectacular way. I would like these talents to have the opportunity to introduce themselves in Warsaw as well,” said Alicja Wegorzewska, a Polish mezzo-soprano participating in the permanent jury.

Hosting this year’s Virtuosos V4+ is legendary German showman Thomas Gottschalk, one of the most popular TV presenters of all time, along with Ida Nowakowska, a popular Polish actress and presenter.

Each country also worked together to secure several international stars to join the show for what is being described as a “super jury” for each broadcast.

In the first semi-final, Gabriel Prokofiev, the grandson of British-Russian composer and producer Sergei Prokofiev, will join the five-member international jury. On the second day of filming, Russian violinist Maxim Vengerov also joins the jury, while the super-jury member of the third show is Coco König, an actress of Austrian-Hungarian descent and star of the film The Carer.

Meanwhile, the special guest and member of the super jury for the “Super Final” is Maestro Plácido Domingo, who will also conduct an extended version of the show’s theme song which was composed by his son, Plácido Domingo, Jr.

The members of the international permanent jury have all been selected for their talents and are recognized as stars in their host countries as well. They include Erika Miklósa, a Hungarian coloratura soprano; Alicja Wegorzewska; Gabriela Bohacova, a Czech music-festival director; and Peter Valentovic, a Slovak conductor.

Plácido Domingo Jr., who composed the theme music for the show, said his theme paid homage to the “heroic” vibe of Hollywood classics because he believes those performers who made it onto the show are themselves heroes who are set to become the future stars of classical music.

Producer Mariann Peller thanked the Hungarian Ministry of Human Capacities for its support, the tireless work and commitment of the Prime Minister’s Office, Minister Zoltán Balog and his staff, the cooperation of Hungarian cultural institutes abroad, and the television channels in the participating countries that will be airing the show.

“Just as we have come together here ‘small’ – or not so small – it is clear that we are all connected in this region in heart and soul. Here, on this program, the expressive tool for this connection is classical music, culture. Hungarians, Slovaks, Czechs, Poles and Serbs — We play the same language!” exclaimed Peller.