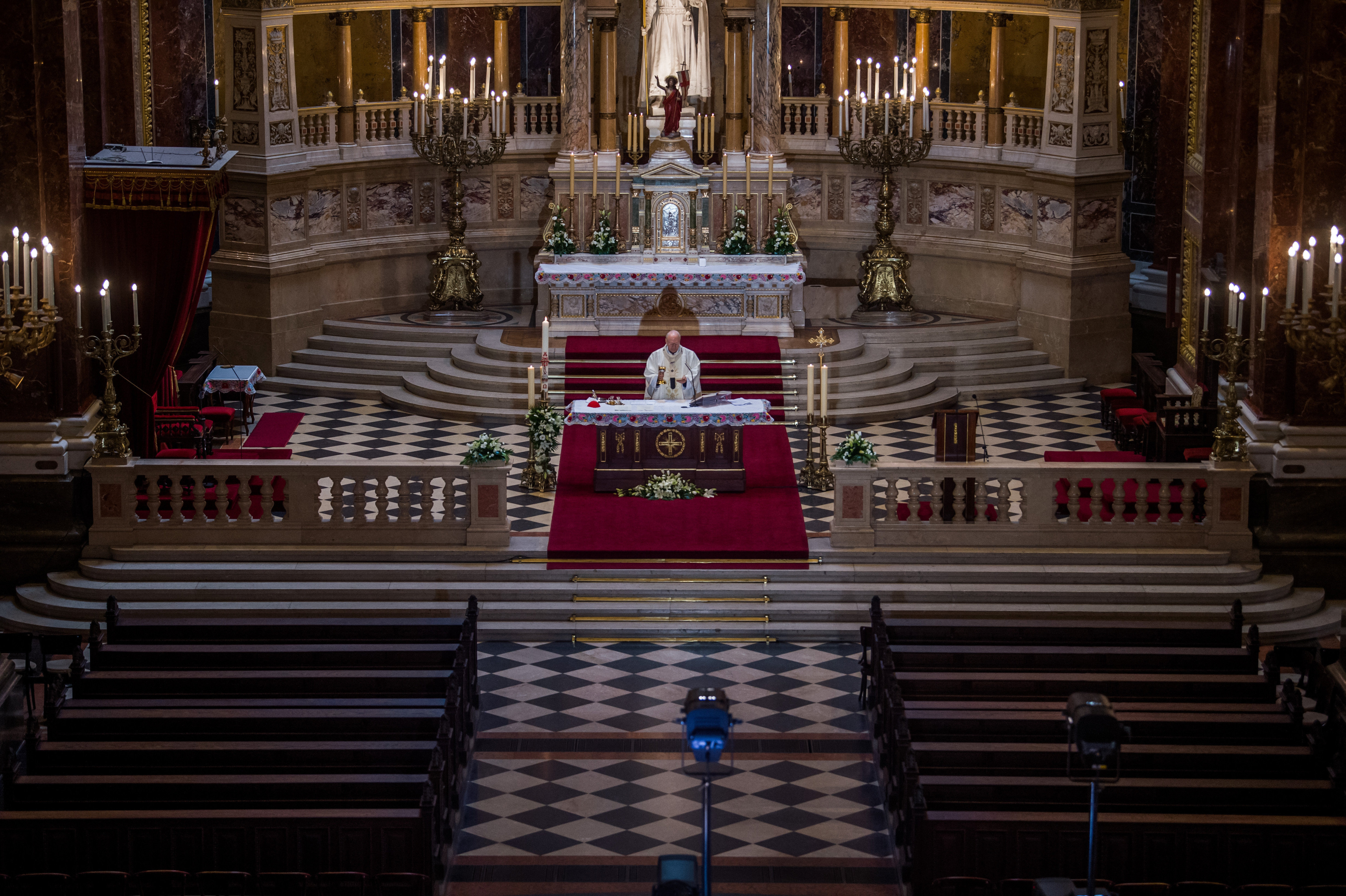 Most people in Central Europe are using the mandated or self-imposed quarantines of the coronavirus pandemic for spiritual recharge, with churches everywhere broadcasting Easter services over livestream.

In Hungary, Cardinal Péter Erdő, in a Holy Mass celebrated in the empty St. Stephen Basilica, said Christians must look beyond physical well-being to achieve self-awareness, dignity and freedom.

“It is much more important that we see the purpose of entire existence. For that, we must recognize values larger than ourselves and have to realize that even physical suffering can be meaningful,” Erdő said.

In Poland, the most religious of all Visegrád member states with almost 93 percent of the population Roman Catholic, Easter is usually marked by a huge outpouring of Catholic faith.

The country’s borders are currently closed, as well as schools, shops, restaurants and entertainment venues, but officials hope to soon be able to ease at least part of those.

Deputy Health Minister Waldemar Kraska said some restrictions would be eased after Easter to “turn on the economy a little”, but he did not elaborate.

In the Czech Republic, which has one of the least religious populations in the world, with 75 to 79 percent of people not declaring any religion or faith in polls, the holiday took a different turn.

A video posted by Prime Minister Andrej Babiš on his Facebook page opens with the politician chasing his wife with a two-meter whip. Far from being an encouragement for home violence, this tradition goes back to pagan times when the whipping of women was meant to chase away sicknes and bad spirits, and to bring health and youth to everyone for the rest of the year.

But the rest of the video was more serious, with Babiš urging citizens to observe the restrictions.

“We have extended the state of emergency, unfortunately some of our fellow citizens do not comply,” Babiš said. “If we mess it up now, it will have very negative consequences. We don’t know what will happen in seven to ten days.”

Slovakia, where 75 percent of the population is Catholic of one denomination or another, the government decided to step up lock-down measures during the Easter holidays and restrict people’s travels to the district in which they reside. Those breaching the new restriction face a fine up to €1,659. If people do not wear a protective mask, they may be fined €1,000.

But in all four countries, the common denominator shared by them all is the so-called “sprinkling”, where young men sprinkle maidens with water — often from buckets, but in a domesticated, modern version, mostly with cologne.

The tradition dates back to pagan times and is thought to be a fertility ritual.