WHO denies withholding information, but German federal intelligence says it has evidence that China was influencing the organization 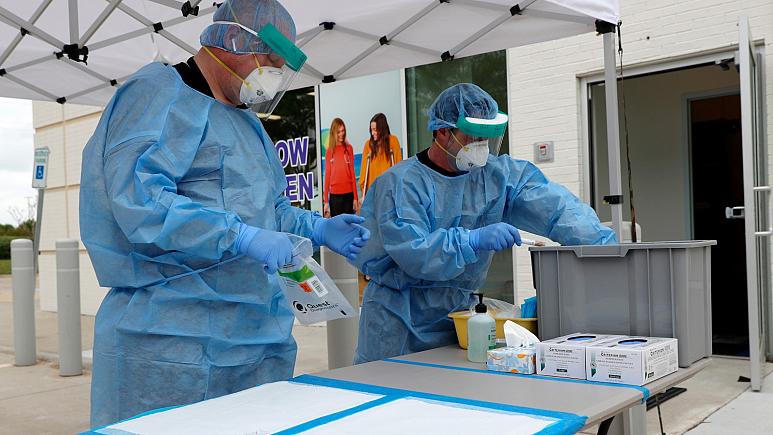 During a conversation on Jan. 21, Xi reportedly asked Tedros not to announce that the virus could be transmitted between humans and to delay any declaration of a coronavirus pandemic.

It was only at the end of January when the WHO finally warned that the coronavirus outbreak needed to receive international attention. Due to China’s secrecy, the world may have lost four-six weeks it could have used to counter the spread of the virus, the BND concluded.

Preliminary investigations conducted by the Chinese authorities have found no clear evidence of human-to-human transmission of the novel #coronavirus (2019-nCoV) identified in #Wuhan, #China??. pic.twitter.com/Fnl5P877VG

By Jan. 22, the WHO collected data from their own investigation showing that it “suggests that human-to-human transmission is taking place in Wuhan,” but needed more data to “to understand the full extent,” of that transmission. The WHO still waited until March 11 to declare the virus a pandemic even though the virus had been spreading for weeks across the globe, and critics say the delay may have been due to pressure from China.

Taiwan has also accused the WHO of failing to pass on its early warning about human-to-human transmission of the coronavirus. Taiwanese health officials maintain they alerted the WHO in late December about the risk of humans being infected  with the coronavirus, but claim the agency did not warn the world on account of its close relations with Beijing.

Taiwan is not permitted to be a member of WHO due to Chinese opposition, with the Communist Party claiming Taiwanese territory belongs to China.

During this time, Zhong Nanshan, China’s most famed pulmonologist, also confirmed on Jan. 20 that human-to-human transmission was occurring, but the WHO continued to downplay the risks. During this time, official data shows that China was hoarding medical equipment and also imported 56 million masks and respirators.

WHO head Tedros Adhanom Ghebreyesus and his China connections

The head of the WHO, Ghebreyesus, has come under attack for his defense of China throughout the crisis and his parroting of China’s assurances.

The Council on Foreign Relations wrote that Tedros owes China after the communist government backed the former Ethiopian health minister during his election to become director-general in 2017.

The WHO has shown support for China in other way as well, including releasing a statement praising “the commitment from top [Chinese] leadership, and the transparency they have demonstrated” over the coronavirus outbreak despite evidence the country actively covered up the pandemic’s spread and worked to silence whistleblowers from the China’s own medical community raising the alarm about the coronavirus.

Other institutions in Germany have also criticized China’s actions on top of the BND. Germany’s Robert Koch Institute also said that China failed to reveal all relevant information at the outset of the epidemic, which is what originally led it to turn to the BND for advice, according to a report in the Süddeutsche Zeitung.

The WTO said in a statement late Saturday that a German magazine’s report about a telephone conversation between WHO chief Tedros Adhanom Ghebreyesus and Chinese President Xi Jinping on Jan. 21 was “unfounded and untrue.” Chinese diplomats said the opposite was true, arguing that the communist country’s handling of the virus saved time that was then wasted by other governments.