Condeming dissidents is the surest way to destroy Europe 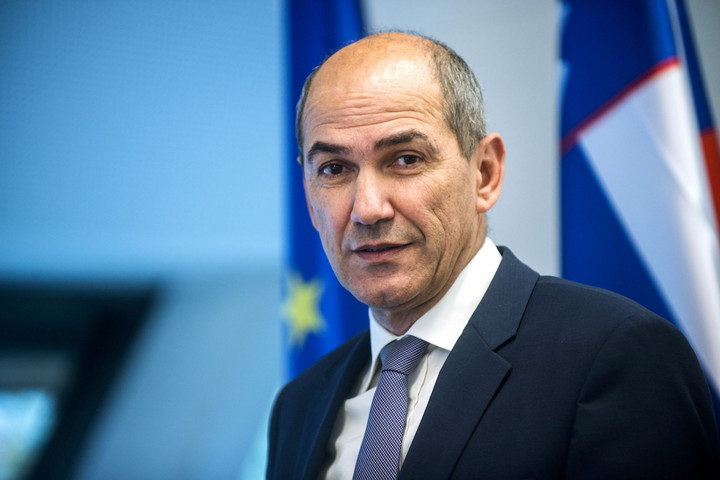 Differing views on the values ​​on which the European Union is founded must be respected, and condemning dissidents or using a double standard in their case is the shortest path to the collapse of the European Union, Slovenian Prime Minister Janez Janša told foreign journalists in Ljubljana on Friday.

Janša held a press conference on the occasion of Slovenia’s rotating presidency of the Council of the European Union for six months from 1 July. “I am not a believer in stigmatizing anyone in Europe or in the European family, be it an EU member state or its leader”, the Slovenian Prime Minister said.

He stressed that he did not support the boxing-in of member states or their leaders, nor the application of double standards in any case. He mentioned, by way of example, that while the European Commission does not object to a measure taken by one EU country, it will initiate proceedings against another member state for completely identical reasons, considering it to be flawed on the basis of European standards. If something is right in one member state, it must be correct in another member state, he underlined.

Responding to questions, he expressed his appreciation of Hungarian Prime Minister Viktor Orbán in connection with his “services to Hungary, the holding of democratic elections and the struggle for membership of the European Union”. He stressed that the Hungarian government had a solid and stable cabinet supported by a two-thirds parliamentary majority.

He said that the Hungarian Prime Minister has the right to express his opinion on the future of the European Union. In this context, he expressed the hope that no one would be excluded from the conference on the future of Europe in advance, which, in his view, would lead to a further narrowing of the Union’s future capabilities.

Responding to a much-debated question about the Hungarian law on the protection of children, Janša said the European Council’s summit in the second half of June had a heated and in-depth discussion on regulation, but was “less divided than it has been reported by some media outlets”.

Although member states have different approaches to the sex education of children, no one has questioned that all people are born equal, all people have the same rights regardless of their origin, sexual orientation or skin color, the Slovenian Prime Minister added.

In the spirit of the Slovenian Presidency’s program, which joined the European Union in May 2004, Europe seeks to recover from the crisis and increase its resilience, rethink the continent’s future, promote the rule of law and European values, and ensure security and stability in the European neighborhood.