New TV station wants to “puncture the pomposity of elites” 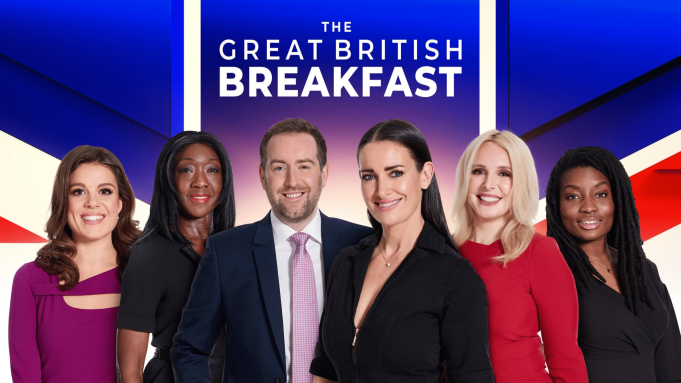 On Sunday evening, albeit with a few technical glitches, a new channel has been launched in the United Kingdom that has set the country’s conservative-minded viewers in its sights. The channel called GB News has been described as right-leaning, however, in the current media environment this could simply mean that it is staying away from the kind of metropolitan progressive news reporting that has entirely engulfed the British media landscape.

Led by former Sky News Australia boss CEO Angelos Frangopoulos, the real face of the new media outlet is former BBC presenter and Sunday Times editor, veteran broadcaster Andrew Neil. Neil, who was also editor of the conservative leaning The Spectator magazine, is known for his uncompromising and thoroughly professional interviews, feared by even the most seasoned politicians. Despite his prominence among British journalists, Neil has never been entrusted with presenting top-ranking news programs at his former employer, the BBC. According to opinions, this is a consequence of the gap between the BBC’s increasingly left-leaning news profile and his own center-ground, “middle Britain” stances on political and social matters of the day.

Although the leftward bias of virtually all major British news broadcasters was a subject of debate for over a decade now, still, perhaps the most potent inspiration for launching a counter-weight channel was the 2016 Brexit referendum, and debates surrounding British sovereignty that had sprung from the referendum campaign. It was the opinion of a number of those from the “leave” camp, that no British broadcaster was willing to give an appropriate voice to those who have argued for Britain’s departure from the European Union. One of the national broadcasters’ presenters for instance, the BBC’s Samira Ahmed, once remarked that she was still “haunted” by the fact that her employer was responsible for what she called “building up” UKIP, the pro-Brexit party, and giving air-time to its leader, Nigel Farage.

Although impartiality and balanced reporting is a requirement for obtaining a broadcasting license from the British media regulator Ofcom, until now British viewers had no other alternative to choose from than TV channels that mimic the progressive views of the UK’s liberal metropolitan elite. The biggest players, such as the BBC, or the smaller Channel4, that is on the far-side of the UK’s left-wing media spectrum, all receive a share of the country’s licensing fees, that every television owner is compelled to pay even if they do not watch their programs. Yet, all of them, including the CNN-style 24 hour news channel Sky News, have been accused of being out of touch with the majority of the UK’s population, and of a positively biased reporting towards divisive issues such as Black Lives Matter, the left’s anti-Semitic scandals, or identity politics.

Although the line-up of presenters and journalists who have joined GB News alongside Andrew Neil could hardly be described as right-wing, according to opinions, the news channel is set to challenge the “woke” orthodoxy of the mainstream British media and act as “disruptors” towards the liberal establishment. Asked about whether they intend to fashion their coverage on the large, right-leaning US networks, Neil has indicated that GB News will not be another Fox News.

With headlines like “England football team are ‘waging culture war on fans’ by taking the knee”, or “Can building a million homes resolve the UK’s cultural differences?”, GB News have provoked the ire of the left-leaning media before they could even start their live broadcasting. Indeed, a day before their launch they have already been embroiled in a dispute with the BBC over the fact that the national broadcaster seemed unwilling to syndicate some of their footage to the new channel, something that they are required by law. They have been accused of trying to shut out their new competitor at the 11th-hour in order to damage the launch of the right-leaning channel. On the other hand, the liberal Independent news site had reported that “fears have been raised that the channel could herald the arrival of highly partisan Fox News-style coverage in the UK.”

Yet, resisting such comparisons, Andrew Neil had promised that GB News would not be “an echo chamber for the metropolitan mindset” and would aim to “empower those who feel their concerns have been unheard”. He stated that “while we will never hold back from covering our country’s many flaws and problems… we won’t forget what the B stands for in our title… We will puncture the pomposity of our elites… and expose their growing promotion of cancel culture for the threat to free speech and democracy that it is.”