“We have had enough censorship in former socialist Yugoslavia, and we don’t want to repeat history,” wrote PM Janša 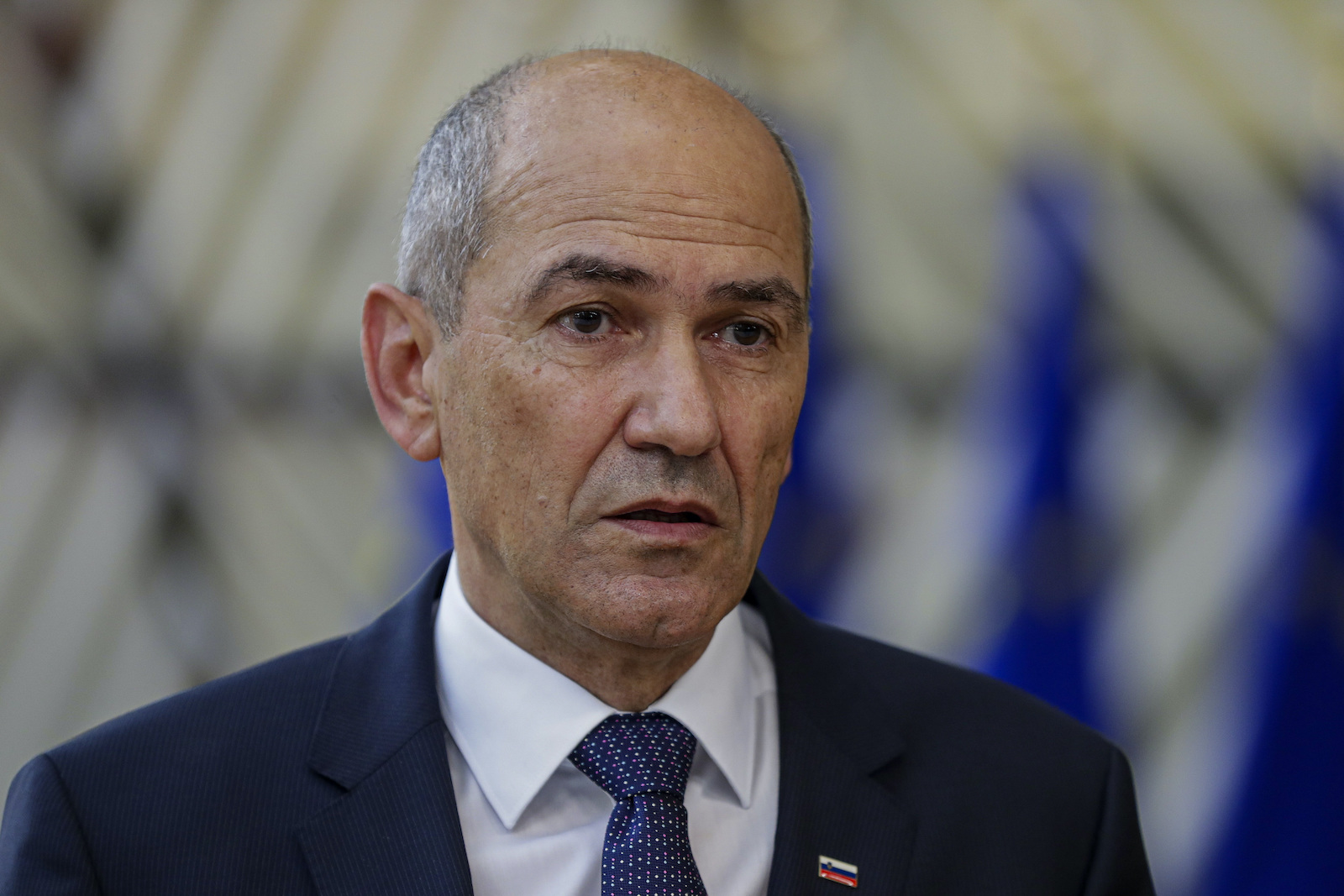 Slovenian Prime Minister Janez Janša has called for the resignation of Dutch liberal European Parliament MEP Sophie in’t Veld from her position as chair of the Democracy Monitoring Group. The call follows an incident during one of the group’s public debates on censorship and the freedom of media in Slovenia, for which the prime minister had prepared a short video about the state of the media and attacks on journalists in his country. Although the video was pre-arranged to be shown during the live video conference, the Dutch MEP disallowed its screening, quoting technical difficulties and time constraints.

Janša called the decision to stop his presentation an example of censorship and had his Chief of Staff Peter Šuhel send a letter of protest to the Veld in which he wrote that “the Slovenian government takes freedom of speech and media freedom very seriously, and therefore we do not accept censorship”.

Šuhel also referenced the era when journalists were monitored in communist Yugoslavia, writing, “Your censorship is dangerously reminiscent of that time. However, I am pleased that you did this in front of the European public. Since I believe that you have irreparably damaged the reputation and credibility of the Group with this action, I call on you to step down as Chair of the DRFMG, in order for it to regain the trust of the Members of the European Parliament and citizens of the EU through new leadership and through its credible work.”

The letter was copied to Manfed Weber, the leader of the European People’s Party in the European Parliament, of which Janša’s Slovenian Democratic Party is a member. No reaction is likely to emerge from Weber in defense of Janša’s complaint, as he himself has been instrumental in steering the EPP towards the left and allowing similar attacks against other conservative members of the group, such as the Hungarian governing party Fidesz.

Sophie in ‘t Veld has responded to the protests in a phone call with the Slovenian News Agency, rejecting allegations of censorship saying the “impression that the parliament is an opponent of Slovenia’s is regrettable and far from the truth.” She claimed that the group conducts its business in a professional manner and called on Janša to contact the group in case he had any complaints. She also said that the group will do everything to “avert a scenario that has been seen in Hungary and Poland.”

It is not clear what in ‘t Veld had meant by averting a Hungarian-Polish “scenario”, but she may be referring to the current rule-of-law proceedings against the two countries that are based on allegations regarding the freedom of press and of the judiciary. The MEP, a member of the Dutch far-left liberal D66 party, has in the past been actively involved in building a case and forming alliances against the two European conservative countries. She has been involved in almost all measures directed against Hungary’s conservative government led by Viktor Orbán within the European Parliament, most recently calling for the withdrawal of European development funds even if Hungary’s emergency measures designed to combat the spread of coronavirus were found to be in accordance with European legislation.

There appears to be evidence that Veld’s decision to cut off Janša may have been completely intentional and not due to some technical glitch. A screenshot from the phone of one of Janša’s assistants was posted on the prime minister’s Twitter account showing that the video was indeed scheduled to be shown after the introductions. Given Veld’s history of targeting conservative leaders through her position in the EU parliament, Janša is clear that he viewed it as a deliberate attempt to undermine him from arguing his case on a public forum. The Slovenian prime minister’s strong reaction shows that he appreciates the context in which the Dutch MEP showed him a lack of respect and common courtesy despite the fact that Janša was the main speaker at the hearing.

This view is reinforced by the fact that immediately after the incident other members of the European Parliament’s liberal factions joined the attacks on Janša. Dacian Cioloş, Romanian MEP whose party is a member of the Renew Europe liberal parliamentary group, of which Veld’s D66 is also a member, had tweeted that “the @EP_Justice is not a film festival for obscure propaganda. MEPs wanted answers to their legitimate concerns about attacks on media freedom in #Slovenia. Regrettable you decided not to provide them. #RuleOfLaw”.

Jansa replied tweeting “No, dear @CiolosDacian, last Thursday the @EP_Justice turned to be a censorship committee. Very liberal, indeed. #iliberaldemocracy.” “Slovenia owes absolutely nothing to Brussels. We fought for our freedom and democracy 30 years ago. For the rule of law and freedom of expression, for human rights and fundamental freedoms, some of us have been fighting and paying the price for 35 years.”

He continued by saying that “overpaid bureaucrats who were born into prosperity will not preach to us about freedom and democracy. Nor will we ever agree to be censored by self-proclaimed ombudsmen. We did not allow Milosevic to do that, nor will we allow @SophieintVeld or @CiolosDacian to do so.”

Another Dutch liberal MEP from the Renew Europe faction, Hans van Baalen, tweeted in defense of Veld, writing, “MEP @SophieintVeld deserves our trust for the great job she does as chair of @EP_Justice #DRFMG PM @JJansaSDS and Slovenian government should pay her and the #DRFMG respect instead of asking her to resign.” To which the Slovenian prime minister replied, tweeting, “It’s your choice to trust the censors. We have had enough censorship in former socialist Yugoslavia, and we don’t want to repeat history. We joined EU to live in freedom. And we will fight for such Europe and for freedom of expression.”