Coronavirus: 7 percent of Czechs have lost their job

Seven percent of Czechs already lost their jobs amid crisis 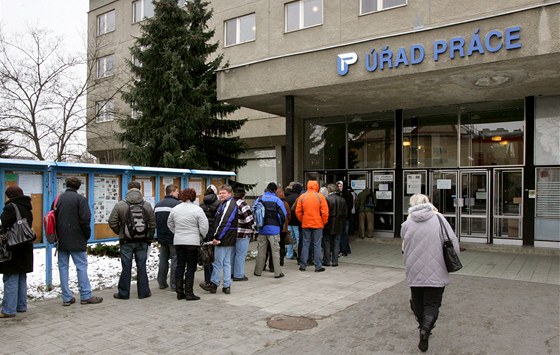 Seven percent of Czechs who were active in terms of work before the coronavirus pandemic have lost their jobs, according to the latest survey “Life during a pandemic” conducted by PAQ Research and IDEA AntiCovid initiative.

Job losses have now occurred for 24 percent of the self-employed individuals and 3 percent of employees.

More than a third of employees said that their employment contract or work activities were adjusted for reduced hours (11 percent), reduced wages (8 percent) and benefits (8 percent). Other have been forced to take care of their children (6 percent), experienced forced leave (9 percent) and had a loss of income from an employment contract (4 percent).

The decline in the number of hours worked has stabilized compared to the end of March. About 30 to 35 percent of people working before the epidemic claim they now work up to 20 hours a week, and about 50 to 55 percent have maintained their full-time working hours of 40 hours a week or more.

Roughly a quarter of respondents who were active in terms of work before the epidemic have a relatively strong fear of losing their job.

More than 40 percent of people whose working conditions have changed, as well as about a third of people with lower qualifications and those who were poor before the epidemic, are also fearful of this outcome.

The number of those partially affected by the decline in household income has increased slightly since the end of March.

About 36 percent of households participating in the survey have savings that would be enough for a maximum of one month if they did not have any other income.

Roughly seven percent of people belong to a high-risk category, in which households have lost at least half of income and have savings for only one month. This group greatly consists of the self-employed, single parents and people whose working hours have changed.

The survey shows that 14 percent of households are still considering some radical solutions, such as loans, a sale of a property, and the search for cheaper housing. This applies to about a quarter of respondents from the group identified as vulnerable.

Thanks to the mortgage and rent payments deferment, the situation for households has improved, however, there are still some households that already had problems repaying long-term financial liabilities even before the crisis.