Coronavirus: Czechs are saving their favorite pubs with a unique voucher program 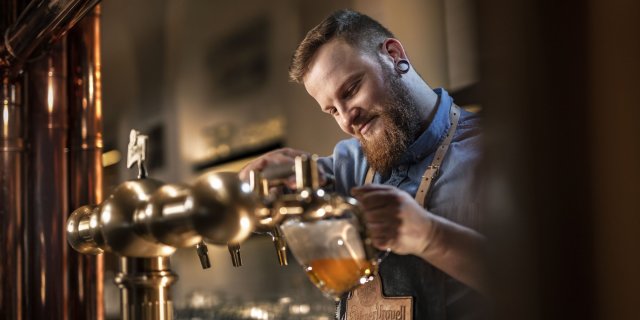 Czechs are trying to keep their beloved pubs financially afloat during the coronavirus outbreak by spending money on beer and food vouchers to use after the crisis is over.

They purchase the vouchers to support their favorite businesses, where they plan to go for beer and meals after the country reopens. The Czech Association of Breweries and Malthouses came up with the campaign, and both small and large breweries decided to take part in it.

“The brewers, who have been working in the breweries their whole lives, are fundamentally connected to pubs,“ says Václav Berka, the chief brewer of Pilsner Urquell, who has already bought vouchers himself and knows very well where and how he will spend them.

Berka also called on his colleagues in the industry to support their favorite pubs, and they have not hesitated to join the initiative. Libor Vávra from Staropramen Brewery has already bought the vouchers, but he does not intend to use them.

“I might let them expire. I was pleasantly surprised by how many pubs are involved, but also by how many pubs remain aside. For us brewers, pub support is a professional honor. I don’t want to use any strong words, but beer is our destiny,“ he said.

Budweiser Budvar’s brewer Aleš Dvořák has already bought several vouchers for various pubs and is also calling upon employees to join the initiative.

“As a national brewery, we should support pubs and beer brewing so that it does not collapse nor change its course. A long tradition binds us. So that is why we are campaigning everywhere,“ said Dvořák.

The “Save your pub“ campaign was launched by the Czech Association of Breweries and Malthouses. About 2,500 companies have been registered on the zachranhospodu.cz website, which is about an eighth of all establishments.

“The Czech pub is part of our culture and also a traditionally important center of social life. It would be a great pity if pubs and restaurants had to close definitively,” said the chairman of the Czech Association of Breweries and Malthouses František Šámal.

Co-owner of one of the pubs in Plzeň Radek Sochor considers the contributions in the form of vouchers to be symbolic, as a way of encouragement.

Martina Ferencová, the executive director of the Czech Association of Breweries and Malthouses, considers the “Save your pub” initiative to be a success.

“So far, customers have spent 7 million korunas (€254,343) on vouchers, and we started at the beginning of April,“ she explained.

According to the data, the Czechs drink an average of 282 pints (approximately 141 liters) a year, as beer is considered to be a kind of national drink.

Revenues of breweries in the Czech Republic fell by 40 percent as a result of the pubs’ closure over the coronavirus epidemic. Restaurants and pubs that have outdoor areas can open on May 25. Serving food and drinks inside will be allowed from June 8.