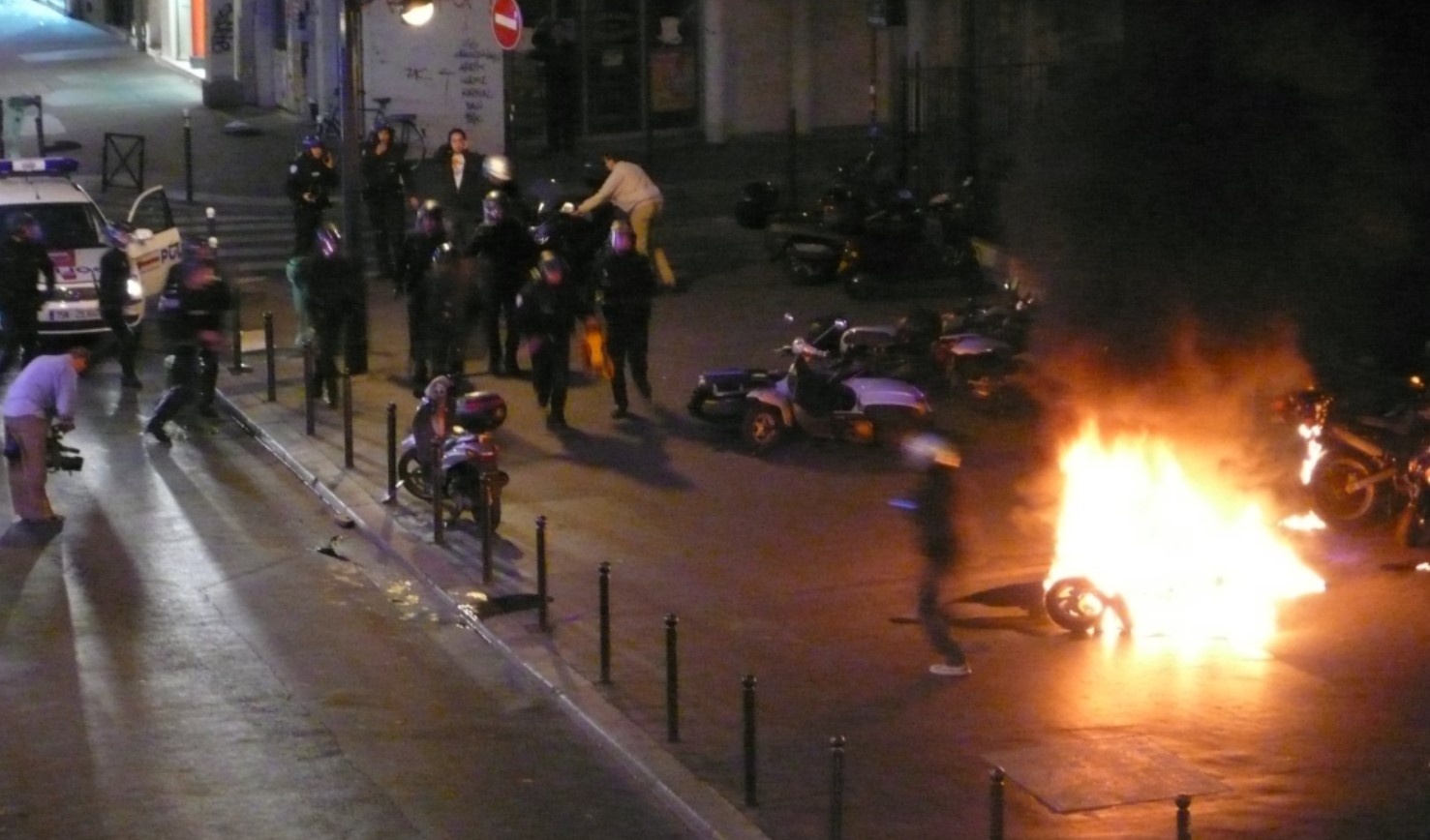 Despite the strict restrictions on movement over coronavirus, Paris and other cities in France have seen four nights of violence featuring young rioters burning dozens and hurling petrol bombs at police.

The riots broke out on Saturday night after a young man was seriously injured in a motorbike accident involving local police in the Paris suburb of Villeneuve-la-Garenne. The man was not wearing a helmet and hit the door of a police vehicle.

Videos showcasing the intensity of the riots have been circulating on social media.

??? Fourth night of riots in the Parisian suburbs of Villeneuve La Garenne. There have also been incidents elsewhere in the banlieue de #Paris. #France #disturbed #Incidents #COVID19 #coronavirus pic.twitter.com/8xchFzMDxy

Attacks against police and rioting have also been reported in the French cities of Nanterre, Clamart, Meudon, Gennevilliers, and Asnières.

Video has also captured gangs hurling petrol bombs, including this one in Limoges, a city in southwestern France.

Tonight is the 4th consecutive night with riots in a number of cities.

Many of the attacks feature high-explosive fireworks being launched at police.

In Strasbourg, a gang of young people attempted to burn down a local police station in the district of Meinau with Molotov cocktails, according to reports from France Bleu. Although the structure was not seriously damaged, the attack is raising concerns that police are losing control of the situation.

Julien Le Cam, a representative from the Alliance police union, said the following about the violence: “The night was really difficult for our colleagues. More difficult than in recent weeks. There is a rise in attacks and this is causing a lot of concern on the ground.”

French Interior Minister Christophe Castaner said on Thursday that he did believe the riots will result in similar scenes from the infamous 2005 riots that shook France.

“We are not in this sort of scenario,” Castaner told BFM TV.

Tension is also growing of French President Emmanuel Macron’s strict coronavirus measures among low-income neighborhoods around Paris where most of the fighting has taken place.

In an interview with Reuters on Tuesday, the head of the largest police union in France, the SGP Unite, said that the poor high-rise suburbs around France could “explode,” and directly raised the possibility that France could indeed see riots on the scale of 2005.