Although Commissioner Dunja Mijatovic says she wants to reduce coronavirus threat, she could actually exacerbate it 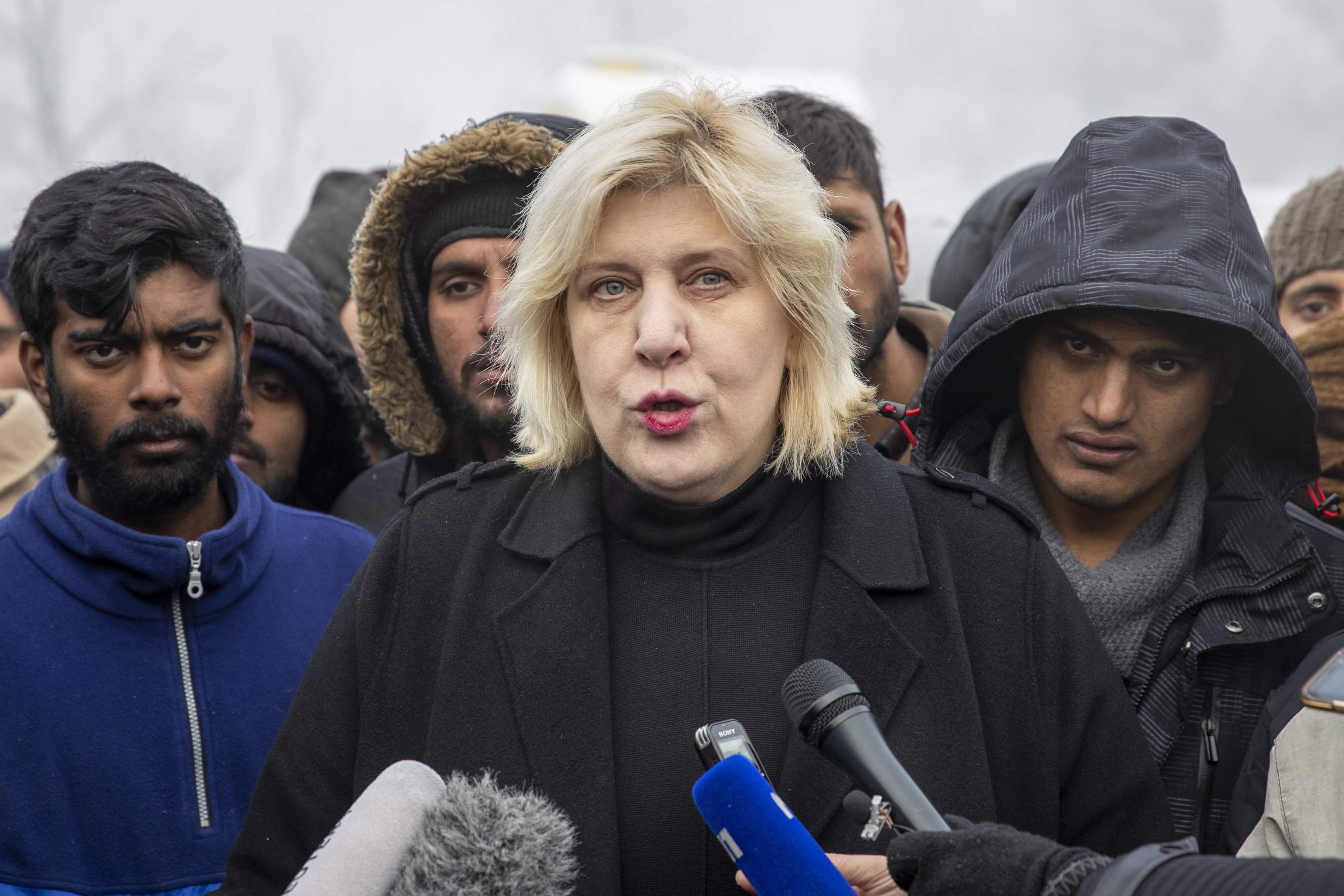 European Union member states must release as many migrants as possible from detention centers amid the coronavirus pandemic, demanded Council of Europe Commissioner for Human Rights Dunja Mijatovic in a plan that could present both grave security and public health threats to Europe.

In her statement from March 26, Mijatovic writes that these facilities “provide poor opportunities for social distancing and other measures to protect against COVID-19 infection”.

Mijatovic offers no guidance or recommendations on where migrants should be released to or what should happen to them after their release, and in reality, a mass release of detained migrants could present significant challenges

In Germany, after one migrant tested positive for coronavirus in Suhl asylum center, it led to mass riots after migrants attempted to break out from an imposed quarantine. When police intervened, migrants threatened to burn down the asylum center, used a child as a human shield, and threw objects at officers.

Germany is already short on housing and services are stretched thin due to fighting the coronavirus. Simply letting migrants in detention centers enter the general population may not even be legal.

The issue is no different in Greece, where thousands of migrants are currently locked down in migrant camps. Greek islanders, even before coronavirus, were protesting against overflowing migrant camps and the constant arrival of thousands on their shores.

NGOs and medical workers have reportedly left the Greek migrants camps over coronavirus concerns and reports of migrants aggressively attacking some staff, which means testing inside the camps is limited. Any mass release of migrants could serve to further spread the coronavirus to the general populace, both in Greece and elsewhere.

According to Mijatovic’s statement, “releases have been reported in several member states, including Belgium, Spain, the Netherlands, and the United Kingdom, with the latter country having just announced a review of the situation of all those in immigration detention.”

The commissioner also points to the current coronavirus pandemic. She considers the detention centers unsuitable for social distancing and other measures aimed at protecting the centers’ staff, as well as migrants, against COVID-19 infection.

Moreover, Mijatovic wrote that many countries have suspended deportation procedures due to the coronavirus outbreak.

Therefore, according to the commissioner, holding people in detention is unlawful since deportation often cannot actually take place.

In Belgium, there were concerns in migrant detention centers that social distancing guidelines could not be followed due to overcrowding, prompting authorities to release 300 illegal migrants who had no documentation and were not applying for asylum. The Brussels Times writes about the dilemma facing authorities who choose such measures:

In such cases, the sans-papiers, as they are known, are not forcibly placed on a flight to their homeland, but simply allowed to go out of the front door of the detention centre.

It is to be expected that many will disappear into clandestinely. Since they are without papers, tracing them from now on will be difficult if not impossible.

It is also unclear if any migrants released in Belgium were first tested for coronavirus before their release.

Mijatovic, for her part, is urging EU countries not to issue new detention orders against illegal immigrants or unsuccessful asylum seekers.

In Great Britain, there has been a similar push to not only release migrants in detention but also have taxpayers pay for the accommodations of all illegal migrants during the coronavirus crisis. An estimated 800,000 to 1.2 million illegal migrants live in the country but Migrants’ Rights Network and over 50 so-called “charities” demanded housing and support for all of Britain’s migrant population in an open letter to local councils across the country.

The letter demanded hardship funds be made available from Britain’s central government to “ensure that everyone, regardless of immigration status, can access self-contained accommodation and self-isolate safely”. The government should also book hotels, use empty houses, and turn university dorms into domiciles for illegal migrants.

The plan goes farther than any proposal put forward by Mijatovic but also underlines how much money and resources would be required to accommodate migrants in Europe during the coronavirus crisis. The Migrants’ Right Network letter also does not address what should be done with migrants who are set for deportation for violent and sexual crimes.

Correction: This article previously referred to Commissioner Dunja Mijatovic as an EU commissioner. Although the Council of Europe is tied to the European Union, it is not controlled by it.