Many institutions across Hungary are closing or reducing hours 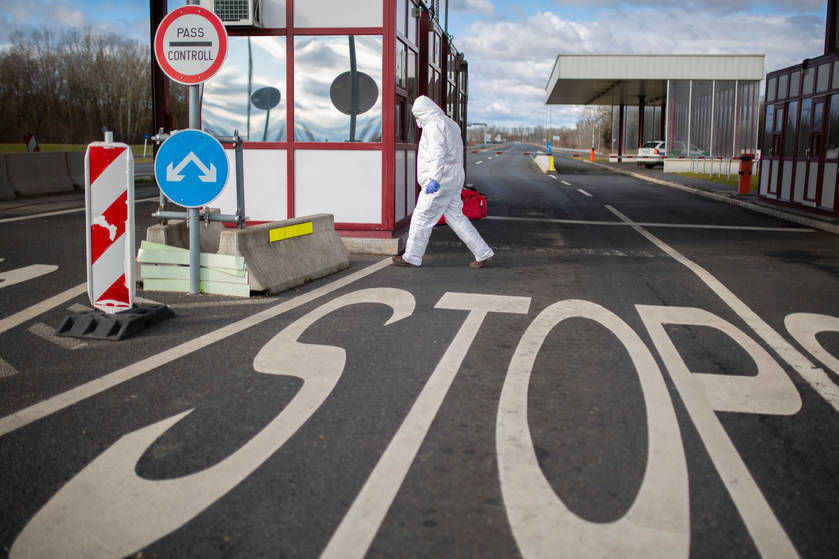 In an expansion on its emergency measures instituted since last week, Hungary closed its borders to private traffic, banned all public events and reduced the opening hours of most shops, Prime Minister Viktor Orbán announced in parliament on Monday.

All shops except supermarkets, pharmacies and tobacco shops (Hungary has a dedicated network of tobacco shops, with cigarettes only available there) will have to close by 3:00 p.m. and international private traffic will not be permitted to enter the country—the ban also extends to Hungary’s two permanent international airports in Budapest and Debrecen.

Of these two, Budapest is by far the larger, with passenger numbers exceeding 15 million last year. Debrecen handled just under 400,000 passengers last year.

Government spokesman Zoltán Kovács pointed out, however, that Budapest Airport will not be entirely closed as transit and goods transports continue—but for private traffic, only Hungarian passengers returning home will be allowed to enter the country.

Orbán said in parliament that the country is implementing emergency measures to prevent the spread of the pandemic and closely following the example of Austria, which the Hungarian prime minister says has the best practice so far due to its border with Italy, which features the highest number of cases in Europe with 27,980 infected and over 2,000 deaths.

The transport of goods, however, will continue, with a smaller number of truck stops open and those that remain operational will be controlled more thoroughly.

Orbán also said that the country is looking ahead to a “long and difficult period” in combating the disease and the economy will certainly suffer.

“The whole Hungarian economy will be in trouble. Some sectors, such as tourism, hospitality and services are already in trouble,” he said, adding that the government is consulting with representatives of the various branches of the economy about how to best to set up incentive programs and help maintain jobs.

Orbán also asked the Hungarian National Bank (MNB) to assist in economic efforts as it can. On Monday, the MNB already announced that it will suspend loan repayments for small and medium-size enterprises until the end of the year on its own loans and is asking commercial banks to do the same. It also added that should commercial banks not comply, it will ask the government to force them to do so.

In order to ensure market liquidity, the MNB will also increase the frequency of its FX swap tenders, a loan scheme introduced in 2014 whereby companies can obtain short-term Hungarian forint loans with a euros deposited as collateral.