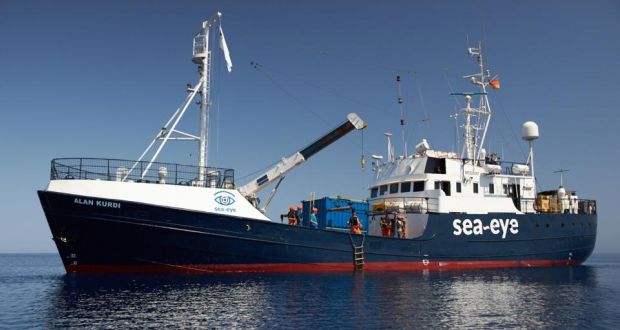 The Italian government has ruled that the country’s ports cannot be considered safe because of the coronavirus epidemic and will not let NGO boats carrying migrants dock in their ports, reports Reuters.

The decision was made on Tuesday after a ship run by the German NGO Sea-Eye headed to Italy after picking up 150 migrants off the Libyan coast.

“For the entire duration of the national health emergency caused by the spread of the COVID-19 virus, Italian ports cannot guarantee the requisites needed to be classified and defined as a place of safety,” stated the Italian government decree.

Although Italy’s state of emergency should expire on July 31, it could also be extended.

Italy’s interior, foreign and transport ministers all signed decrees blocking migrants from landing in Italian ports along with Health Minister Roberto Speranzda, who has supported migrant boat rescue operations in the past.

While the number of boats carrying migrants arriving at the Italian coast had increased in January and February, in March, the numbers of migrants arrivals fell significantly.

NGO ships that usually watch over the coast of Libya looking for migrants to rescue withdrew from the Mediterranean Sea at the beginning of the coronavirus crisis. However, the Sea-Eye NGO’s ship, Alan Kurdi, returned to the area last week.

“Even when life in Europe has almost come to a halt, human rights must be protected,” the group wrote in a tweet on Tuesday, announcing the rescue of 150 people.

The same charity also publicly called on Germany to take the migrants in, saying that Germany is their flag state and pointing out that Germany had just succeeded in bringing home 200,000 citizens who were abroad due to coronavirus. If this was possible to manage, Germany should be able to send a plane for 150 people and evacuate them, it added.

The Alan Kurdi ship is currently sailing in international waters close to the Lampedusa island because it cannot enter the port, but smaller boats are continuing to illegally arrive in Italy with migrants.

Yesterday our crew aboard the #ALANKURDI rescued 150 people.

Even when life in Europe has almost come to a halt, #humanrights must be protected.

On Wednesday, 57 people arrived on one boat, while 70 others came to the coast in separate boats on Tuesday.

Locals, fed up with the current situation, protested against the migrant influx in the center of the main town. A man in a video of the protest said that it is hard to see the point of local residents being locked up in their homes when migrants keep arriving and wandering around without any problems.