The world will change, but we are not involved in a deterministic process, says Harari 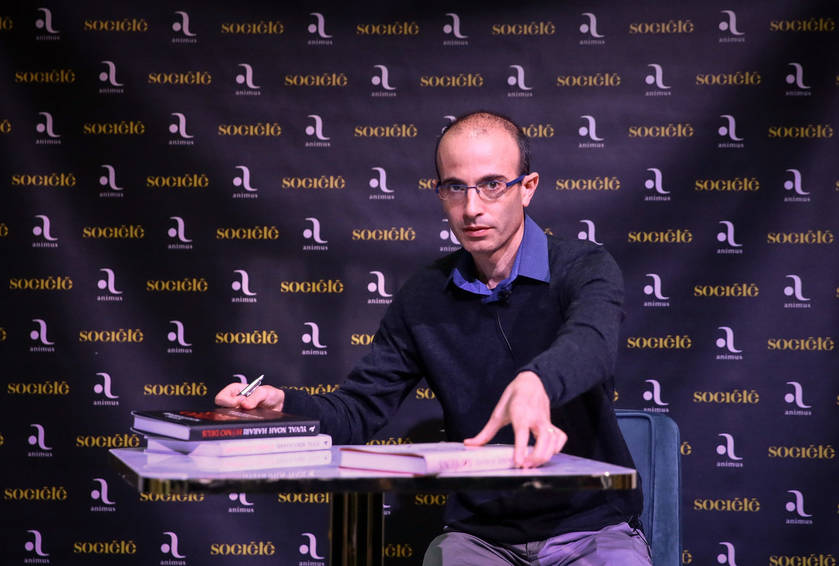 “If the member states don’t assist one another but just quarrel instead, and only remain concerned with themselves, that could destroy the Union. This cannot be allowed in a crisis. But, if they share resources and information in a concerted effort and put a common economic policy behind this, the EU could come out stronger from the epidemic,” Harari said. “It is a good thing that Russia and China are assisting other countries, every form of help is good at such times. But there is also assistance within the EU as far as I know: Germany, for example, is treating French patients.”

Asked about how the world is going to change as a result of the pandemic, Harari said that the direction of the change is a matter of choice.

“Our world will undoubtedly change, but this [process] is not deterministic, meaning that we have a choice. In the coming weeks, governments and ordinary citizens alike will have to make many important decisions that will shape their future,” he said.

Concerns are already growing that deep schisms are growing in the EU, with Italy’s leader predicting that the EU will “die” if leaders fail to agree on a financial package to save Europe’s economies.

“We are free to choose the direction in which we will be headed. Some countries, for example, may decide to remain in national isolation, only caring for themselves, not sharing information with others and fighting for the limited resources. This will make combating the epidemic harder and result in a divided, hostile world after the disease,” Harari claims.

Unlike other social scientists who consider the current pandemic the biggest crisis since World War II, Harari has a different opinion.

“It certainly is a major challenge. But as a historian I have to say that the Cold War was worse. Nowadays, we are inclined to belittle the Cold War as it ended peacefully. But there were moments when the world was on the brink of a nuclear conflict between the United States and the Soviet Union,” Harari said. “Think about your own country. Hungary has suffered more during the decades of communist dictatorship than just a few weeks or months that people must stay at home.”

Harari also said that globalization is not at the root or even a contributing factor to the current pandemic.

“The great medieval plague, the Black Death, had spread from China to Europe in just over a decade. The Stone Age was the last time when there were no epidemics,” Harari said. “Generally speaking, we are getting better at prevention, and that is largely thanks to the information sharing and cooperation brought about by globalization.”

Harari was already known for his promotion of globalization before the coronavirus outbreak. Hungarian political scientist Gábor Megadja has challenged his viewpoint, with Megadja writing that in every crisis situation, family, nation and home will always take precedence over an imaginary “global solidarity quota”. The same will apply for the world after coronavirus, he asserted in an essay he penned last month.