Coronavirus: Prime ministers of Czechia, Austria, and Slovakia promise not to close borders to one another

Czechia recorded over 1,000 new cases two days in a row 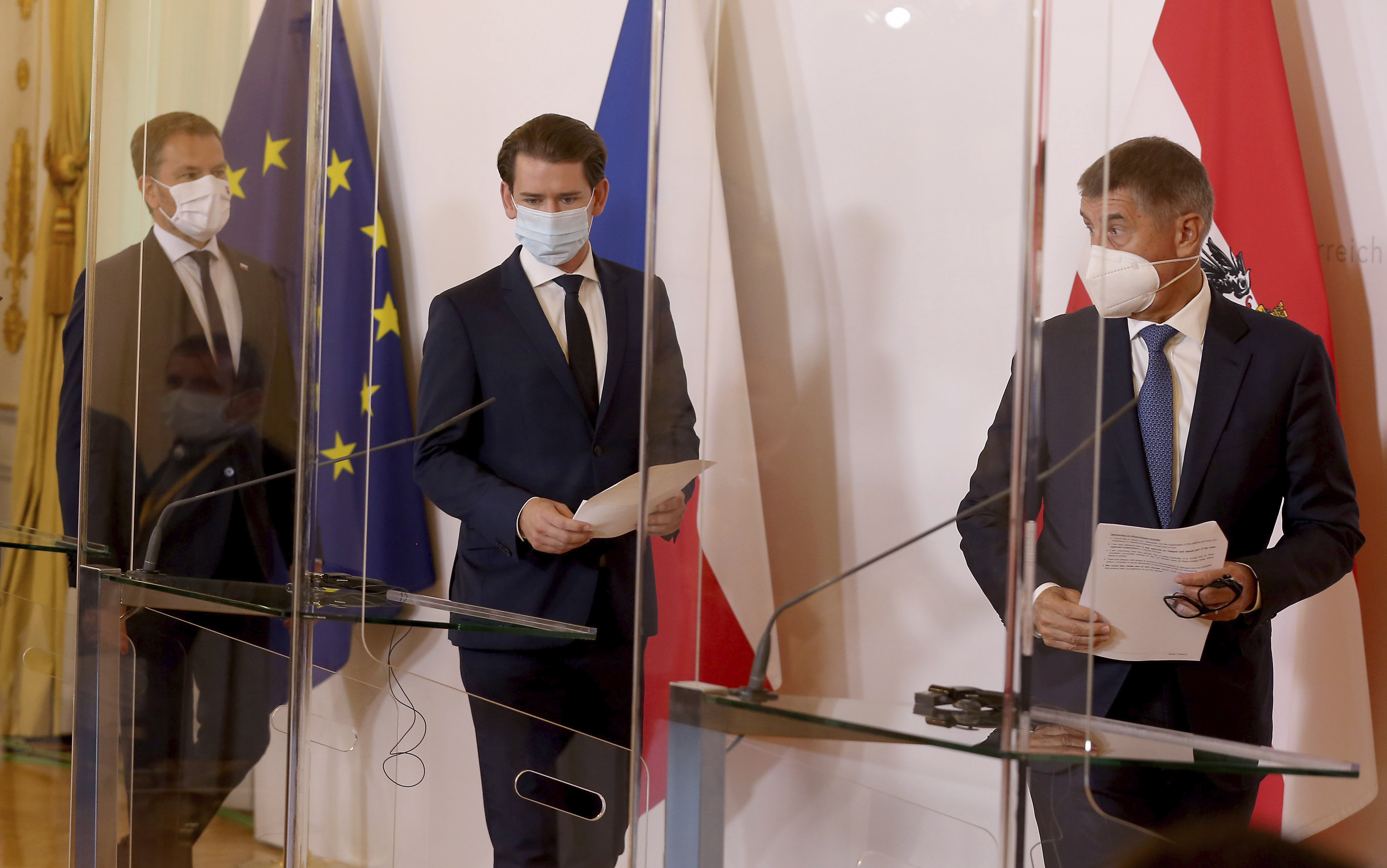 The Czech Republic, Austria, and Slovakia do not plan to restrict mutual cross-border travel over the coronavirus crisis. Prime Minister Andrej Babiš confirmed after his meeting with Austrian Chancellor Sebastian Kurz and his Slovak counterpart Igor Matovič in Vienna.

“I have been promised that there will be no restriction regarding travel between our countries. That would not be good for our economic relations and tourism. It is about finding a balance between protecting the health of our citizens and some economic outlook that would ensure that we leave this crisis behind as soon as possible,“ said Babiš.

The Czech prime minister also said his country was reinstating face mask requirements in the interior of all buildings throughout the Czech Republic.

“I would call it intergenerational cohesion because it is the older ones who are at risk,” he explained.

Slovak Prime Minister Matovič said that Slovakia, Czechia, and Austria will do everything in their power to keep the borders open until the last possible moment. He added that while he was one of the proponents of border regime restrictions during the first wave of coronavirus, now there is no point in closing borders between countries that are facing a similar situation concerning the coronavirus. Matovič also called for face masks to be used extensively.

“An ordinary face mask protects life. In the second wave, it might be a key tool in the fight,“ he stated.

Czechia recorded 1,164 confirmed cases of coronavirus infection on Tuesday, almost the same number of new cases that were recorded on Wednesday too.

Last week, Slovakia recorded the highest daily increase since the outbreak of the COVID-19 pandemic in the country this March.

Kurz noted the fact that the number of infected is also rising in Austria. “The situation is difficult. Especially with regard to commuters, we have a strong exchange of people with the Czech Republic,“ said Kurz, who also said that the coronavirus crisis was one of the main points of discussion during the meeting.

Czechia, Austria, and Slovakia support the possible EU unification of the approach to cross-border travel. The relevant proposal on national coordination in risk assessment and quarantine implementation has already been presented by the European Commission.

The meeting between Kurz, Babiš, and Matovič took place within the so-called Austerlitz format, in which the prime ministers or other representatives of the Czech Republic, Austria, and Slovakia have been meeting since 2015.