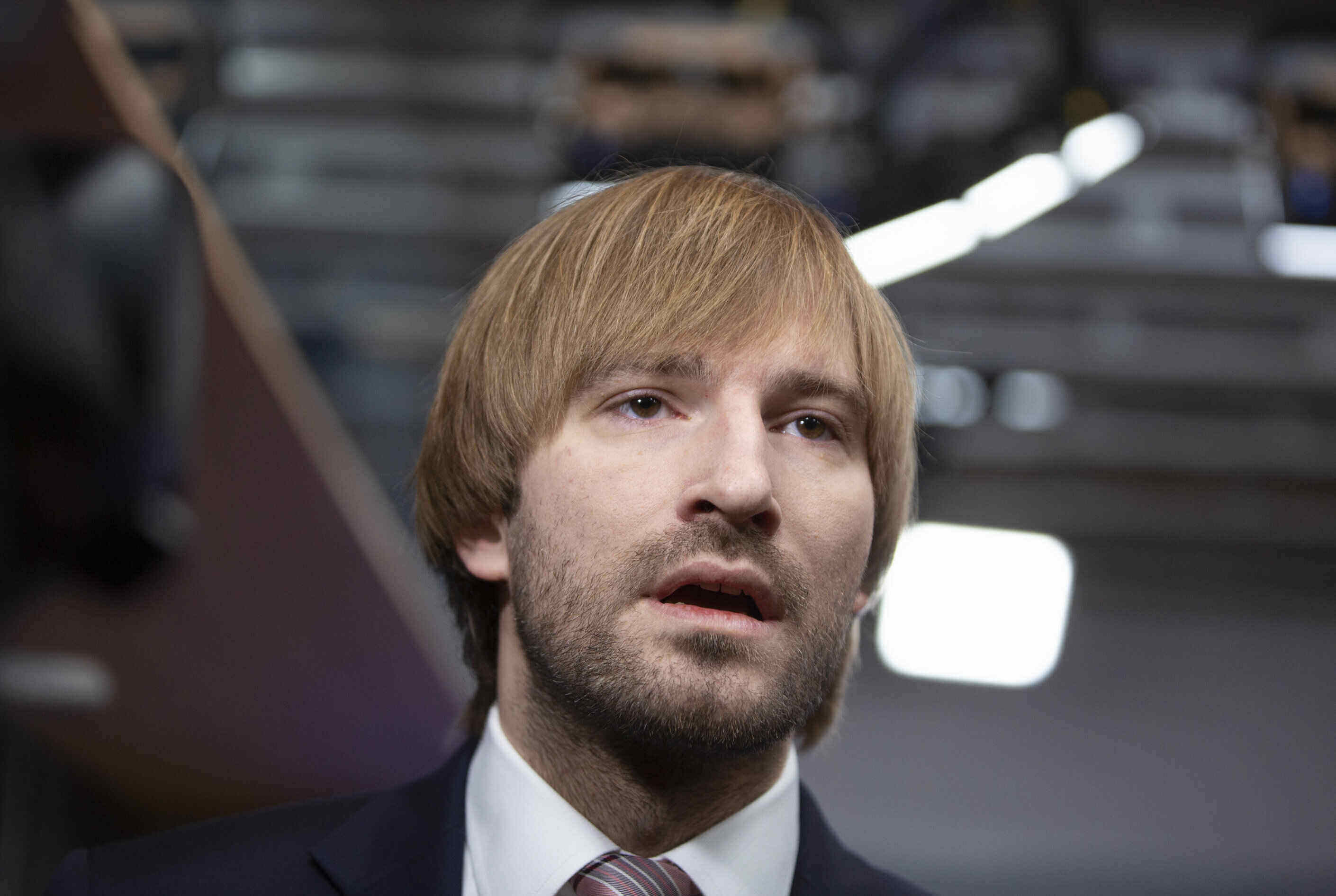 Czech Republic's Health Minister Adam Vojtech speaks with the media as he arrives for an extraordinary meeting of EU health ministers in Brussels to discuss the Covid-19 virus outbreak, Friday, March 6, 2020. Fearing a possible shortage in medicine and protective masks, health ministers from the European Union are trying to boost their collective response to the novel coronavirus outbreak during an emergency meeting. (AP Photo/Virginia Mayo)

The Supreme Administrative Court (SAC) annulled an order from the Ministry of Health ordering the wearing of respiratory protective equipment indoors or in public transport. The Ministry of Health was given three days by the court to correct the measures to meet the legal conditions.

The Supreme Administrative Court “concluded that the challenged emergency measure is unreviewable”, states the verdict, which abolishes the mandatory wearing of respirators in shops, restaurants, medical facilities, schools, theaters, galleries, or public transport.

The court was taken aback by the fact that the ministry had repeatedly ignored its decision. The court said that next time it could cancel the measure immediately, without delay.

“In a state governed by the rule of law, it is not possible for the executive branch to disrespect the clearly expressed opinion of the court and to obstruct the judiciary in upholding the principles of a democratic state, which is based on respect for human rights and citizens,“ the court stated.

It also noticed that, not including the current analysis of the epidemic situation, “the justification of the challenged emergency measure is copied, except for minor modifications, from previous emergency measures which the court has already declared illegal for insufficient justification”.

Judge Petr Mikeš pointed out that there was a possibility of the immediate repeal of the regulation on the table, but in the end, the judges decided to give the ministry three days to rectify the situation.

“The court is aware that it is undesirable for the given obligation not to be set, even for very risky situations. Unfortunately, the ministry is gradually pushing the court to this solution if, despite repeated specific reprehensions, the court is unable to rectify the shortcomings. Therefore, such a procedure cannot be ruled out in the future, as the court will have no other way to force the ministry to respect the clearly expressed legal opinion,“ Mikeš warned.

The ministry was given three days to rectify the situation

The court stated that the three-day period should serve precisely to enable the ministry to issue measures where it duly justifies the wearing of masks in some areas, for example, in hospitals or public transport.

The man who turned to the court has a medical certificate stating that he cannot wear a face mask due to his health condition, as he suffers from bronchial asthma. He feels limited in his life because some activities, such as shopping, cannot be performed without a mask.

As the regulation provides for an exception only for persons whose mental abilities or mental state do not allow the wearing of masks, he feels discriminated against.

In addition, the ministry did not deal in any way with the possible negative effects of widespread use of protective equipment and did not state why individual exemptions could not be allowed for health reasons.