PM Babiš said he was shocked over the breach 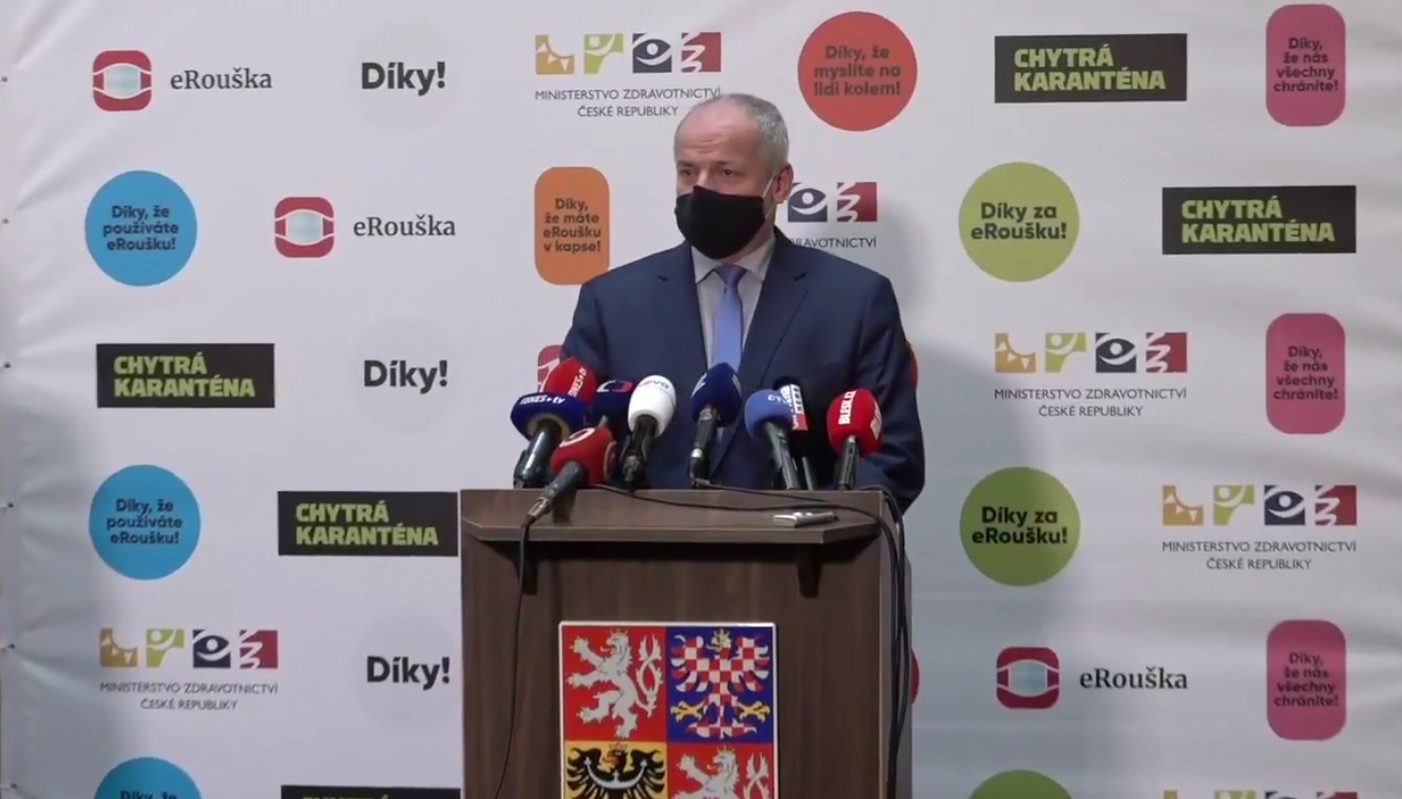 After the Blesk tabloid daily caught Czech Minister of Health Roman Prymula without a face mask coming out of a closed restaurant on Wednesday night, in what is a clear violation of coronavirus measures, Prime Minister Andrej Babiš called on Prymula to resign. Although the minister initially said he had not broken any rules, he changed his mind over the weekend, saying he is ready to resign after his replacement is chosen.

In response to the Blesk story, Prime Minister Babiš said that if Prymula did not resign himself, he would remove him from his post, according to Czech news portal Ihned.cz. This decision was also welcomed by Deputy Prime Minister Jan Hamáček, who said it was the only possible and right solution. Opposition leaders also unanimously called for Prymula’s resignation.

Although Babiš was unyielding in his decision, he also said that he regrets that Prymula has to leave because he is an expert on epidemiological issues and that he contributed to Czechia managing the first wave of the coronavirus epidemic, however, the scandal, unleashed by the Blesk tabloid, could not be ignored.

“The whole thing is unfortunate, but, at the same time, unacceptable. Such a mistake cannot be excused,” said Babiš.

In an interview with the Právo daily, the prime minister added that he was shocked by Prymula’s actions.

On Friday, when the article was published, Babiš met with President Miloš Zeman, who accepted the prime minister’s proposal to replace Prymula. Babiš has already given the head of state the name of a likely successor to Prymula.

“I am ready to resign, but there must be a successor to whom I will pass the job on,” Prymula told Czech Television on Sunday.

“We cannot leave the ministry without a leadership at a time of such a crisis,” he added.

What happened on Wednesday evening?

The Blesk newspaper supplemented the article about Prymula’s breach of the coronavirus measures with five photos documenting the whole situation. The story delves into a description of what happened next to the Basilica of St. Peter and St. Paul late Wednesday evening after Prymula came out of the restaurant, which should have been closed due to government restrictions.

As Blesk reported, Prymula came out of the restaurant without a face mask on and got into the car. His driver was wearing a respirator, though, and so should have Prymula as people are required to wear face masks outside in municipalities if they cannot keep a two-meter distance.

In Friday’s interview with the Respekt weekly, Prymula refuted that he was breaching the rules to a large extent.

“It was a very urgent meeting. Nothing more, nothing less. But it probably took place in the wrong setting. It is not possible to solve everything over the phone,” he argued.

Faltýnek, who was the first to rush to explain the situation, apologized for meeting the minister in a closed restaurant. He said it was his fault as he wanted to discuss the arrival of medics with Prymula.

“I asked Minister Prymula when he would be available to inform me about the current situation and, at the same time, explain to me the matter of the arrival of US doctors, as their mission would have to be approved by the House,” said Faltýnek.

Not only will Prymula lose the health minister post, but the Prague City Hall is also looking into this and will launch administrative proceedings for violating government measures in the restaurant where Prymula met Faltýnek.

However, the departing health minister will continue to take part in the fight against the epidemic as a member of the government’s expert group.

Title image: A press conference, in which health minister Roman Prymula comments on the meeting on Wednesday evening (Blesk.cz)