The Muslim world reacts aggressively to Samuel Paty’s beheading in France, including with boycotts on French goods 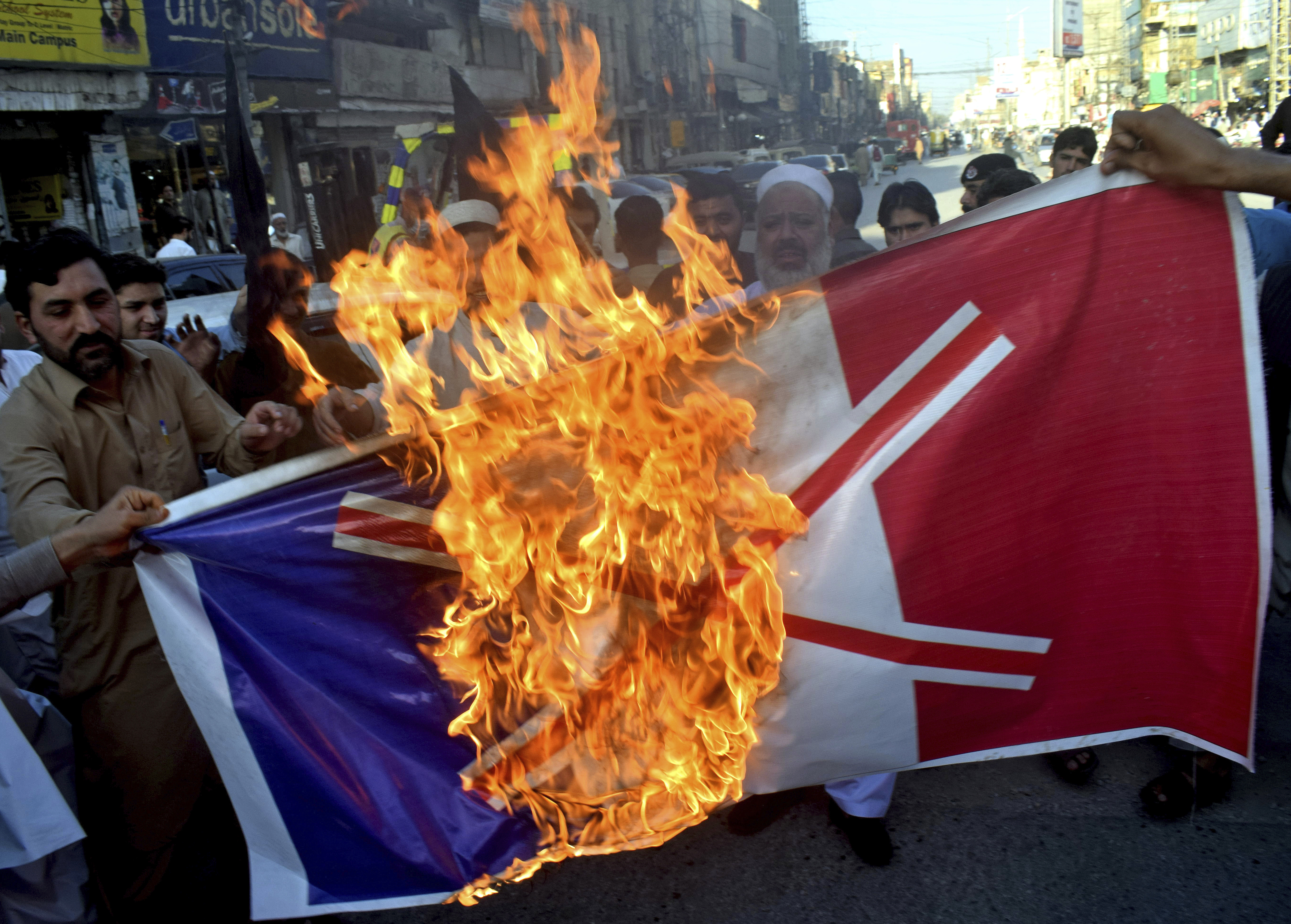 In the wake of the beheading of Samuel Paty, a French history teacher who showed cartoons of the Prophet Muhammad in a class centered on freedom of expression, President Emmanuel Macron’s government has initiated sweeping action to combat the growing threat of radical Islam in the country. The reaction from Muslim governments has been harsh, with the rhetoric and actions taken by the Macron government against militant Islamism in France in the past two weeks provoking intense vitriol from leaders across the Muslim world along with their followers.

In response to Macon’s plans to enact laws that would eliminate “Islamist separatism” and defend secular values, among other things, Turkish President Recep Tayyip Erdoğan, over the weekend, claimed that the French president needs “mental health treatment” over attitudes towards Muslims.

Speaking at his Justice and Development Party meeting in Kayseri, Erdoğan said: “What is Macron’s problem with Islam? What is his problem with Muslims?”

The Turkish president then added: “Macron needs some sort of mental treatment. What else is there to say about a head of state who doesn’t believe in the freedom of religion and behaves this way against the millions of people of different faiths living in his own country?”

Paris, in response to Erdoğan remarks on Saturday, condemned the Turkish president and promptly recalled its ambassador in Ankara.

“Excess and rudeness are not a method. We demand that Erdoğan change the course of his policy because it is dangerous in every way. We do not enter into unnecessary polemics and do not accept insults,” a spokesperson at the Elysée Palace said.

The spokesperson then added that Paris would be recalling its ambassador to Ankara for an “evaluation of the ongoing situation”.

“When truth is spoken to their faces, Europe’s loser racists show up and try to exploit Islamophobia and xenophobia. Time has come to stop Europe’s spoiled politicians with fascist mindset,” said Cavusoglu.

“This is a time when President Macron could have put a healing touch and denied space to extremists rather than creating further polarization and marginalization that inevitably leads to radicalization,” Khan tweeted.

“Sadly, President Macron has chosen to deliberately provoke Muslims, including his own citizens, and encouraged the display of blasphemous cartoons targeting Islam and the Holy Prophet [Muhammad],” he added.

Khan’s condemnation of President Macron comes days after Carole Delga, the mayor administrative region of Occitanie, made the decision to project Charlie Hebdo cartoons — some which included caricatures of Muhammad — on hotels in Toulouse and Montepellier, as a part of a national tribute to the slain school teacher.

Some social media users have claimed that words are not enough and that an “honorable” Muslim country should declare war on France.

Today, if there was a single honorable Muslim ruler, he would have declared war on France. When pride and faith are gone, then there is no war

Khan, in a letter sent to Facebook CEO Mark Zuckerberg, called for a complete ban of so-called “Islamophobic” content, saying: “I would ask you to ban Islamophobia and hate against Islam on Facebook the same way you did for the Holocaust.”

On the streets, Muslims have protested against the French government, including burning French flags. In September, tens of thousands Pakistanis marched against the reprinting of cartoons of the Prophet Muhammad, chanting “Death to France”.

Last month, an unaccompanied 25-year-old Pakistani migrant in France severely injured two people in Paris in a terrorist attack over satirical magazine Charlie Hebdo to republish the Muhammad cartoons. The suspect’s father, who still resides in Pakistan, said his entire village of proud of his son’s terrorist attack.

“I am asking the Pakistani government to bring my son home. He served Islam, and we are a Muslim country,” the father of the attacker told the French press.

Jordan’s foreign ministry, over the weekend, condemned the “continued publication of caricatures of the Prophet Mohammed under the pretext of freedom and expression” and any “discriminatory and misleading attempts that seek to link Islam with terrorism”.

On Facebook, large numbers of Jordanians have changed their profile pictures to add the phrase: “Respect Mohammad the Prophet of Allah”.

Jordan’s opposition party, Islamic Action Front — the political wing of the Muslim Brotherhood in Jordan — urged President Emmaneul Macron to apologize for his statements and called on Jordanian citizens to boycott French products. The group also characterized the French president’s statements as  “an aggression against the [Islamic] nation and amounted to malice and hateful racism.”

Kuwait and Qatar have already initiated boycotts on French goods.

In Saudi Arabia, the largest economy in the Arab world, a hashtag calling for the boycott of French supermarket retailer Carrefour was the second-most trending hashtag on social media on Sunday. Similar calls to boycott French goods were made in Yemen.

On Friday, the hashtag #BoycottFrenchProducts also trended on Twitter in Morocco.

In response to the repeated calls to boycott French goods, the French foreign ministry, in a statement, wrote: “These calls for boycott are baseless and should stop immediately, as well as all attacks against our country, which are being pushed by a radical minority.”

In Egypt, the grand imam of al-Azhar, Sheikh Ahmad el-Tayeb, referred to Macron’s statements as a “systematic campaign to drag Islam into political battles”.

“We don’t accept to see our symbols and holy sites being a victim to cheap bargaining in electoral battles,” the imam said in a statement.

Mohammad Zayed, a member of the Libyan Presidential Council, also rebuked Macron’s comments about Islam, saying: “Prophet Muhammad’s status will not be affected by malicious statements or trivial drawings.”