Czechia will support the extension of the sanctions list 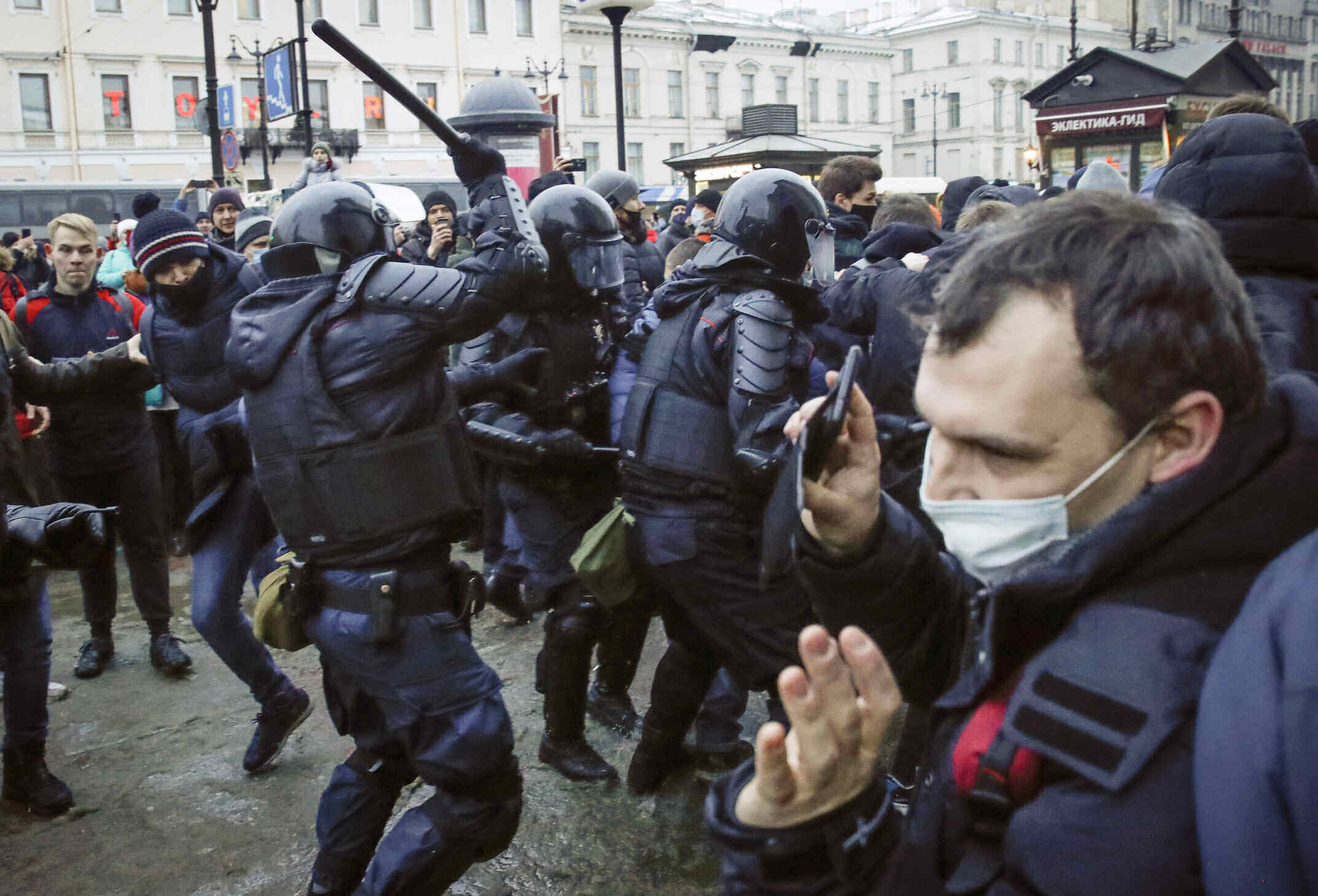 Czech Foreign Minister Tomáš Petříček condemned the violence and suppression of freedom of speech in Russia in connection with the crackdown on demonstrations in support of Russia’s opposition leader Alexei Navalny. According to Deputy Prime Minister Jan Hamáček, the Russian government’s action against Navalny is a “huge disgrace to the Russian Federation”.

Asked whether the minister planned to summon the Russian ambassador because of the situation, Petříček told Czech News Agency that the topic would be the content of Monday’s meeting of the EU Council “but we will also raise it bilaterally with the representatives of the Russian Federation,” he wrote in a message.

At the online meeting of the EU Council, Czechia will support the extension of the sanctions list to include persons involved in the arrest of Navalny, Petříček said. In the long run, according to Petříček, Czechia should reconsider the relations with Russia, including economic ones.

Deputy Prime Minister Jan Hamáček believes that the Russian government’s action against Navalny is a “huge disgrace to the Russian Federation”, which shows the current Russian regime’s fears of instability and the reaction of its own people.

“They are upset,” said Hamáček, adding that people in Russia went to demonstrate on Saturday even in places where the temperature fell to minus 50 degrees Celsius.

“The intervention was brutal and still continues, as far as I know. This is not a state that is not afraid of its citizens,” Hamáček said, pointing to the situation in Belarus, which he said was similar to the one in Russia.

Pavel Fischer, chairman of the Senate Committee on Foreign Affairs, criticized the small response of Czech politicians. “The silence is bad, it is scandalous,” he said, referring to the fact that Prime Minister Andrej Babiš and President Miloš Zeman had not yet commented on the matter.

However, in this regard, Petříček reminded that Babiš stood up for Navalny a week ago during his arrest. Fischer also said he was in favor of terminating the agreement with Russia. According to Petříček, this cannot be expected during, for example, half a year in such complicated bilateral relations.

In Russia, 3,000 people were detained during demonstrations in support of Navalny. Among those detained in the capital were Navalny’s wife Julia and his co-worker Lyubov Sobol. Due to the time lag, the first protests took place in the Far East and Siberia in severe frosts.

The opposition has announced that it will hold further protests calling for Navalny’s release next weekend. The non-governmental portal OVD-Info, which monitors police interventions, said that at least 3,134 people were detained in about 90 cities across Russia, of which 1,201 were in Moscow and 471 in St. Petersburg.

Navalny himself called for the demonstrations. The Russian authorities have indicated that they intend to prevent these actions. Navalny was arrested last weekend on his return to Moscow from treatment in Germany, where he was recovering from the August poisoning.

The day after his arrest, the court imposed a 30-day detention on the president’s critic. The Russian prison service accuses him of “systematically violating” the regime of suspended sentence for embezzlement, which he committed according to the court.

“First an attempt to poison an opposition politician, then delays with his transfer to Germany, then hammering that they did not do it. And the moment he returns home, he is convicted of leaving. He went away so he wouldn’t die, that’s just absurd,“ Hamáček concluded.

Title image: Police clash with demonstrators during a protest against the jailing of opposition leader Alexei Navalny in People gather in St.Petersburg, Russia, Saturday, Jan. 23, 2021. Russian police are arresting protesters demanding the release of top Russian opposition leader Alexei Navalny at demonstrations in the country’s east and larger unsanctioned rallies are expected later Saturday in Moscow and other major cities. (AP Photo/Dmitri Lovetsky)