According to Poland’s deputy foreign minister, Poland has done absolutely everything in its power to reach a good agreement with Czechia in the dispute over lignite mine that shaken relations between the two Visegrád Four allied countries

On Sept. 30, following two days of negotiations in Prague, Polish negotiators announced that the Polish and Czech delegations were unable to work out an agreement concerning the Turów coal lignite mine which would be accepted by both governments.

Previously, the Czech side indicated that reaching such an agreement would permit the withdrawal of the complaint filed against Poland to the European Court of Justice (ECJ) concerning the Turów mine, which resulted in the EU court ruling in favor of Czechia. Poland has continued to operate the mine despite a €500,000 daily fine that must be paid to the European Commission.

The latest meeting was yet another in the series of intensive talks between Polish and Czech negotiators since June.

Deputy Foreign Minister Marcin Przydacz commented on Monday the failed negotiations for the first channel of public television TVP1. He emphasized that the Polish side had done absolutely everything to reach a good agreement with Czechia. He pointed out that the Polish negotiators led by the Polish Minister of Environment Michał Kurtyka and Deputy FM Marcin Jabłoński had been to Prague 17 times.

“In actuality, the Polish side put forward some kind of proposal to meet all the expectations held by the Czechs. The latest proposal was very good in the financial and legal sense. Yet at one point our negotiators came to the conclusion that due to internal political reasons, the Czech side was not interested in finalizing that agreement,” he said.

When asked whether Poland would continue negotiations after the parliamentary elections in Czechia (Oct. 8 – 9), the deputy foreign minister stated that “we do not currently see a point in further continuation of these negotiations because they are not bringing any positive results.”

The minister is of the opinion “that it was a shame an agreement was not reached because Poland had offered €50 million for developing the Liberec region of Czechia.” He explained that Poland will now focus on actions in the European direction to solve the conflict.

The minister also warned that if Czechia did not see a way to reach an agreement, then the situation will very negatively influence Polish-Czech relations.

In February 2021, Czechia filed a complaint against Poland concerning the functioning of the Turów lignite mine. The Czech side requested for interim measures to suspend the mine from operating. The complaint was filed in response to the development of the mine, which Prague claims will threaten the access to water of Liberec region citizens. The inhabitants of the region bordering with Poland also have complained about the noise and dust due to the extraction.

On May 21, 2021 the European Court of Justice (ECJ) ordered Poland to immediately suspend extraction in the Turów lignite mine until the conflict over the mine was resolved between Czechia and Poland.

In September 2021, ECJ Vice President Rosario Silva de Lapuerta released a ruling in which she obliged Poland to pay €500,000 per day to the European Commission until it adhered to the verdict from May 21. Many Polish politicians consider this verdict unfair and illegal. 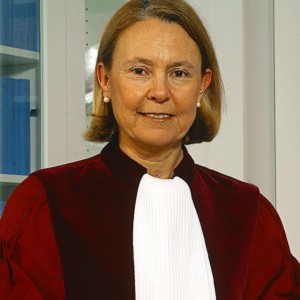