The measures issued must be unambiguous and comprehensible 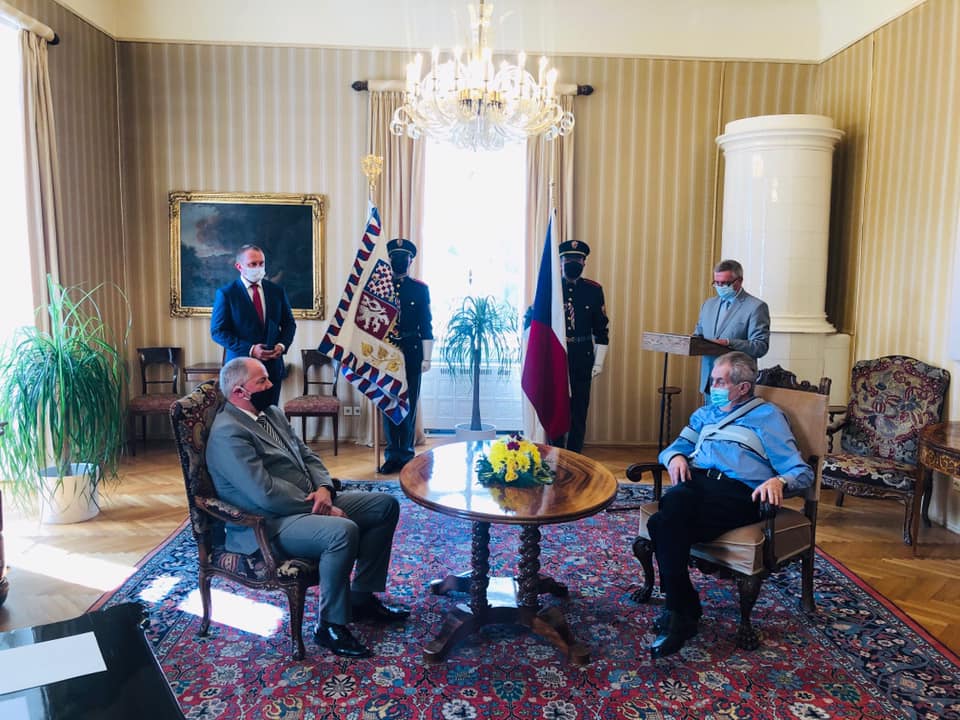 President Miloš Zeman has appointed epidemiologist Roman Prymula to the position of minister of health after accepting the resignation of Adam Vojtěch from the position.

Vojtěch stated that by leaving he wanted to create space for a new solution to the coronavirus epidemic at a time when the situation in the Czech Republic had significantly deteriorated.

According to the opposition, which has been calling for Vojtěch’s departure since the spring, the change came late, and Prime Minister Andrej Babiš is responsible for the crisis.

Vojtěch announced his decision to resign from the ministerial position to the prime minister on Friday evening at a personal meeting. The prime minister discussed the matter with the president on Sunday. According to Babiš, Vojtěch remains a deputy and will cooperate with the Ministry of Health on conceptual issues, such as the education of nurses and doctors and the fight against cancer.

Babiš praised Vojtěch several times in front of journalists for his work at the ministry and stated that the outgoing minister always had his support. According to him, he was good at conceptual matters, but the office needs crisis management during a pandemic. According to the prime minister, Prymula has the prerequisites for this, also due to his former service in the army.

Since 2017, Prymula has been working as Deputy Minister of Health when Miloslav Ludvík became a Minister of Health. Previously, the former director of the Hradec Králové University Hospital worked as a consultant at the ministry.

He had to resign as deputy minister due to a lack of security clearance, however, according to the law, he will not need it as a minister. The general public got to know Prymula after the outbreak of the coronavirus epidemic when he coordinated actions against the spread of the disease at the Ministry of Health.

“I can’t imagine anyone more competent to lead the fight against the second wave of the pandemic,” Zeman told Prymula after the appointment. “I know how well you did when you fought the first wave. And I fully believe that you will still be able to do it in a very, very difficult situation,” he added.

Prymula, now the head of the ministry, wants to dramatically improve communication related to the coronavirus epidemic.

According to him, the measures issued must be unambiguous and comprehensible. He believes that he was chosen to head the ministry because he knows the situation as a former deputy.

“I believe that if there was no crisis here, I would consider it very much because I have repeatedly stated that I do not want to go into politics. And the minister is a position that is undoubtedly political,” he said, adding that the situation requires a very urgent solution, so he did not have a chance to refuse. He did not rule out that there would be minor personnel changes in the ministry.

According to the Prime Minister, Vojtěch at the head of the ministry did more work than most of his predecessors and managed the fight with the first wave of the coronavirus epidemic “incredibly”. If Vojtěch did not have to expend all his energy on the fight against coronavirus, he would one day be remembered as the best minister of health, the prime minister believes. However, he himself criticized Vojtěch and his ministry several times.

The number of people infected with coronavirus has been rising sharply since the beginning of September. Last Thursday, more than 3,000 cases were recorded in a single day, which was a similar number as in the whole of March, when the disease began to spread in the Czech Republic.

The number of hospitalized patients in serious condition and deaths from COVID-19 is also rising. Vojtěch is convinced that he did his best to manage the epidemic and managed to push through several positive changes in the ministry.

In the ranking of the popularity of politicians, published by the STEM agency, Adam Vojtěch took third place in September behind Babiš and the Minister of the Interior Jan Hamáček. He was sixth in January before the outbreak.