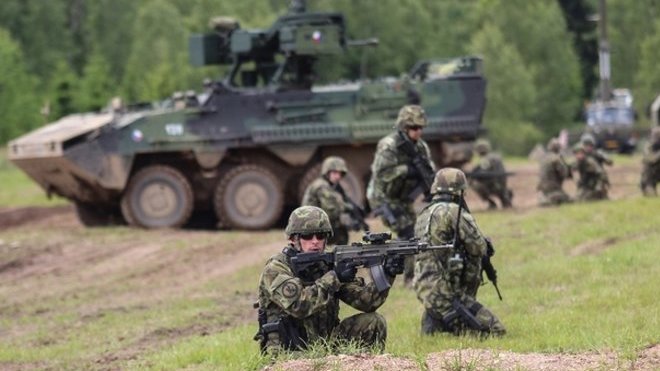 To proceed with the Czech Republic’s stimulus package, the government needs to save billions of korunas, which would involve significant cuts to the defense budget by 2.9 billion korunas (€108 million).

Meanwhile, army officials are pointing to the already underfunded state of the military.

Although it might seem that cutting defense expenses is a logical step, several Czech politicians, journalists, military officials, and even NATO Secretary-General Jens Stoltenberg point out how imprudent such a decision is.

“Overall, we are prepared to cut 2.9 billion korunas (€107 million) from the budget. That is the maximum possible support we can offer to the state in this critical situation,” said Metnar, adding that the decrease in the budget must not affect key armament projects.

This year, the Czech Defense Ministry was supposed to manage a budget of 75.5 billion korunas (€2.79 billion).

“The modernization of the armed forces has to continue, however, we decided to postpone some lower-priority projects,” added Metnar, who stressed that the “agility and combat readiness” will not suffer because of the budget cuts.

Although the cuts should not affect the key armament projects, the Defense Ministry considers reducing military recruitment and thus saving more money.

At the same time, the army leadership points to the long-term underfinancing of the military, which uses decades-old technology and equipment. According to army officials estimates, the military needs investments worth tens to hundreds of billions of korunas.

Furthermore, to have a sufficient numbers of soldiers, the army has to recruit about 2,000 new soldiers every year.

Indeed, just five days before the state of emergency was declared in the Czech Republic, Chief of the General Staff of the Czech Armed Forces Aleš Opata called the Czech army a “ruin that is unable to perform defensive tasks” and which needs extensive modernization.

“I would not use the word ruin, but the army has been underfunded for years,” Defense Minister Lubomír Metnar said later, pointing out that the budget of the Ministry of Defense is increasing every year.

The question now is what comes next. Among other things, military budget growth was driven by the Czech Republic’s promise to NATO to spend two percent of its GDP on defense by 2024. At present, it is about 1.3 percent.

Currently, both government and opposition politicians have doubts that the army will have that two percent, or 130 billion korunas (€4.8 billion), at its disposal in 2024.

However, NATO Secretary-General Jens Stoltenberg encouraged governments within NATO to keep their promises and maintain military spending despite the expected economic impact of the pandemic.

“We live in an uncertain world. The coronavirus outbreak has made clear that many of the challenges we face are too great for any one nation or organization to face alone,” said Stoltenberg.

Even though the Czech government is convinced that cuts in the Defense Ministry budget are adequate, journalist Pavel Otto pointed out that in times of crisis, the Czech army is usually the first victim of budget cuts. This was true for both catastrophic floods in 2002 and the global financial crisis in 2008.

“The military does not need to make large acquisitions,” said Prime Minister Andrej Babiš regarding the decision of the government, while Interior Minister Jan Hamáček told Právo daily that even a more significant cut in military spending would not help to reduce the debt caused by expenditures on the economic and social damage caused by the coronavirus.

“Currently, our situation requires the involvement of the army, so I don’t want to demoralize it by cutting the military budget,” added Hamáček, who is advocating against postponing the planned purchase of new military technology worth 75 billion korunas (€2.77 billion), which is absolutely crucial according to military representatives.

Despite Hamáček’s statement, his party colleague and Minister of Culture Lubomír Zaorálek warned that “we will be crammed with classic weapons worth billions of korunas while being helpless against the current threats.”

Is saving on the military spending wise in the long-term?

Jana Černochová, the head of the Committee on Defense of the Czech Parliament’s Chamber of Deputies, rejects the hasty cuts.

“Taking the money from the military budget is easy, but unwise. If the strategic purchases get postponed again, it would hit the army significantly, and in the future, this debt could not be overcome at all,” she explained.

Jan Bartošek, a member of the Committee on Defense, has the same opinion, saying that “investing in security equals investing in the future”.

Although the Defense Ministry said that the approved budget cut is final, the total amount of money that the army will lose will be much higher, writes journalist Ondřej Stratilík, as it is highly unlikely that the defense budget will increase next year to the promised amount of 85.3 billion korunas (€3.14 billion).

At the time that the country grapples with the coronavirus crisis, the Czech army is proving to be a key component in managing the situation by ensuring the transport of goods and assisting with other projects, such as the planned smart quarantine.

Although soldiers do not need new combat vehicles while offering aid during the coronavirus crisis, the question is to what extent could the current budget cuts damage the army in the future.