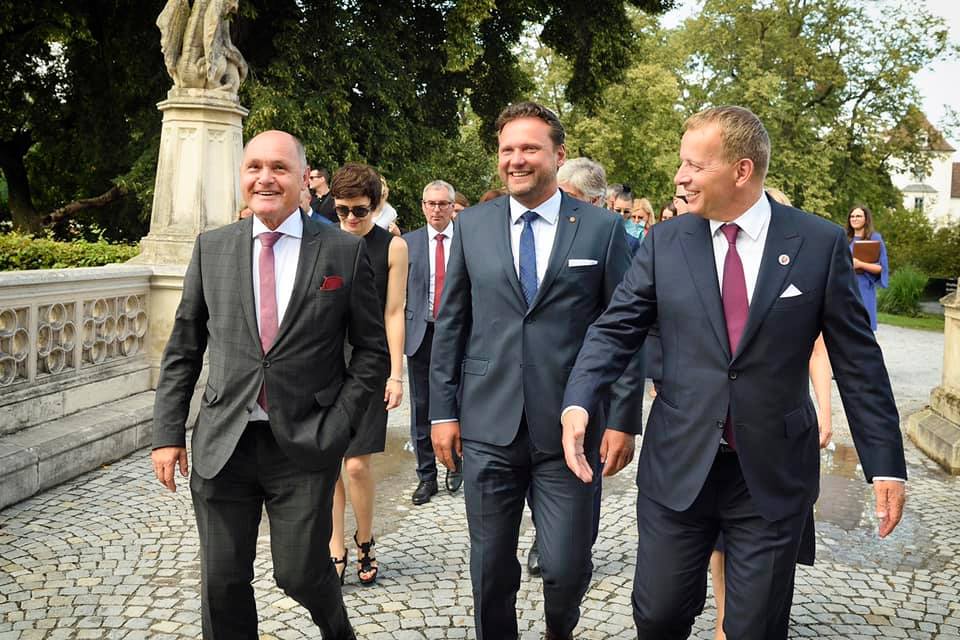 In a meeting at the Grafenegg castle, heads of parliaments of Austria, the Czech Republic, and Slovakia agreed that despite the higher numbers of new coronavirus cases in recent days, the borders between their countries should remain open.

“We agreed that borders should not be closed unless something extraordinary happens and even in such case, it should be at least communicated in advance,” said Radek Vondráček, chairman of the Czech Chamber of Deputies.

“We made each other sure that closing the borders should be the last possible solution,” said Boris Kollár, chairman of the Slovak parliament, according to the Slovak news agency TASR. He added that his country will not restrict the travel of so-called commuters who travel from Slovakia to Austria to work.

“Epidemiologists must act, but we must not close the economy, the three of us agreed. We must keep the borders open so that the economy can function,“ Kollár said. According to him, closing the borders is at stake only in the case of a very serious danger, which, however, is not an immediate threat.

According to the APA, the speakers of the parliaments of three neighboring countries spoke on Sunday about Hungary’s decision to close its borders to foreigners from Tuesday and about the situation in Belarus. They agreed on the need to show solidarity with the Belarusian people and civil society there.

“The meeting of the Speakers of the Parliaments of the Austerlitz Format (Czech Republic, Slovakia, Austria) is a matter of the heart for me. In 2018, I invited my colleagues to us for the first time and yesterday it was our fourth official meeting,” wrote Radek Vondráček on Facebook.

The heads of parliaments acted within the so-called Austerlitz format, which was created in January 2015 in  Austerlitz near Brno to develop cooperation between the Czech Republic, Austria, and Slovakia, especially in the area of neighborhood relations and European policies.