Czechs fail to protect themselves from coronavirus

Increase in the number of infected people accelerates

Czechs are now protecting themselves less from coronavirus than at the turn of October and November, when the number of infected people increased at a record rate. At the same time, however, people are now meeting more often. Recently, for example, Czechs have started to visit relatives and friends more and also come to work more often.
At the beginning of December, the increase in the number of infected people began to accelerate again after a previous slowdown.
The increase in Covid-19 cases in the Czech Republic at the turn of October and November reached record levels of around 15,000 infected per day. At that time, each participant in the survey was in greater contact for at least five minutes with an average of only 13 people a week.
Then, the increase in the number of infected people began to slow down and at the same time the number of people that the respondents met increased. In the week between Nov. 30 and Dec. 6, every Czech was in closer contact with an average of 16 people. That is the week when the government eased measures against the spread of coronavirus and shops, restaurants, and service establishments opened.
For example, the share of Czechs who visit family and friends has increased significantly. At the end of October, only 46 percent of people met with relatives or acquaintances at least once a week. At the beginning of December, 57 percent of respondents went to visit family and friends.
More people have also started to come to work in person. At the turn of October and November, only 61 percent of respondents were personally present at work, and another nine percent took turns working or working from home.
At the beginning of December, 69 percent of people were already commuting to work and nine percent were changing attendance and work from home. According to earlier data from the Institute of Health Information and Statistics, most people in the Czech Republic became infected with coronavirus at work. In September, for example, about three-fifths of all people whose tests confirmed the infection caught the coronavirus at work.
Although Czechs began to meet more people in previous weeks, they also relaxed in complying with protective measures. At the end of October, up to 65 percent of people followed most measures, such as wearing a face mask, washing their hands thoroughly, or avoiding places with a large number of people.
By the beginning of December, the proportion of these people had dropped to 58 percent. According to the survey, paradoxically, it is the respondents who also meet the largest number of people a week who are the least observing the protective measures.
PAQ Research data is based on surveys conducted regularly every two to three weeks since March when the coronavirus began to spread in the Czech Republic. The last survey is from Dec. 8. 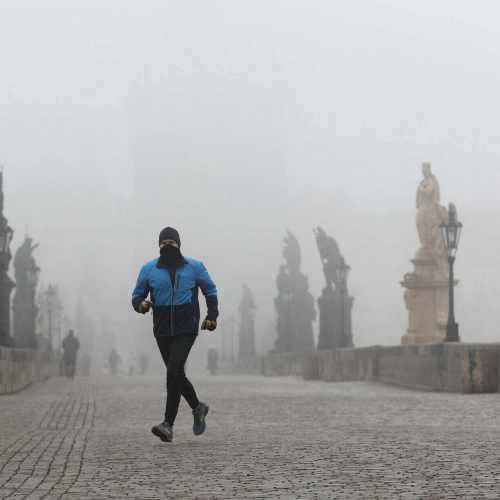