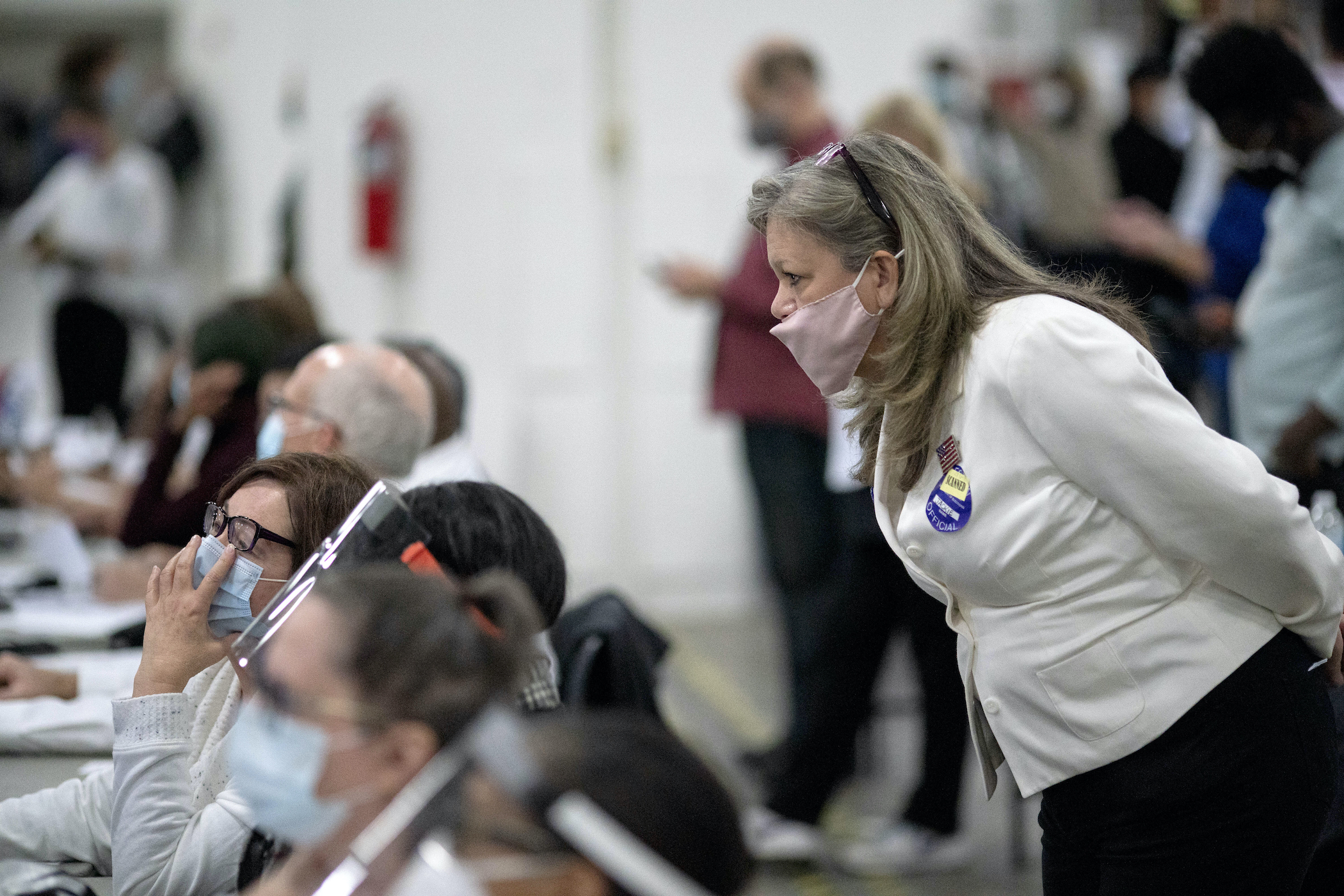 At least three voters were born around 1900

Data from the official Michigan government voter index indicates that a man who died in 1984 has voted in the United States presidential elections on Nov. 3 via absentee ballot.

One man, 118-year-old William Bradley, who was born in 1902, voted via absentee ballot and would be the oldest male to have ever lived if he were actually alive. The world record for the oldest male ever belonged to a man in Japan, Jiroemon Kimura, who lived until 115.

Even though Bradley died in 1984, Michigan’s voter portal confirms that Bradley’s ballot was received on Oct. 2. The information was widely shared on social media. Remix News confirmed the information when William Bradley’s data was inputted into the voting portal database.

A video of a search of the voter has gone viral.

Biden voters are much more motivated than I originally imagined. William here came back from the grave to support his candidate. @Wizard_Predicts pic.twitter.com/F4NIoruRoS

How long has this been going on?

Data from the US Social Security administration confirms Bradley died in 1984.

Other extremely elderly people, all 118 or older, voted in the election as well, according to data from Michigan’ website. The information come at a time when US polling stations closed and election commissions continue counting votes that will determine who will be the next U.S. president is, with multiple posts about suspicious electoral activity resonating on social media.

The Essential Fleccas Twitter account pointed out the case of June Aiken as well, born in 1900, who allegedly sent her absentee ballot on Sept. 11. She would be 120 years old. That would make her the oldest person in the world.

ANOTHER ONE: Apparently June Aiken (born in 1900) voted via absentee ballot in Jackson County, Michigan. That would make them 120 years old!

Currently, Kane Tanaka from Japan holds the title of oldest person in the world, according to the latest information as of 2020.

According to Michigan’s voter portal, Donna Brydges, born in 1901, returned her absentee ballot on Sept. 24. She would have been 119 years old and the second oldest person in the world currently living.

ANOTHER ANOTHER ONE: Apparently Donna Brydges (born in 1901) voted via absentee ballot in Mason County, Michigan. That would make her 119 years old!

It would not be the first time dead people have been found to be voting, with the New York Post reporting that absentee ballots were mailed to dead voters and returned with a vote in New York City this year. CBS News also reported on the same issue in Chicago in 2016.

Fears of voting fraud in Michigan

President Donald Trump and his supporters are fearing that mass fraud has occurred in critical swing states like Michigan. Chaos erupted at an absentee ballot counting location when hundreds Republican observers concerned about voter fraud arrived at the location in Michigan on Wednesday.

Detroit is using the TCF Center to count all absentee ballots in the city.

Numerous videos were posted on social media showing workers boarding up windows to restrict people from viewing the ballot voting process from those outside.

The scene at Detroit’s absentee ballot counting center is growing more heated. The windows now being covered up. Allegations of violations. Sec. of State says she welcomes challenges. pic.twitter.com/oUL4A0h3Ku

Matt Finn, a Fox News producer commented on the incident, writing, “Some of the windows remain blocked off. I asked a few people who taped them up and why, no clear answer. A few poll challengers / workers tell us they feel there wasn’t a fair number of (Republicans and Democrats) in this room.”

The Trump campaign has filed a lawsuit indicating that they were unable to gain access to the counting process and were therefore calling for the vote to be halted until election officials can provide proper accommodations.

The campaign of Republican Senate candidate John James is also alleging there was a severe lack of integrity in the voting process, with Stuart Sandler, a consultant with the campaign and an election observer present at the count telling Fox News there were “a lot of irregularities” throughout the voting process that must be investigated.

Sandler said victory looked sealed in Michigan before a mass of ballots flooded in the middle of the night.

James O’Keefe, from Project Veritas, also posted a video of a U.S. Postal Service whistleblower who stated that he was directed by superiors to back-date ballots that arrived late, which would be illegal. The whistleblower told O’Keefe they were ordered to “separate them from standard letter mail so they can hand stamp them with yesterday’s date and put them through.”

“Separate them from standard letter mail so they can hand stamp them with YESTERDAY'S DATE & put them through"#MailFraud pic.twitter.com/n7AcNwpq80