Demonstrations in defense of Polish sovereignty held in Warsaw

“This is Poland, not Brussels,” demonstrators chanted in front of the Polish Constitutional Tribunal in Warsaw 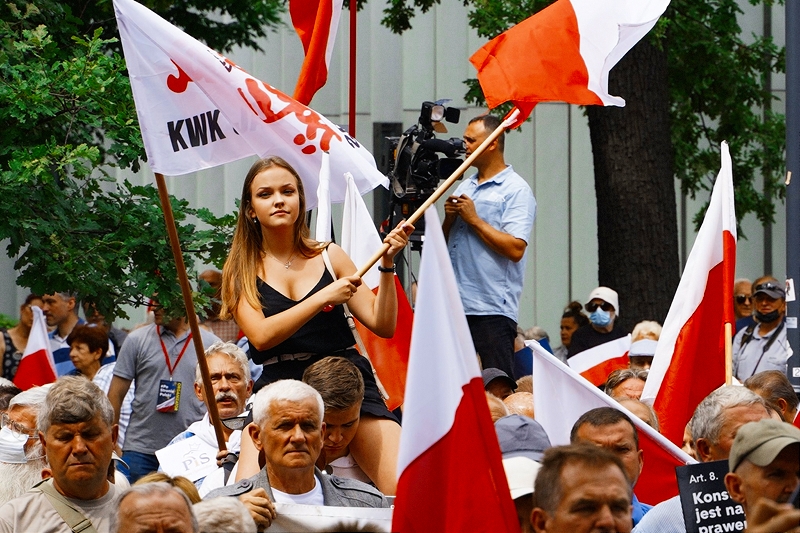 The “Gazeta Polska” daily clubs organized a series of demonstrations on Saturday in front of the Polish Constitutional Tribunal in Warsaw to defend Polish sovereignty and the superiority of the Polish constitution over EU law.

Tomasz Sakiewicz, the editor-in-chief of “Gazeta Polska”, emphasized that the Polish constitution’s authority is currently being undermined because laws are being imposed on Poland without the consent of its citizens.

“The treaties which we have signed with the EU have stopped being considered, and someone is imposing treaties which we are not informed about. This is all happening above the heads of the entire nation and society. Our people simply did not permit this – they fought for democracy,” Sakiewicz said, adding that many former “Solidarity” trade union activists who were incarcerated for fighting for Poland’s freedom during the communist era took part in the protests.

“They do not want a Europe in which the strong imposes its will on the weak,” he said.

The protesters present in front of the Constitutional Tribunal chanted slogans such as “This is Poland, not Brussels”. They also brought banners which had the 8th article of the Polish constitutional written on them. The article states that the constitution is the highest law in Poland.

Sakiewicz pointed out that there were politicians who used the constitution only to their own ends are who are ready to throw it away when it began to impede them. He emphasized that the demonstrators from the “Gazeta Polska” clubs have always respected the constitution and were consistent about doing so.

“Today we must simply defend the constitution because it is the expressed will of the nation and the only law which concerns all Poles,” he stated. 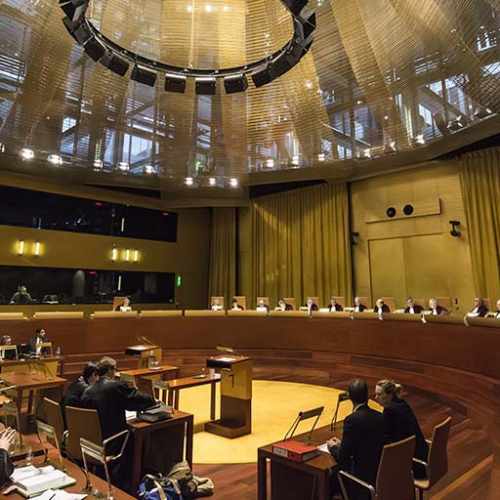