Destroyed by the Nazis in WWII, Poland has new plans to rebuild the Saxon Palace in Warsaw 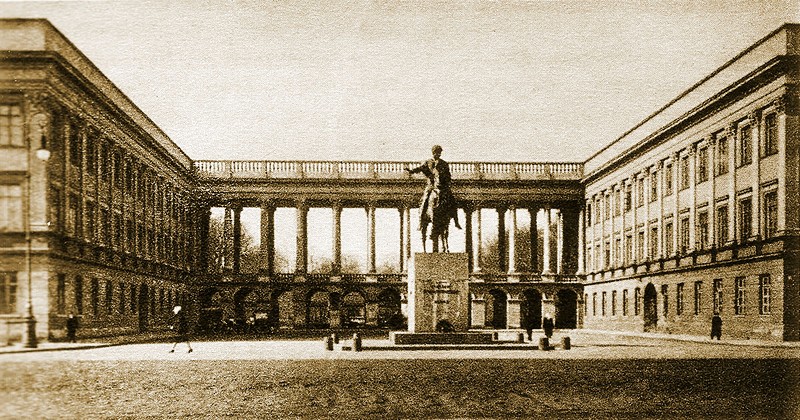 Poland’s conservative government has plans to rebuild the historic Saxon Palace (Pałac Saski), which was destroyed by German occupants during the Second World War.

The Polish Deal, a plan to grow the country over the coming years, was presented on Saturday, May 15, and  focuses on taxes, housing and pension reforms. However, building projects are also included, as Law and Justice (PiS) leader Jarosław Kaczyński revealed.

“We want to develop Polish museums. We will develop castles and palaces, including the Saxon Palace,” Kaczyński said, while also announcing changes in the school history curriculum.

The subject of rebuilding the Saxon Palace has re-appeared in Polish public debate for many years. For example, in 2008, a tender for its reconstruction (the fourth tender between 2002 and 2008) was announced, but it never ended in construction work. The initiative to rebuild the palace was supported by former President Lech Kaczyński when he was still mayor of Warsaw.

There was even an idea to move the Warsaw City Hall or the senate to the reconstructed palace.

The topic of the reconstruction returned when President Andrzej Duda released a declaration on the matter on Nov. 11, 2018, the centenary of Poland’s independence. To the disappointment of many Poles, nothing so far has come of this declaration.

Recently, Duda supported an idea again by writing an article on a special website devoted to rebuilding the palace.

“The void on the Western part of the Józef Piłsudski square, near the entrance to the Saxon Garden, is negatively reflecting on the entire square. It makes it so that we perceive the square as lacking expression and coherence. This is what truly convinces us of the need to rebuild the historic area,” the president wrote, adding that the square which can be seen in photos from the 1930s had a closed form.

The minister of culture, Piotr Gliński, tweeted that “the Saxon Palace, along with the Tomb of the Unknown Soldier, is the most important symbol of Warsaw’s unfinished reconstruction. Owing to the Polish Deal, its long-awaited reconstruction will become fact.”

The palace’s initial construction, which was located by the area of today’s Józef Piłsudski square in Warsaw, was started in the middle of the 17th century. Its development was undertaken in the following years when the Polish-Lithuanian Commonwealth was ruled by kings of the Saxon House of Wettin. Following the death of King August III in 1763, it ceased to be an official royal residence but remained in the hands of Saxon kings all the way until 1816.

Following the 1939 invasion of Poland, the Nazi occupiers took over the palace and resided in it until 1944. After the fall of the 1944 Warsaw Uprising, the Germans blew up the whole building. Only parts of the central arcade remained, housing the Tomb of the Unknown Soldier, which escaped destruction.

Title image: The Saxon Palace in Warsaw in 1932, source: Wikipedia.