Donald Tusk: We are witness to the birth of a new EU which has nothing to do with treaties and procedures

Donald Tusk openly admits that treaties and procedures in the EU are a fiction and believes that it was a normal direction for the EU’s evolution, writes publicist Stanisław Janecki 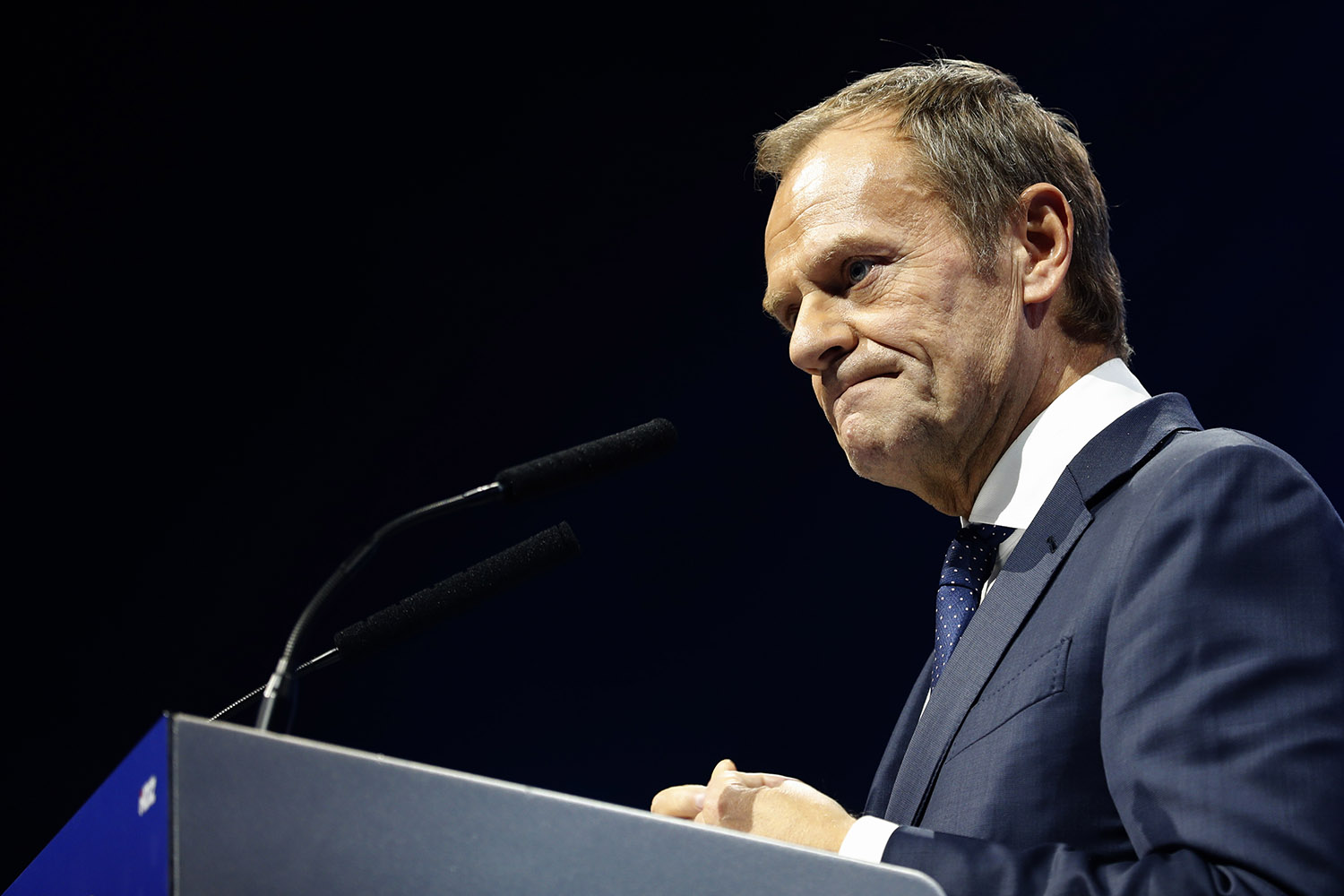 Donald Tusk has said something which truly encapsulates his five-year term as president of the European Council.

According to himself in an interview for Polish weekly Polityka, while serving as president of the European Council, he consciously conducted an attack on the EU’s constitution. In the interview, he makes it clear that he does not see why anyone would be outraged by that fact as he believes that it was normal and the right direction for the EU’s evolution.

He told Polityka that “we are witnesses to the birth of a new EU, which has nothing to do with treaties and official procedures”.

So what? Those treaties can now just be dumped into the trash bin? On what basis does the European Council, the European Parliament or the European Court of Justice work? On private phone calls between Angela Merkel and Emmanuel Macron? That would mean that the EU is being directed by a Soviet-style body untethered to the laws and treaties that once governed it.

In any country, the type of systemic change which is currently occurring in the EU would be considered a coup d’état and a development that is diametrically opposed to democracy and law. But for Donald Tusk? That’s simply not a problem.

As president of the European Council, Tusk never shied away from appeals to respect what defined as the “Europeanness” of those treaties. And now, all of a sudden, some kind of new EU is being born which doesn’t care about the past. So what was Tusk defending back then? And who is in reality in charge of the EU today?

Until now, unanimous agreement of all member states and the treaties served as the foundation of the EU. If it is no longer so, then a coup has taken place in the EU, which occurred during Tusk’s term and with his consent.

Who are the new rulers of Europe? Tusk does not say. He just vaguely alludes to a small clique of people, saying, “Europe discussed itself and its future with its own much smaller group.”

What sort of Europe discusses itself in its private group? Germany and France? Maybe with the Netherlands? These are discriminatory and illegal practices, going against articles two, three and four of the EU treaties.

Tusk says that unless a radical breakthrough occurs, this process of disregarding treaties will be unstoppable. What kind of breakthrough and who would make it? Would it consist of a breakthrough that shows the perpetrators and their attempt to break the EU away from law and democracy? Tusk would be one of the first to be accused, even if just for cooperating with the people responsible for this occurring.

According to Tusk’s words, Poland should instead work with the people responsible for breaking the EU’s treaties and join them in their work to destroy the EU. In such a scenario, Poland should then not be kicked out of such a “union”. This is completely insane.

In Tusk’s weird claims and anecdotes, we can find regret on his part that Poland would have naturally been a part of this conspiracy to destroy the EU if it had not been for his conservative rival’s, the Law and Justice party (PiS), and its rise to power.