200 migrants stuck in Bosnia after authorities set up police roadblocks

Migrants are now waiting near the town of Bosanska Otoka 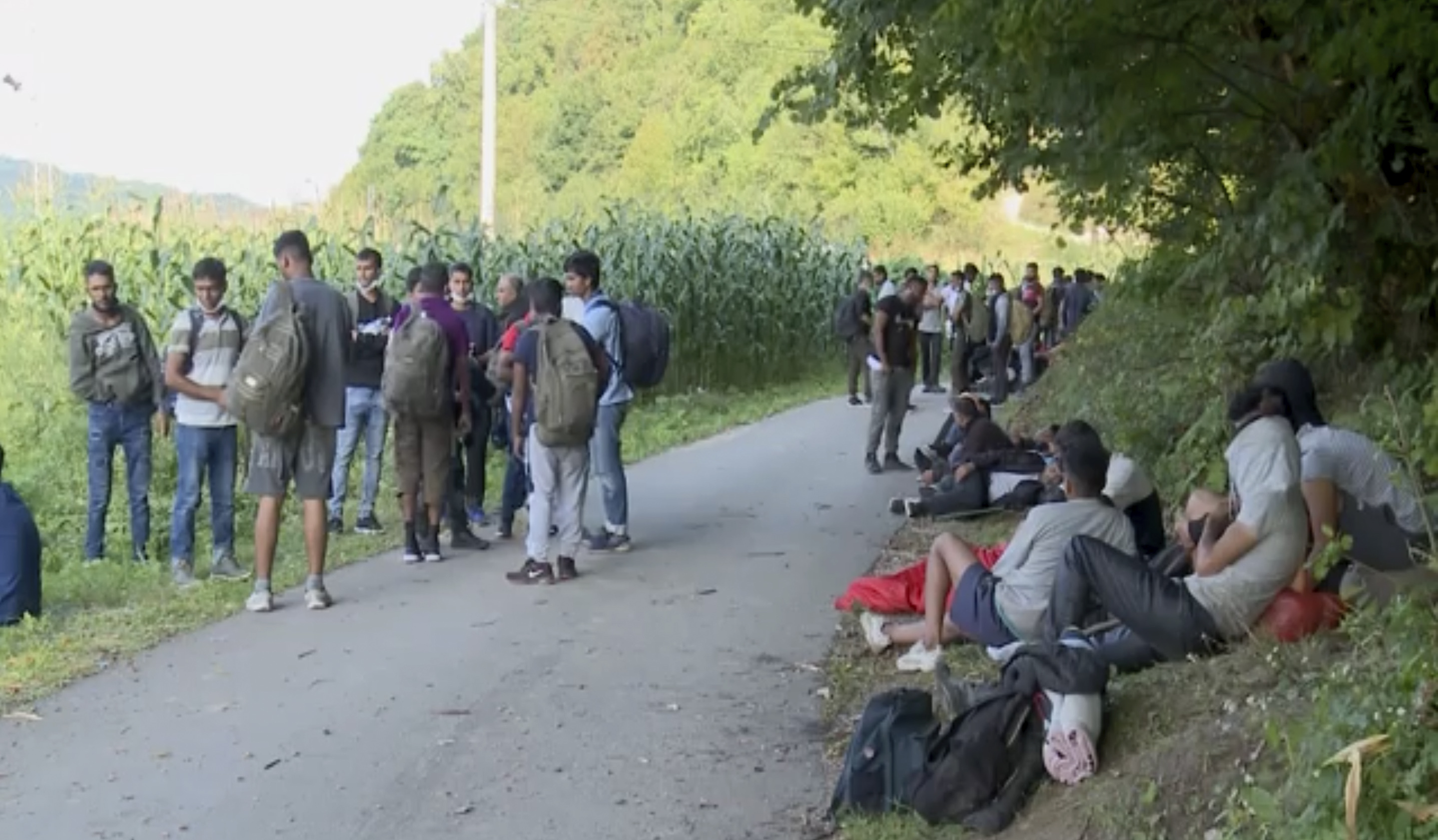 A dispute between regional authorities in Bosnia has left nobody wanting to accept migrants attempting to travel on to Western Europe, resulting in 200 of them to be stuck near the town of Bosanska Otoka.

Authorities in the north of the country have condemned the alleged inability of other parts of the state to share the burden of the migration crisis and set up roadblocks with police patrols on roads in the Krajina region. The roadblocks are designed to prevent refugees from entering the territory under their jurisdiction, and police are supposed to escort migrants who manage to breakthrough to where they came from.

At the same time, other parts of the country are also refusing to take them, resulting in 200 migrants being ordered off of buses and trains near the town of Bosanska Otoka.

Although most of the migrants are men, their numbers also include women and children.

“There is no food, no water, nothing,” said Ali Razah from Pakistan, noting that various police forces prevented him from moving in any direction.

In response to the action of the northern Bosnian authorities, other administrative areas of the country have taken a similar step, also sending police forces to prevent migrants from returning to “their” area.

As other Balkan countries closed other sections of the commonly used migration route from the Middle East, Central Asia, and North Africa, Bosnia became a bottleneck on the Balkan migration route. Migrants usually enter Bosnia from Serbia and continue to the borders with Croatia.

According to the Associated Press, the migration crisis is being used by the leader of the radicals among Bosnian Serbs, Milorad Dodik, who, thanks to his position in the country’s collective leadership, thwarted efforts to send troops to the border with Serbia to prevent the influx of refugees.

Dodik, who persistently encourages Serbs to separate from multi-ethnic Bosnia and ally with neighboring Serbia, took advantage of the situation, refusing to accept migrants in an autonomous enclave of Bosnian Serbs and expelling them to the other part of the country.

Bosnia, which experienced a bloody civil war in the 1990s with more than 100,000 dead and resulting in millions of people left homeless, consists of a Bosnian-Croatian federation and a Serbian entity.

Both parts have considerable autonomy and are connected by a complicated network of central institutions that are supposed to govern by consensus, but often tend to turn even the most common issues into sources of political tension.

Bosanska Otoka is also known as a location where Czech soldiers fired into the air to prevent the clash of Muslims and Serbs in April 1996.

Title image: In this grab taken from video migrants who were directed off a railroad by police blocking the path gather, in Bosanska Otoka, Bosnia, Monday, Aug. 24, 2020. Bosnia’s quarreling ethnic leaders have put migrants amassed in the country while seeking entry to Europe at the center of a political tug-of-war. Local authorities in the northwestern Krajina region have set up roadblocks to prevent migrants from entering the area under their jurisdiction, leaving hundreds trapped on the side of a road without access to food or shelter. (AP)