Duda: Civic Platform (PO) government conducted a “policy of mediocrity and of stuffing the pockets”

Duda on course to win second round of presidential elections 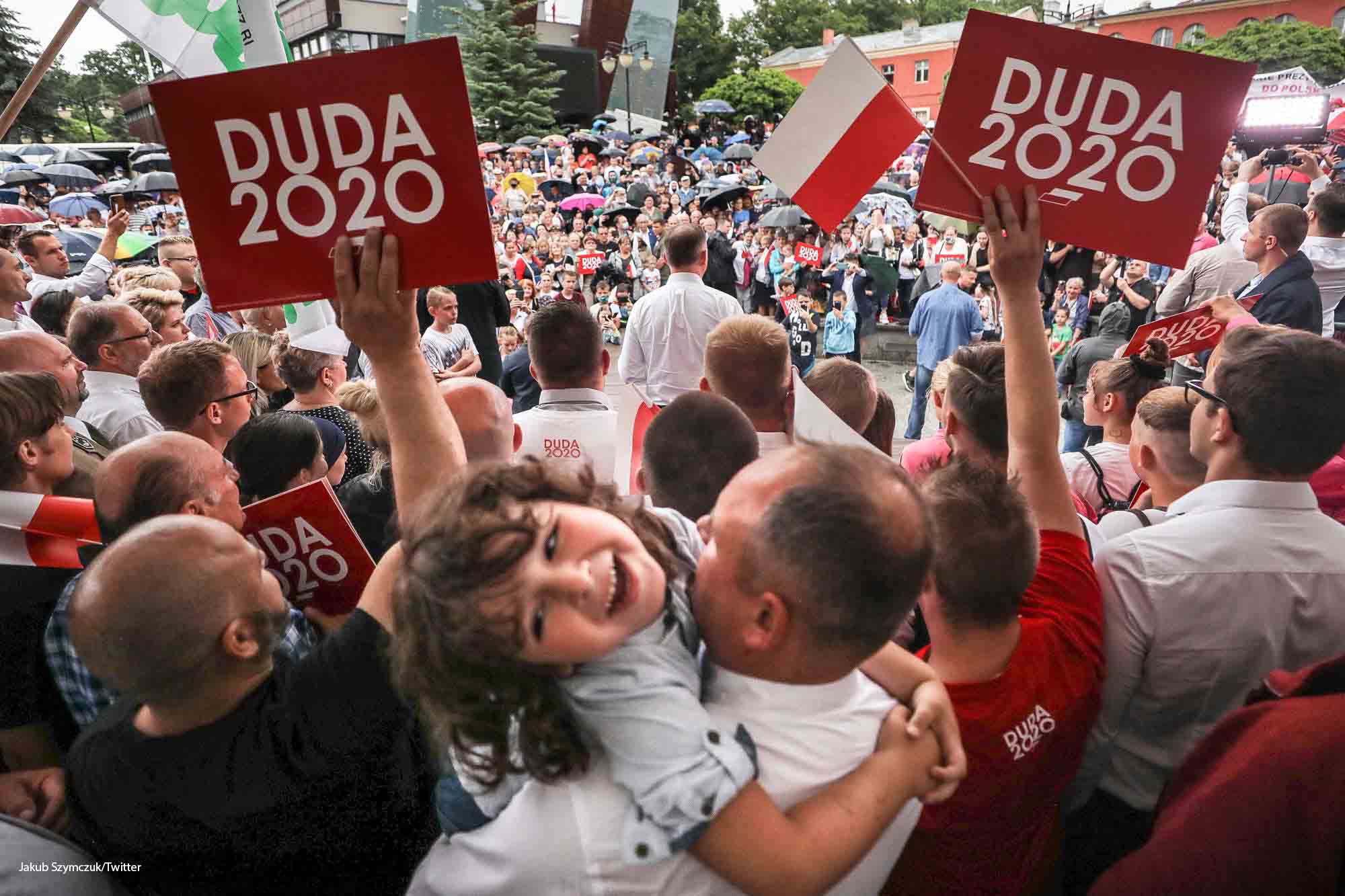 During his speech at a rally in West Pomerania, Andrzej Duda emphasized that under his term, the lowest number of Poles living in extreme poverty in Polish modern history was achieved.

He stated that he wants his policies of brave investments and caring for other people to continue. There will be no return to “a policy of mediocrity and caring only for the elite, of stuffing the pockets of the Warsaw elite, the richest people who made their riches at the cost of the rest of society,” he said.

Duda also raised a question to the politicians of the previous Civic Platform government concerning the billions of PLN from value added tax (VAT) per year which went missing.

“Instead of reaching the people, instead of fulfilling policies for the people, this money disappeared somewhere. Someone permitted this,” he said.

The president declared that PO allowed for this money to be stolen from Poles and urged voters to support him, so that such theft can never happen again.

According to a new survey by Pollster for TVP, Andrzej Duda should defeat his PO rival Rafał Trzaskowski by 51.14 to 48.86 percent in the second round of the presidential elections.

The expected turnout is 66 percent, an increase from the 64.51 percent in the first round.