Duda: I want a Poland that protects the weak and doesn’t fear the strong

The president is fighting for re-election 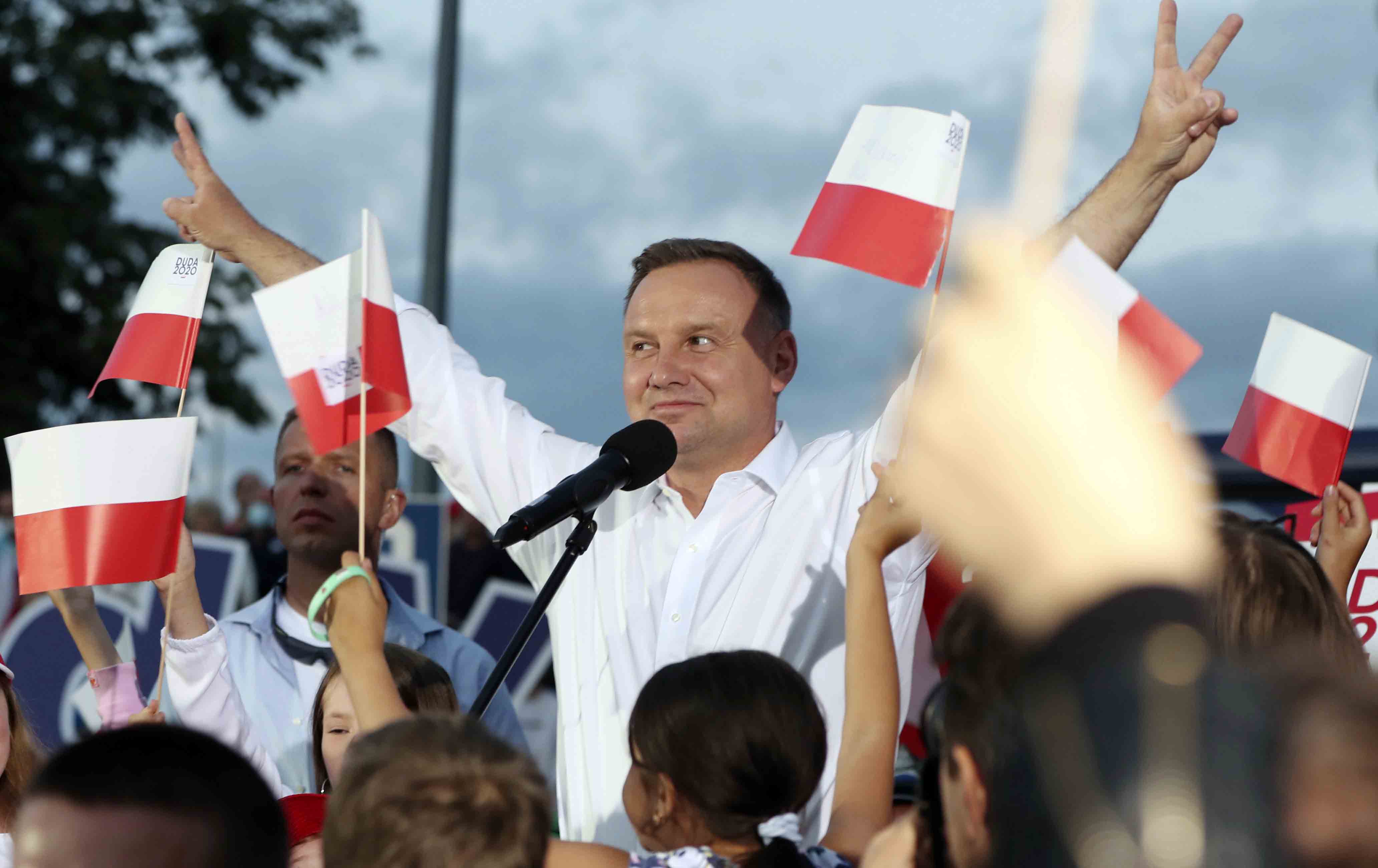 During his rally in Wieliczka (South Poland), president Andrzej Duda said that Poland is a country whose democracy is becoming increasingly grounded and this shows itself in the high turnout in the last elections.

Duda underlined that the upcoming elections will decide whether Polish policy will be directed at ordinary people and families, or whether it will support only the elite.

“I want to live in a Poland in which honesty wins. I want a Poland, as president Lech Kaczyński said, which can defend the weak and not be afraid of the strong,” he stated.

As a display of love for their country, thousands of the people gathered in Wieliczka erupted into singing the Polish national anthem:

Duda stressed that Law and Justice’s (PiS) social programs were meant to ensure that people in Poland could live in decent conditions and to pull them out of severe poverty.

The head of state declared that alongside the government, they managed to eliminate unemployment, even during the coronavirus crisis, it is half as much as in 2015.

The president pointed out that poverty among children was reduced by 90 percent and the number of people living in severe poverty has dropped by 1.2 million.

He underlined that these achievements in social policy were the great success of not only his presidency, but also former PM Beata Szydło, PM Mateusz Morawiecki and the entire United Right coalition.

Duda reiterated that only he is the guarantee of maintaining and developing the social programs.

The president also explained that his plan for Poland is to equalize the country in many ways, such as introducing sport and recreation areas, cultural sites and high speed internet everywhere in Poland.

I want to now move into the stage, in which Poland becomes such a country,” President Andrzej Duda declared.

The president also announced that Poland’s newest gas investments will lead to the country’s energy security increasing which will make it energy-independent. He added that owing to that security, Poland will become the deliverer of energy safety to its neighbors.

Second round of the election this Sunday

The second round of the presidential election in Poland will take place this Sunday, July 12.

According to the last survey by the Social Changes research center, the difference in votes between Andrzej Duda and Rafał Trzaskowski is minimal – 47 percent want to vote for the incumbent and 46 percent have declared support for the Civic Platform (PO) candidate.

Finally, 7 percent of the surveyed still do not know who they will vote for.