President Andrzej Duda underlined that the Middle East conference planned in Warsaw in February is part of increasing Poland’s prestige, but also a duty as member of the UN Security Council. He also emphasized that Poland is a neutral territory when it comes to the Middle East. 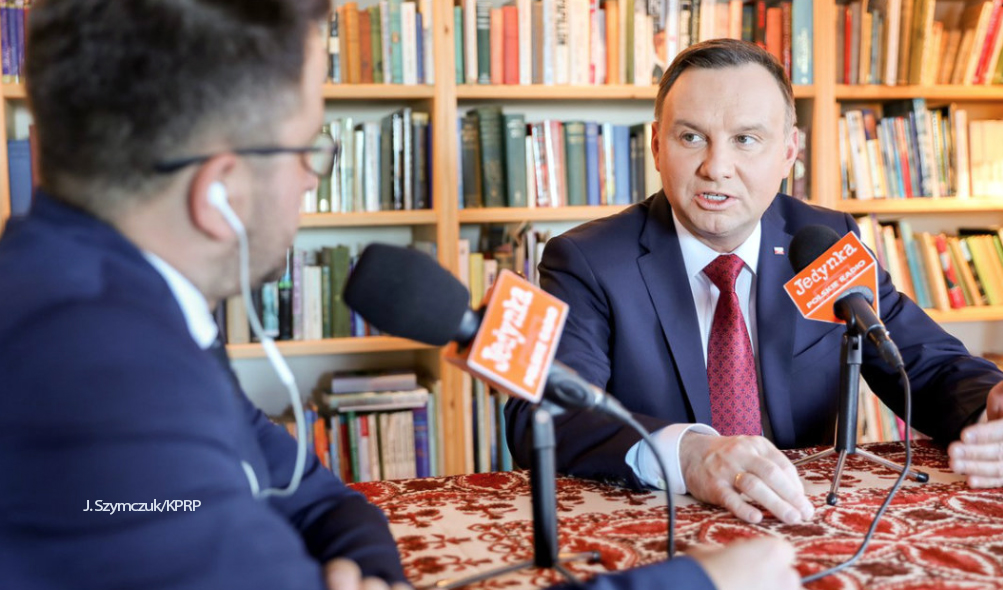 In mid-February the United States and Poland will hold a joint international conference concerning the Middle East. One of the main topics is to be the issue with Iran, but Iran has not been invited to participate.

“This is still a matter to be discussed with our partners,” Andrzej Duda told Polish Radio. “Please remember, that we are the host, we co-organize it with the US, but there are other participants and I’m sure that the ministry of Foreign Affairs and minister Czaputowicz is leading intensive dialogue.”

The President added that “we want to do all we can to help return peace to the Middle East, and that is a much broader issue than just Iran.”

Duda also commented on Poland’s role as a bridge between Western Europe and the United States. He underlined that Germany and the US are partner states of the Three Seas Initiative and that is a “contact point”. Although cooperation was working well, there were some issues such as Nord Stream 2.

This is a powerful game of interests. We are a part of it, because we are a large EU country and have our own interests

“This is a powerful game of interests. We are a part of it, because we are a large EU country and have our own interests,” the President added.

Duda referred to the rumors that Donald Trump would want to take the US out of NATO: “I do not believe Donald Trump realistically considers the US leaving NATO.” He also evaluated that alliance has no sense without NATO.

“Although Poland does all it can to defend itself, the main guarantor of Poland’s security is the USA,” added president Duda.