Duda on Independence Day: We are Poles and we have Polish responsibilities

Poland regained her Independence in 1918 after 123 years of partition. 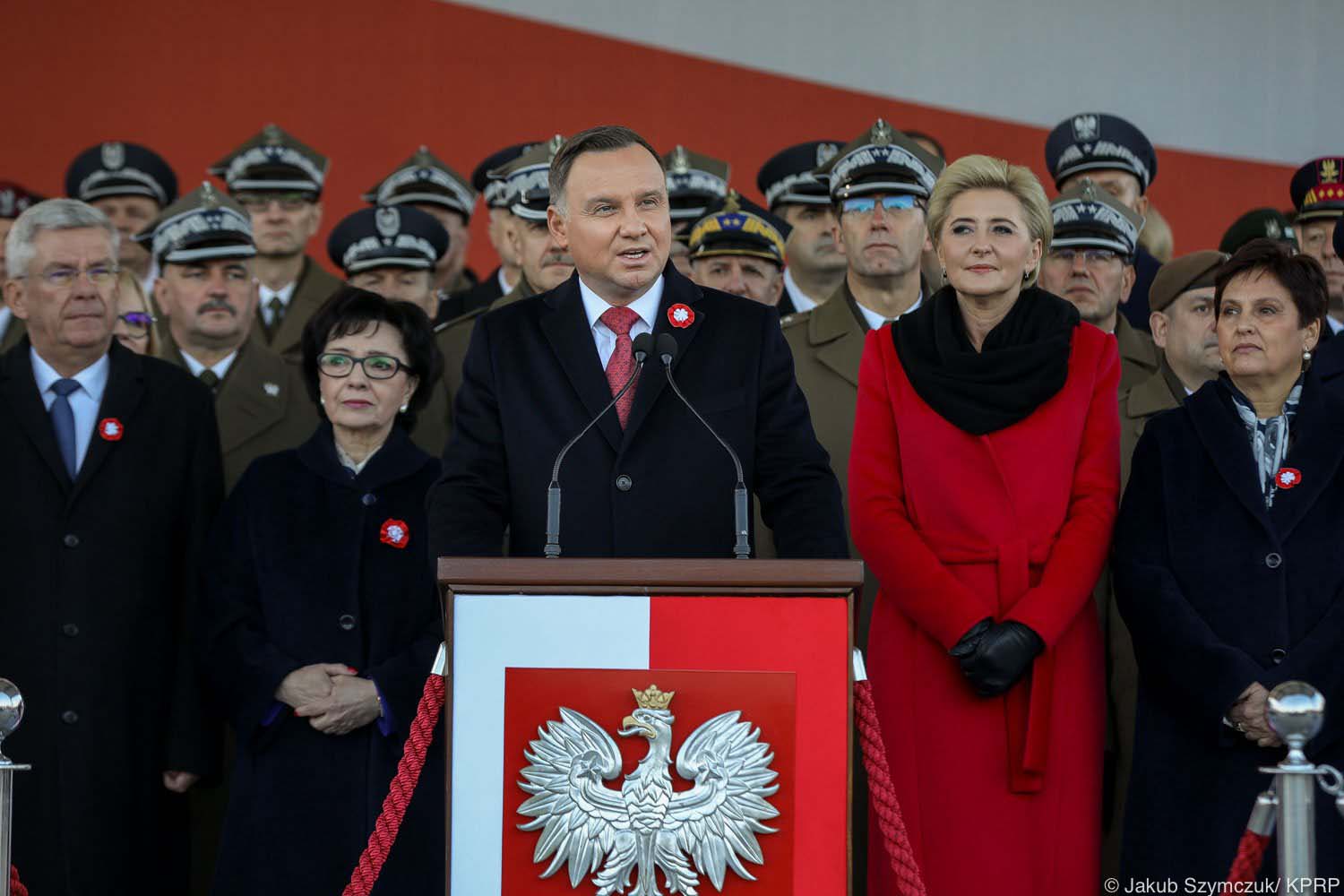 Previous generations of Poles were not as lucky as we are today, Polish President Andrzej Duda declared during a Polish Independence Day ceremony. To mark the occasion, he quoted Roman Dmowski, stating, “We are Poles and we have Polish responsibilities.”

The president reflected on Polish history and struggle for independence at Józef Piłsudski Square in Warsaw, saying that according to historians, “Today’s Poland is the freest, wealthiest and most secure Poland since the seventeenth century.”

Dude said he believes that “entire generations were not as lucky as we were” pointing to those who were born after 1989 and do not remember the times when Poland was not entirely independent, sovereign and free. During that time, Poland was a place where “what was forbidden now belongs to the most basic, natural and fundamental laws we have today.”

Duda referred to the 100-year anniversary celebrations of Polish Independence in 2018, emphasizing that when the world and Europe celebrated the end of the First World War, Poles were cherishing the return of their country to the world map.

The president underlined how after Nov. 11, 1918, many years of struggle were still to come and how much Polish blood had to be spilled for Poland to stabilize and solidify itself and its borders.