Review of Mária Schmidt’s “From Country to Homeland: Thirty Years of Freedom” 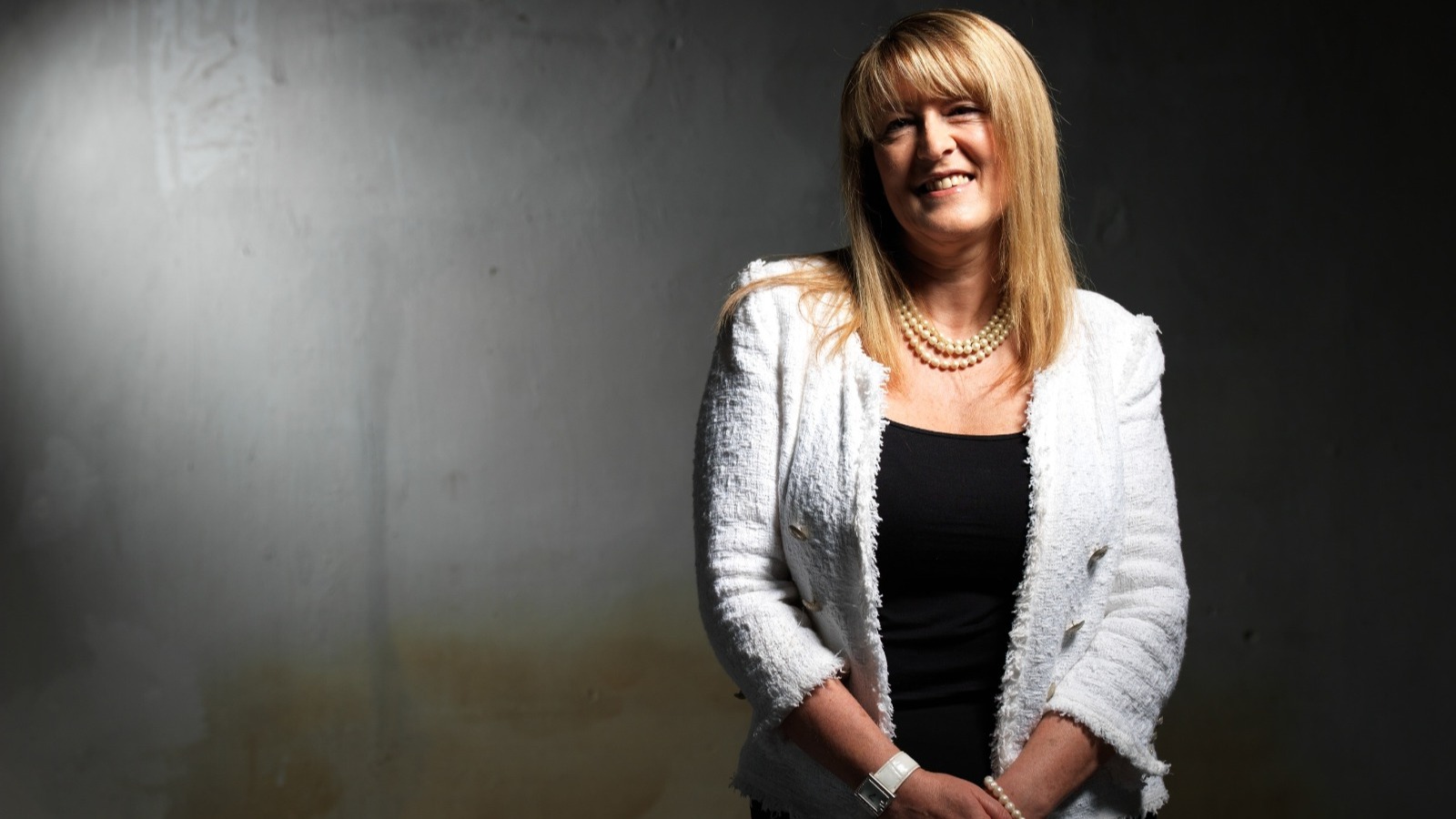 In the past 10 years, the disinformation campaign against Hungary has taken the form of a real crusade. One who gets their information from Western media outlets cannot help coming to the conclusion that Hungary, as The Economist reported in May 2018, has become the place where the propaganda of 1984 is perfectly applied.

Western politicians and opinion leaders are bidding on each other with hair-raising statements about the country and its democratically elected leader. Katarina Barley, the Social Democratic vice-president of the European Parliament who, while serving as German minister of justice, proudly posed with a statue of Marx erected using Chinese money, and said with little compunction that Hungary and Poland should be “starved” — pretty sound words from a German.

European Commissioner Vera Jourová from the Czech Republic is making a sport out of reminding Brussels and the European Union on a weekly basis that “Orbán is building a sick democracy.” Meanwhile, Luxembourg’s foreign minister, Jean Asselborn, whose most memorable political move was perhaps when he sucked the finger of Germany’s then foreign minister — now president — Frank-Walter Steinmeier on a ZDF cooking show, described Hungary as a “cancer” in the European Union.

The resentment toward Hungary and Prime Minister Viktor Orbán is so deeply ingrained in the souls of commentators, politicians and opinion-makers that they expect any emerging conflict (the constitution, the media law, the “expulsion” of Soros University), crisis (illegal immigration), “copy-paste revolution” (coined by Márton Békés and seen in the case of SZFE or the occupation of the state TV headquarters) and, most recently, the coronavirus pandemic to finally present the occasion to deliver worthy punishment to Orbán and his government.

This rightly raises the question: Has the West always been like this, and we just never noticed? If not, when did it become like this? These are important and cutting issues that, Mária Schmidt, director general of the House of Terror Museum, considers in her latest book entitled From Country to Homeland: Thirty Years of Freedom. Anyone familiar with the author’s oeuvre knows what to expect: taboo-breaking opinions and correlations set free from any sense of political correctness as well as raw and honest insights.

In her collection of essays, Schmidt reflects, chapter by chapter, on the events of the last 30 years since Hungary regained its national sovereignty and became an independent, democratic country. She comes to the conclusion, from the perspective of more than 25 years on, that we have been compelled to realize that the West does not understand the region’s struggle for sovereignty and spiritual independence, and we are also perplexed by their insensitive, neo-Marxist view of history and moral superiority. It has also taken us 30 years to admit that the West, which we all so eagerly and voluntarily wanted to copy and imitate as soon as possible, “is no longer a standard or a model for us, but a bogeyman that terrifies and appalls us,” the Széchenyi Prize-winning author writes. They sounded like sirens with their slogans, carrying the promise that we could integrate, quoting Ivan Krastev into “developed and successful democracies” by “imitation and adaptation”. However, the triumph of anti-communist revolutions was replaced by disillusion and disappointment, exacerbated by the robber capitalism of “Marriott brigades,” who gained insight and influence over the economic management centers of countries, including Hungary, through industrial espionage.

Our frustration was heightened by the fact that, with the powerful help of the West, the post-communist stratum in Hungary — so open to blackmail — successfully transformed its political power gained under communism into an economic one under these new conditions. The strong Western political elite and, in the words of Michel Houellebecq, the “dying monsters of progressivity” had a political interest in keeping figures like Gyula Horn and the post-communist stratum and their allies in power, who then retained their economic, cultural and power dominance for two decades. Owing to the interests mentioned above, the anti-communist Orbán government, which holds national identity in high regard, is now seen as an obstacle to devotees of European integration and a United Europe. That is why the Hungarian prime minister fails to measure up to their “sophisticated conditions of checks and balances and democratic rule of law.”

The author may upset some by stating that Western European countries have never been interested in helping our region catch up; instead, they were more inclined toward “deliberately extending our subordinate role.” She finds that to this day, the West is convinced that Eastern Europe has not been able for some 200 years to recover from barbarism and catch up. They let themselves think that only they are capable of leading us on the right path. And for them, it was natural that the Iron Curtain was formed as a seemingly long-standing boundary, “a kind of Chinese wall,” dividing our continent. They considered this existing boundary, according to Larry Wolff, to be legitimate and necessary for centuries. This is why the former “winners” insisted so much on continuing the Soviet occupation of Central and Eastern Europe, even though by then, it was quite clear that the Soviet Union had collapsed. The robber capitalism mentioned above was sold as something like the Marshall Plan while, in the words of György Matolcsy, we “allowed our strategic sectors to be acquired by large Western European companies – a mistake – and bore the burdens of an asymmetric market transition” .

Three decades have passed, and they still say Eastern Europe and Eastern Europeans have not been able to “climb to the level of Western civilization,” this is why the Germans (who are sharply criticized by Schmidt) use the term “new federal states” as Brussels refers to the otherwise essential region as the “newly joined.” After all, we provide “living proof of their superiority.”

The financial crisis of 2008 put an end to the conforming policy of the Central and Eastern European region, and contradictions surfaced from an even more serious challenge: the migration crisis of 2015, which caused economic, social, security, and ideological tensions. The year 2015 was also a watershed moment for Hungary since it had had enough of the Western elite’s babysitting and the lies of its media, news organs that had drilled into us all our lives how to think about the independence and objectivity of the Western press and its “parallel realities.”

According to Schmidt, Western Europeans killed all illusions about themselves in a matter of seconds, which was further reinforced by Britain’s exit from the EU and the Brussels bureaucracy’s faulty responses to it. Finally, the coronavirus pandemic confirmed that only nation states are able to take measures to protect people, while Brussels and other international organizations, which are still organized according to the logic of the Cold War, have proven to be utterly useless. Meanwhile, to cover up their incompetence, they began rule-of-law battles against the sovereignty of Hungary and Poland.

The symbolism of the book cover (taken from René Magritte’s “La Clef des champs”) perfectly describes the content: By pulling back the red curtain (overthrowing communism), a window opens to the free world, and after breaking the glass, that world reveals itself to be our own, since after many failures and successes, we are the ones who have made freedom natural and self-evident.

As Mária Schmidt puts it, “We have reason to be proud.” 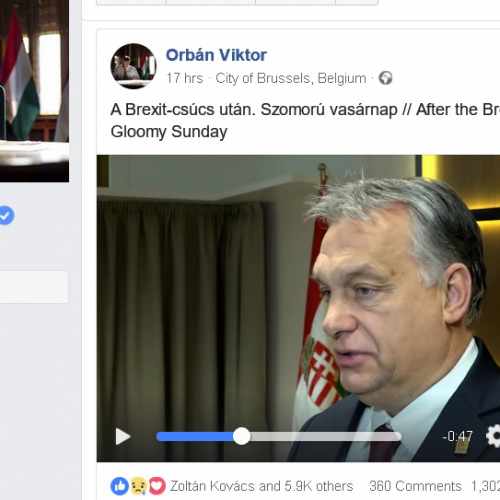 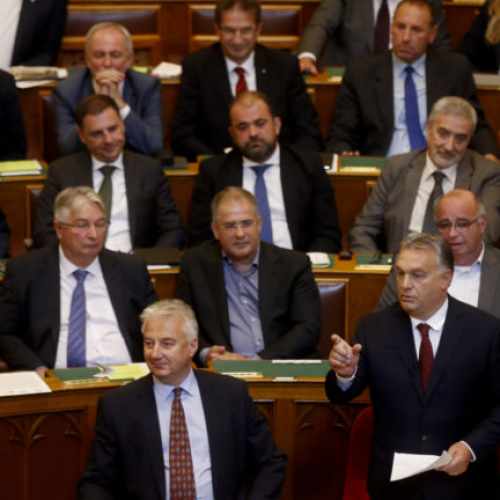