Erdoğan: If France refuses to withdraw the ‘separatism’ law, millions of Muslims will be angered 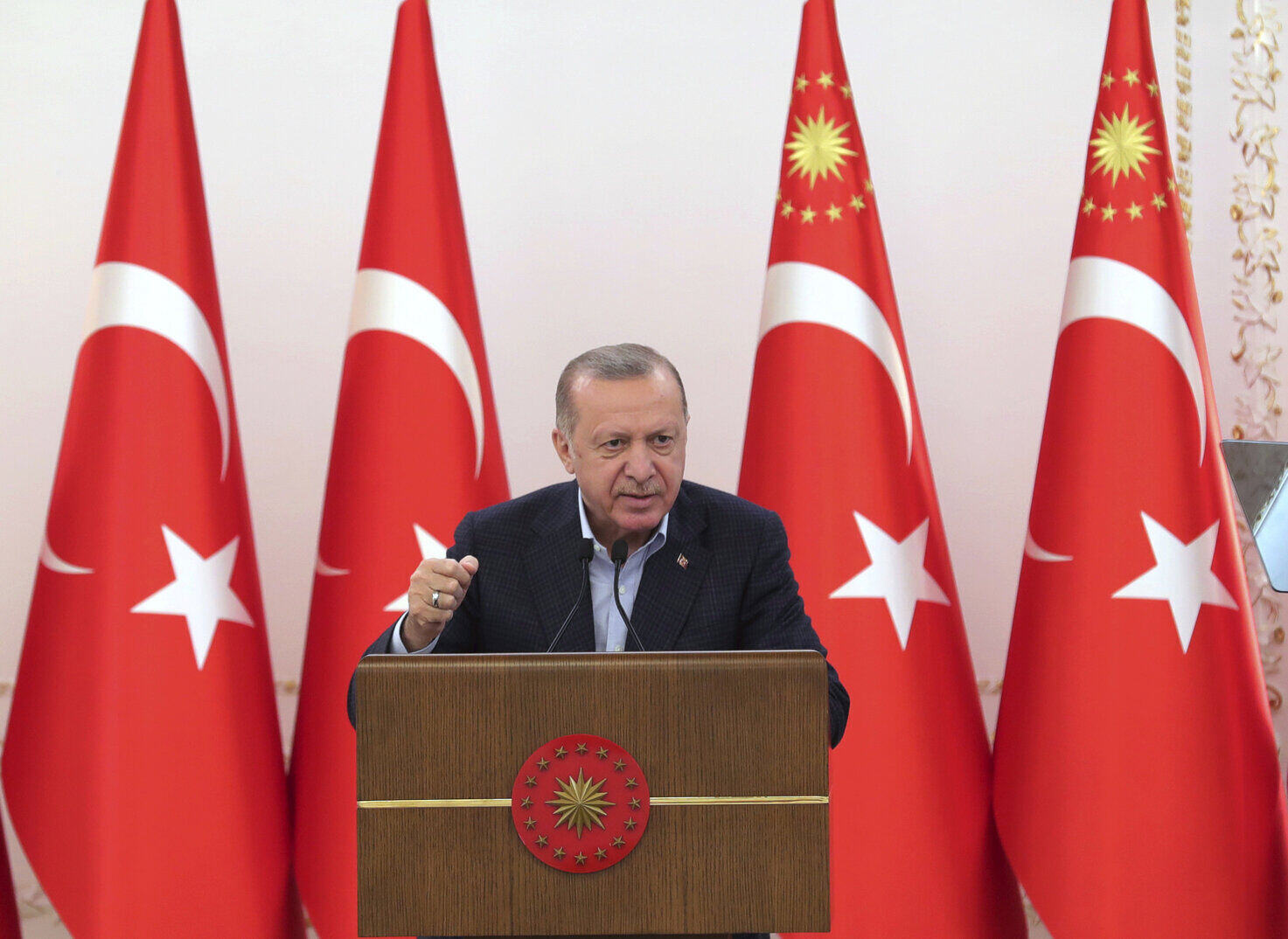 Turkish President Recep Tayyip Erdoğan is again attacking French domestic policy, describing the bill against “separatism” in France as “the guillotine of French democracy”. Furthermore, Erdoğan said in his speech that if the law passed in this version, it would upset millions of Muslims.

The adoption of the law “is openly contrary to human rights, freedom of religion and European values,” the Turkish President said during a speech in Ankara on Wednesday.

He is convinced that the version of the law, which is currently being discussed by the French National Assembly, will only serve extremism. However, Erdoğan claims that NGOs funded mostly by Muslim countries will be exposed to pressure under the law.

According to Erdoğan, there is no difference between the atmosphere of hatred for Jews in Europe before World War II and the atmosphere in which Muslims are today.

The “separatism” law, which has been in preparation for many months and was recently submitted by the government, aims to prevent emerging parallel Islamic societies in France and to combat Islamism in the country. At the same time, it aims to integrate migrants into French society, all at the time of continuing Islamization of the country, when, according to the opinion of half of the French population, civil war is imminent.

“Obviously, such a bill will cause concern among the Turkish community and millions of Muslims … We call on the French authorities, first of all, President (Emmanuel) Macron, to act with common sense. We expect the bill to be withdrawn as soon as possible,” stated Erdoğan.

At the same time, the Turkish president emphasized that Ankara was ready to “cooperate with France” in the fight against terrorism and “the integration issue.”

This interference of Turkey in French domestic policy is not the first in recent times. The adoption of the “Charter of the Principles” of Islam in France by the French Muslim Council in January prompted Erdoğan’s anger. He accused Macron of being biased against Muslims.

Last October, the Turkish president caused a diplomatic rift when he questioned Macron’s “mental health” and accused him of running a “hate campaign” against Islam because the French president was defending the right to produce caricatures of the Prophet Muhammad.

Title image: Turkey’s President Recep Tayyip Erdogan speaks during an event in Ankara, Turkey, Saturday, May 8, 2021. In a speech after the breaking of Ramadan fast late Saturday, Erdogan, has strongly condemned violence in Jerusalem. On Friday, more than 200 Palestinians were wounded in clashes at the Al-Aqsa Mosque compound and elsewhere in Jerusalem, drawing condemnations from Israel’s Arab allies and calls for calm from the United States, Europe and the United Nations. (Turkish Presidency via AP)