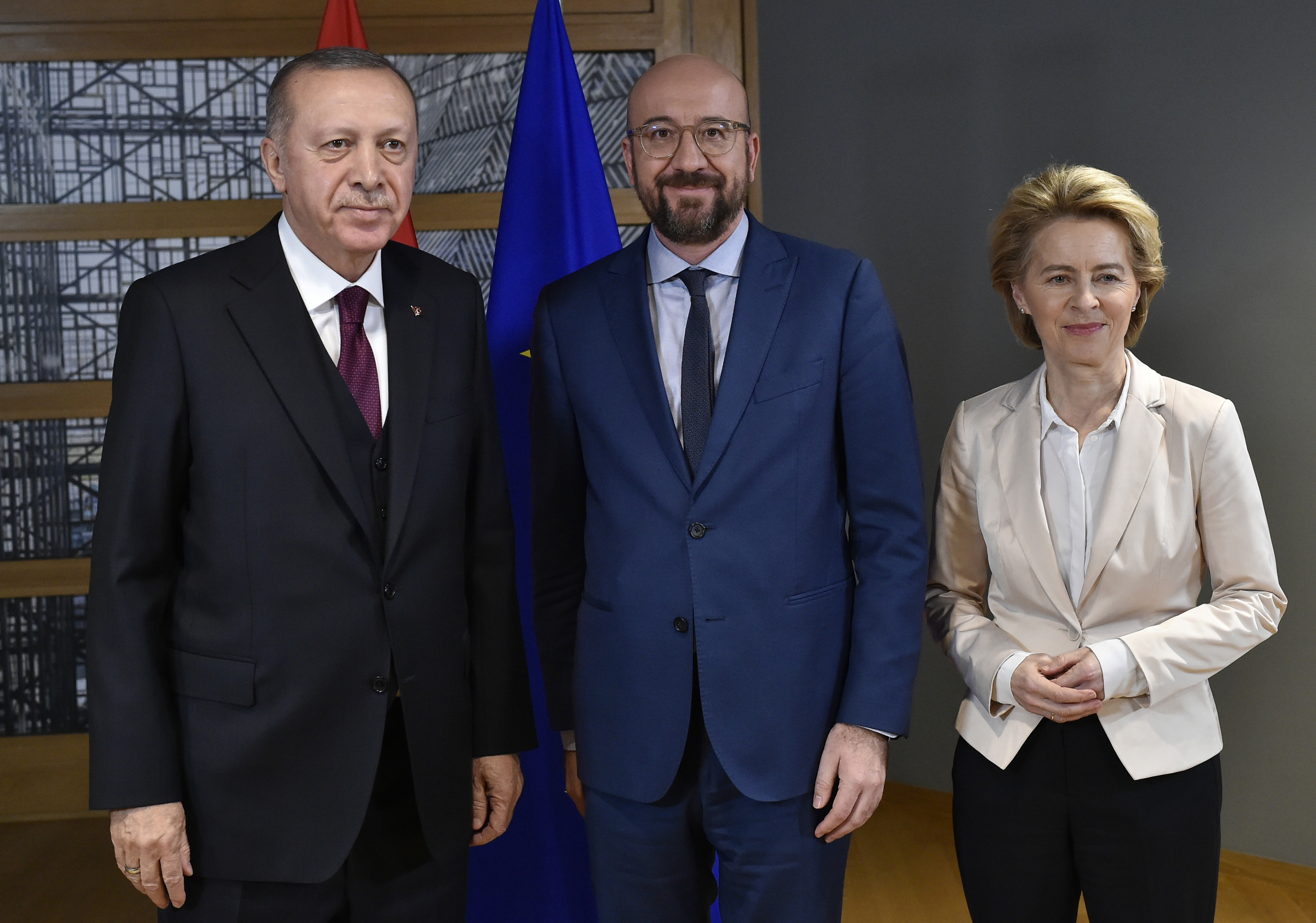 “This is my proposal to Greece: open the doors. Those people will not stay in Greece permanently and let them cross into other countries in Europe,” he said after leaving the meeting in Brussels.

Turkey’s leader has continuously made similar remarks throughout the week, warning that Greece should open its border and “fix” the crisis by letting migrants enter Europe.

After Erdoğan’s brusque departure on Monday, the best von der Leyen could say was that the two sides had a frank exchange of views. Reportedly, one of the major sticking points was that Erdoğan said Turkey would continue to allow the unchecked departure of the millions of migrants it is currently hosting unless Europe gave him more money.

On their part, EU leaders von der Leyen and Michel stressed that the EU was sticking to its 2016 pact with Turkey, disbursing the installments of  the agreed-upon €3 billion.

Numerous EU leaders have accused Turkey of “blackmail”, saying he is using migrants as political weapons to extract money and concessions from Europe.

Fresh on the heels of the failed summit with Erdoğan, the EU announced it has set up an emergency investment fund to alleviate the economic effects of the coronavirus outbreak.

On Tuesday, EU leaders held emergency talks by video conference, and agreed on a coordinated approach for the procurement of medicines, medical devices and protective equipment, so health services are prepared for the number of coronavirus cases as they continue to increase.

Von der Leyen said the European Union will “do whatever it takes” to deal with the financial impact of the coronavirus epidemic. It is expected that €25 billion will be raised quickly to be directed to EU countries.

The fund will target health systems, small and medium-sized enterprises, the labor market and other vulnerable segments of the EU economy.

“We are ready to use all the necessary tools,” European Council President Charles Michel said at a news conference after the 27 leaders’ video conference.

Von der Leyen added that “in order to implement the idea, I will propose to the council and parliament this week to release €7.5 billion in targeted funding. I will create a working group that will be in contact with member states to ensure that money starts moving in the coming weeks.”