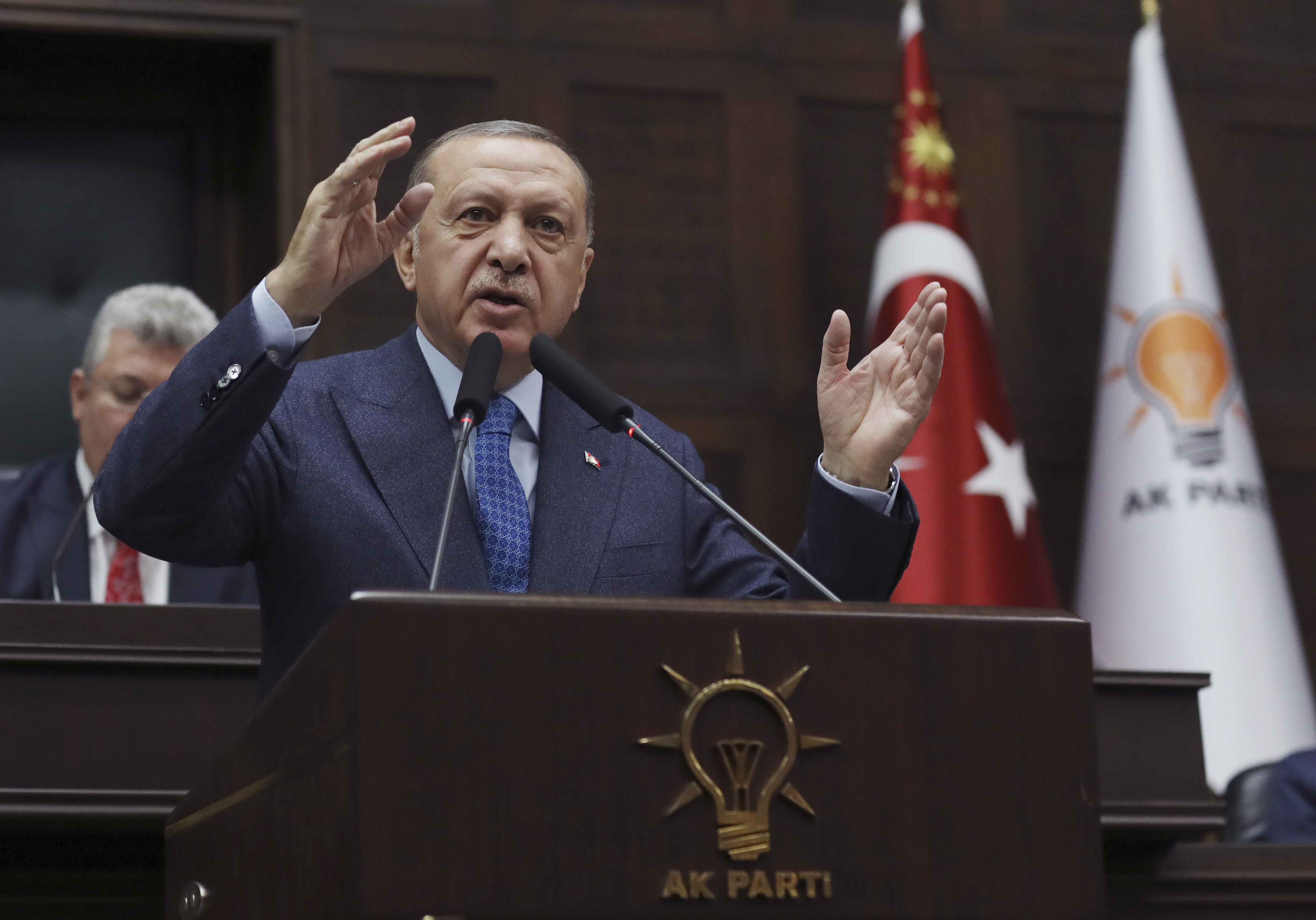 Turkish President Recep Tayyip Erdoğan plans to keep the border open to migrants until Europe allows visa-free travel from his majority-Muslim nation, which has a population of over 80 million, and gives in to other demands such as an updated custom union, according to Die Welt.

“Until all Turkey’s expectations, including free movement, updating of the customs union and financial assistance, are tangibly met, we will continue the practice on our borders,” Erdoğan said in a televised speech.

Although the negotiations between the European Union and Turkey on the migration crisis on the Greek-Turkish border have so far failed to result in an agreement, Erdoğan has a clear agenda behind his continuous warnings to Europe.

“With the warming of the weather in the spring, the influx of irregular migrants heading to Europe will not be limited to Greece but spread all over the Mediterranean,” Erdoğan said during a session of parliament in Turkey.

European Commission chief Ursula von der Leyen and German Chancellor Angela Merkel both spoke about the need to update the EU’s 2016 agreement with Turkey and not just to limit the update to border control, but also to other points of cooperation.

On Wednesday, Turkey’s head of diplomacy, Mevlüt Çavuşoglu, confirmed such intentions by saying that Turkey’s 2016 migration agreement with the EU needs an update due to developments in Syria. Çavuşoglu wants to negotiate the update by March 26, so that subsequent EU summits could approve it.

Turkish President Recep Tayyip Erdoğan said he intends to keep the borders open for migrants until the EU meets all of Turkey’s demands. Moreover, the Turkish President recently likened the Greek authorities’ treatment of migrants trying to reach the EU to the German Nazi Party’s crimes against humanity.

Erdoğan has a history of smearing Europeans with the Nazi label, including likening German Chancellor Angela Merkel to Adolf Hitler after European countries denied the Turkish president’s ruling party from holding electorate rallies in countries like Germany where many Turks are still eligible to vote in Turkish elections.

Merkel even had to request the Turkish leader to stop the Nazi taunts due to his frequent use of them, according to the BBC.

According to the diplomatic sources cited by Die Welt, Ankara wants to update four points of the 2016 migrant agreement, which has kept Turkey’s 4 million migrants out of Europe up until this month.

Ankara considers a visa-free regime the most crucial aspect of the deal for the Turks.

Turkey has not yet complied with five of the EU’s 72 requirements to achieve visa-free travel. The EU wants Turkey to change its controversial anti-terrorism law and release detained journalists. The Union also demands state employees, dismissed on suspicion that they are adherents to Islamic scholar Fethullah Güllen, to return to their jobs.

France, Austria, Denmark, and Sweden are among the opponents of visa liberalization for Turkey.

Ankara also demands to update the customs union with the EU, which would benefit Turkish agriculture and services. Negotiations on the subject were suspended by the Union two years ago because of the political situation in the country.

The Turks also refer to Article 9 of the 2016 deal, which applies to the establishment of a security zone in Syria near the Turkish border and EU financial support for construction in the area.

If the Union acceded to this request, it would be directly drawn into violating Syria’s sovereignty and territorial integrity.

Ankara also says it requires regular summit meetings, which would strengthen Turkey’s prestige and give it another tool of pressure on the EU.

Title image: Turkish President Recep Tayyip Erdogan, addresses the members of his ruling party in Parliament, in Ankara, Turkey, Wednesday, March 11, 2020. Erdogan on Wednesday made the incendiary claim that the Greek authorities’ alleged mistreatment of migrants at its border was comparable to “what the Nazis did,” and said he would denounce Greece’s action at international platforms. (AP Photo/Burhan Ozbilici)