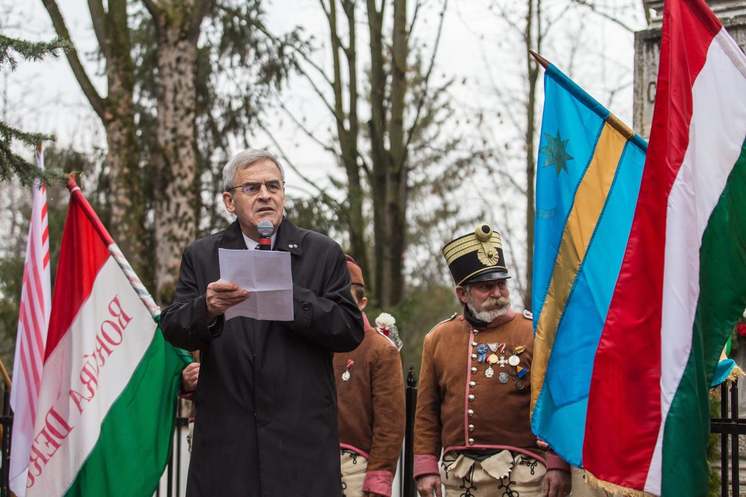 After five years of deliberations, the European Court of Human Rights (ECHR) ruled in favor of Transylvanian Hungarian protestant bishop and former politician László Tőkés in the case he brought to the court after a Szekler (a group of ethnic Hungarians in Romania) flag was ordered to be removed from his office balcony, daily Magyar Nemzet reports.

Back in 2014, the 69-year-old Tőkés, credited with sparking the uprising against communist dictator Nicolae Ceaușescu, displayed a Szekler flag on the balcony of his office in the Romanian city of Nagyvárad (Oradea). Prompted by local authorities, the Bihar (Bihor) county court ruled in 2015 that the flag was an advertisement and ordered it to be removed. In 2016, Tőkés lodged a complaint against violation of the freedom of expression with the ECHR.

In its judgment issued on Tuesday, the Strasbourg-based ECHR did not uphold with László Tőkés’s view that official interference with the right to free expression had no legal basis, but upheld his complaint, stating that in its proceedings the Romanian court ordering the removal of the Szekler flag did not investigate all aspects of the case, and the arguments sustaining the court decision were incomplete.

The ECHR found that the judgment ordering the removal of the flag, which was classified as an advertisement, was too vague and did not contain sufficient information to enable it to ascertain the reason for the proceedings. Due to the violation, the human rights court ordered Romania to pay monetary compensation.

At the time of the flag case, Tőkés was a member of the European Parliament.